Bournemouth beat Huddersfield Town 2-1 on Tuesday night to end a run of four consecutive defeats. They had made a fantastic start to the season before that and are still in a very respectable 7th position, ahead of Manchester United on goal difference.

Bournemouth did face Manchester United, Arsenal and Manchester City as part of that four-game losing streak so their form isn’t as bad as it may first appear.

Jurgen Klopp’s men fought their way to a priceless 3-1 win at Burnley on Wednesday after initially going behind in the second half.

This team has now made the best start to a league campaign in the club’s 126-year history. Liverpool have 39 points from a possible 45 so far and are trailing Manchester City by two points at the top of the table.

Bournemouth are only missing two players through injury at the moment. Dan Gosling and Adam Smith are currently out of action with Smith not due back from injury until February.

I think Eddie Howe could well be brave with his Bournemouth lineup and set his side out in a 4-4-2 formation with Joshua King and Callum Wilson up front.

Ryan Fraser will be one to watch for The Reds as the in-form Scottish international has four goals and seven assists in the Premier League already this season.

Klopp made seven changes to Liverpool’s starting eleven for their win at Burnley during the week. I expect another big rejig to the lineup on Saturday.

Joe Gomez picked up a bad ankle injury at Burnley and could be out for a few weeks. Alex Oxlade-Chamberlain is out until May at least while Nathaniel Clyne and Dominic Solanke are also both unavailable for selection due to injury.

Dejan Lovren is expected to be available as he should have recovered from his current illness. Sadio Mané (cut foot) and Andy Robertson (dead leg) are facing late fitness tests before travelling to Bournemouth.

I expect (and hope) Klopp goes for the 4-2-3-1 formation with Lovren coming in to replace Joel Matip at centre-half with Trent Alexander-Arnold and Robertson returning to their fullback positions.

Fabinho should partner Gini Wijnaldum at the base of the midfield after both were rested for the win at Burnley. Xherdan Shaqiri could start his third game in a week as part of the attacking line of three supporting Mohamed Salah. 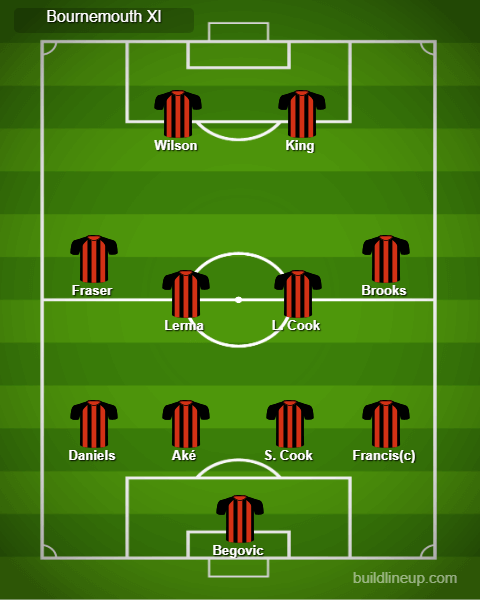 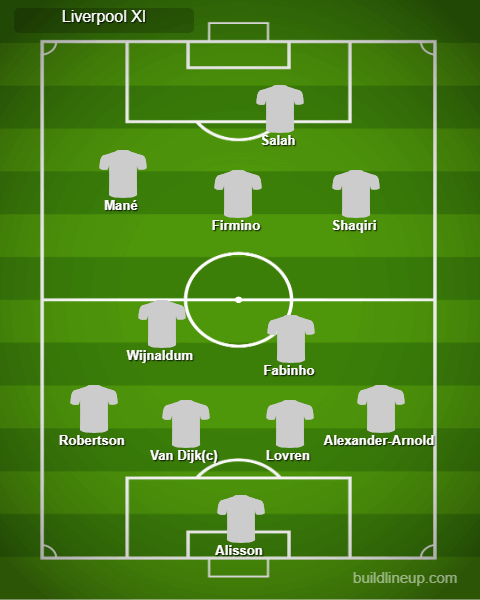 Liverpool’s last trip to Bournemouth ended in a 4-0 win for The Reds back in mid-December 2017. Goals from Philippe Coutinho, Dejan Lovren, Mohamed Salah and Roberto Firmino sealed the deal for Klopp’s men that day.

The season before that, Bournemouth won this fixture 4-3 thanks to a late goal from Nathan Ake.

There is normally plenty of goals in these games between Bournemouth and Liverpool. In their last five meetings, there have been no less than three goals in all of those games with an average of just over four goals per game. I think The Reds will get another win, even though they are going to have to be very wary of The Cherries’ attacking threat.

The comeback victory over Burnley on Wednesday night has just reinforced Liverpool’s belief and they seem to be going from strength to strength in the league. I expect the good form to continue with a 3-1 win at the Vitality Stadium.