After a great start upon their return to the Premier League, Wolves then hit a bumpy patch, starting in October and going right thru November too. Nuno Espirito Santo’s team lost five of their six league games in that period but have won their last three games in a row, including a 2-1 home victory over Maurizio Sarri’s Chelsea.

Wolves are currently 7th in the Premier League table, just one point behind Manchester United. Everton, West Ham and Watford sit just one point back behind the Molineux side.

Liverpool have won their last five games in all competitions. In that time, Jurgen Klopp’s charges have gone top of the Premier League and ensured their qualification for the knockout stages of the Champions League, where they have been drawn to play against Bayern Munich.

As you can see from the below table, The Reds’ xG stats have been improving in recent weeks as they have begun to start dominating games much as they did for much of last season.

Liverpool enjoyed total control in matches against Manchester United, Napoli and Everton. Bournemouth were on the end of the heaviest defeat in the last five games but that was more down to impeccable finishing from Mohamed Salah than total domination in that game.

Diogo Jota has a hamstring injury and could miss this game. This would be a big loss for Wolves as Jota has played very well in his last couple of games.

Nuno has been setting his side up in a 3-4-3 formation this season with former Red, Conor Coady, captaining the side from the heart of the defence.

A central-midfield partnership of Joao Moutinho and Ruben Neves has been doing a great job for the promoted side while Matt Doherty and Jonny Castro have been as consistent as ever in the wing-backs/wide midfielder roles.

Up front, Raul Jimenez has scored 5 goals in 17 league appearances since his arrival on loan from Benfica.

Klopp is without three defenders for Friday night’s fixture. Trent Alexander-Arnold, Joel Matip and Joe Gomez are all out with Alexander-Arnold the only one who will be back in action before January.

James Milner has a slight muscle problem so may not be at 100% for the Wolves game. I still expect him to make the starting eleven, possibly replacing Nathaniel Clyne at right-back. I think Clyne was brilliant against United under the circumstances, however, another two successive starts so soon after a lengthy layoff might just be too much for the former Southampton defender.

In midfield, I hope Klopp sticks with Fabinho and Gini Wijnaldum at the base. I expect Xherdan Shaqiri to start after his heroic cameo appearance on Sunday so it should be a 4-2-3-1 formation for The Reds. 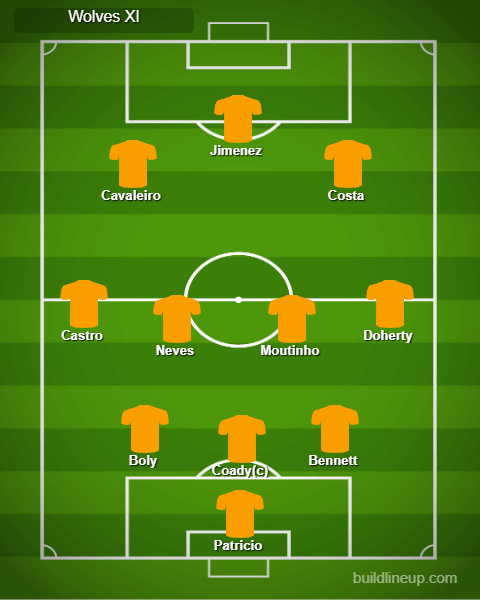 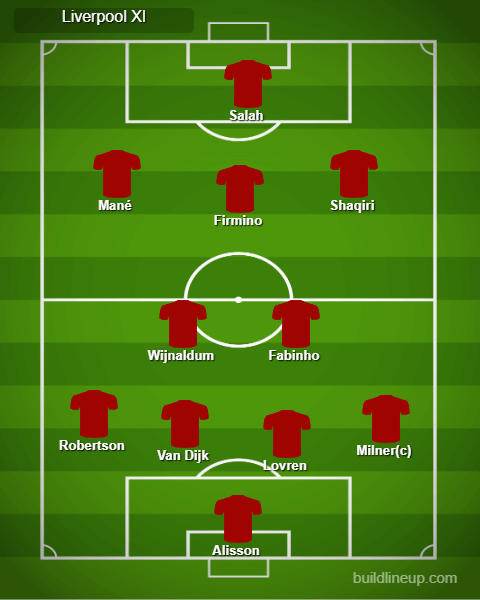 The last meeting between these two sides was Wolves’ 2-1 FA Cup victory at Anfield in January 2017. Paul Lambert was in charge for that victory over Klopp’s Reds. On the pitch, Helder Costa, Doherty and Coady were the only players for Wolves who could feature on Friday.

For the sides’ last game at Molineux, you have to go back to January 2012 when goals from Andy Carroll, Dirk Kuyt and Craig Bellamy gave Liverpool a 3-0 win.

This game will be a tougher challenge for Liverpool than what Manchester United put up against them at Anfield last Sunday. Nuno seems to be building something quite special at Wolves and if they can hold onto stars like Neves they could be challenging for Europa League qualification as early as next season.

I’m hoping Klopp and co can put a dent in their progress on Friday, though. We are now reaching the midway point of the season. Let’s still be top when we visit City on January 3rd.

Come on you Redmen!!