Things are becoming very real for The Reds at the top of the table. Seven straight league wins since their 1-1 draw with Arsenal in early November means Liverpool are sitting pretty at the top of the Premier League table.

Jurgen Klopp’s men are now four points ahead of Manchester City after Crystal Palace’s remarkable upset at the Etihad Stadium on Saturday.

The Reds are playing some fantastic stuff, picking up a much-needed league win over Manchester United and then taking all three points at Wolves on Friday.

Fabinho is settling in brilliantly while Mohamed Salah looks to be getting back to his usual sharpness. As for Virgil van Dijk at the back… what a fantastic player. Absolutely remarkable.

Newcastle had to wait until November for their first Premier League win of the season but since then they’ve won four of their last seven games. Rafa Benitez continues to defy the odds in the face of consistent adversity at St James’ Park and looks like he may once again lead this squad to safety in English football’s top division.

The Magpies were disappointed to only get the draw from their home game with Fulham at the weekend, especially after an impressive 1-0 win at David Wagner’s Huddersfield the week beforehand.

Naby Keita could miss out on the Newcastle game after going off injured again in Friday night’s win at Wolves. Trent Alexander-Arnold is touch-and-go for Wednesday but will most likely not be risked.

Joel Matip and Joe Gomez are both out until the new year while Alex Oxlade-Chamberlain continues his long road back and is not expected to be fit until the summer.

Jurgen Klopp has been gradually moving this Liverpool side towards a 4-2-3-1 shape but Wednesday I think we will see Fabinho rested and a return to the 4-3-3 with Jordan Henderson, James Milner and Gini Wijnaldum in the middle.

Nathaniel Clyne should fill in at right-back again with Dejan Lovren still partnering Virgil van Dijk in the centre of defence.

Newcastle are expected to be without Ciaran Clark, Florian Lejeune, Jonjo Shelvey and Karl Darlow for Wednesday’s game.

It will be interesting to see how Rafa lines his team out but it’s possible that he will go with a 5-4-1 formation in the hope of snatching a point from this game.

Salomon Rondon will be the lone striker while Kenedy and Matt Ritchie will be tasked with supplying the ammunition to Rondon from the flanks. 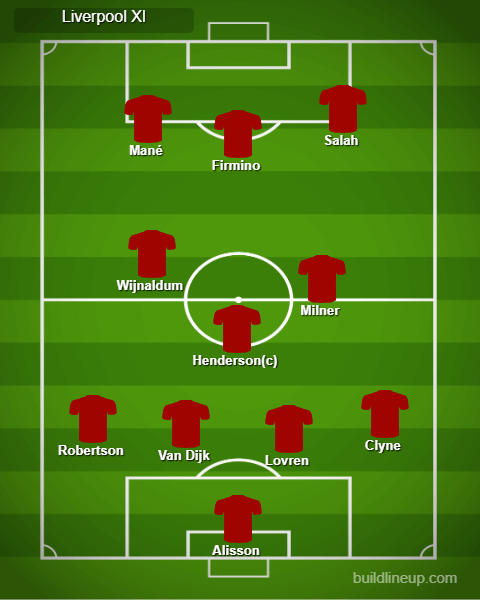 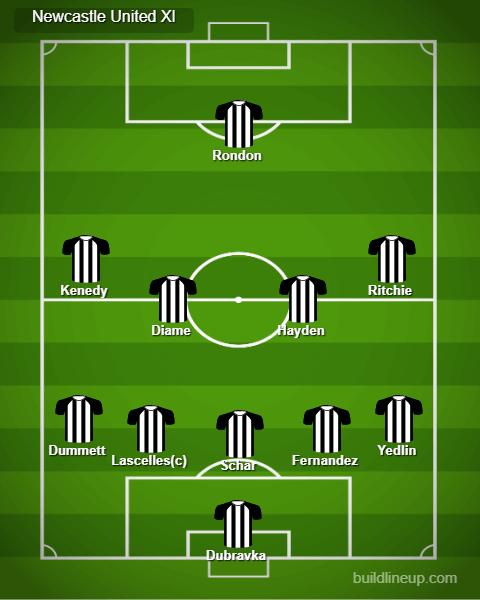 The Reds won this fixture 2-0 back in March with goals from Mohamed Salah and Sadio Mané. The sides drew 1-1 at St James’ Park last season after a Joselu goal cancelled out Philippe Coutinho’s opener in the first half.

I think Liverpool’s defence should be able to hold tight against Newcastle’s attack. At the other end, Salah and co should create enough chances over the 90 minutes to put a couple away and take the three points, no matter how well organised Rafa has his Magpies defence!