Fabinho’s arrival on Merseyside was supposed to spell the end of Jordan Henderson as a Liverpool starter, despite the fact, the Liverpool No.14 retained the captaincy. However, the Brazilian’s arrival might be what reignites the former Sunderland youngster’s Liverpool career.

The pair got the nod against Wolverhampton Wanderers, their first start as a two this season, and looked fairly dominant as the Reds extended their lead at the top of the table to four points.

Up until that point, Jürgen Klopp had favoured his skipper in a midfield three while the £40million summer arrival was open paired alongside Gini Wijnaldum. It was working, too. The midfield three had the graft and experience while the two-man midfield complimented a more attack-minded front four.

It was a real horses for courses situation for Klopp.

Fabinho was arguably the man-of-the-match against Manchester United and rightfully retained his place in the starting XI for the trip to Wolves. The team announcement was followed by a number of questions.

Would Henderson, who has at times struggled in a midfield two, cope? Which of the two would be given the licence to push forward? Would this new duo impact the balance of the team?

The two quickly answered those questions and then some, putting to bed any doubts over whether it was a functional partnership immediately from the get-go. The pair flexed their muscles against a midfield three, and though it was more open than some matches have been this season, Liverpool’s xG for the match was 2.28 compared to Wolves’ 0.78. 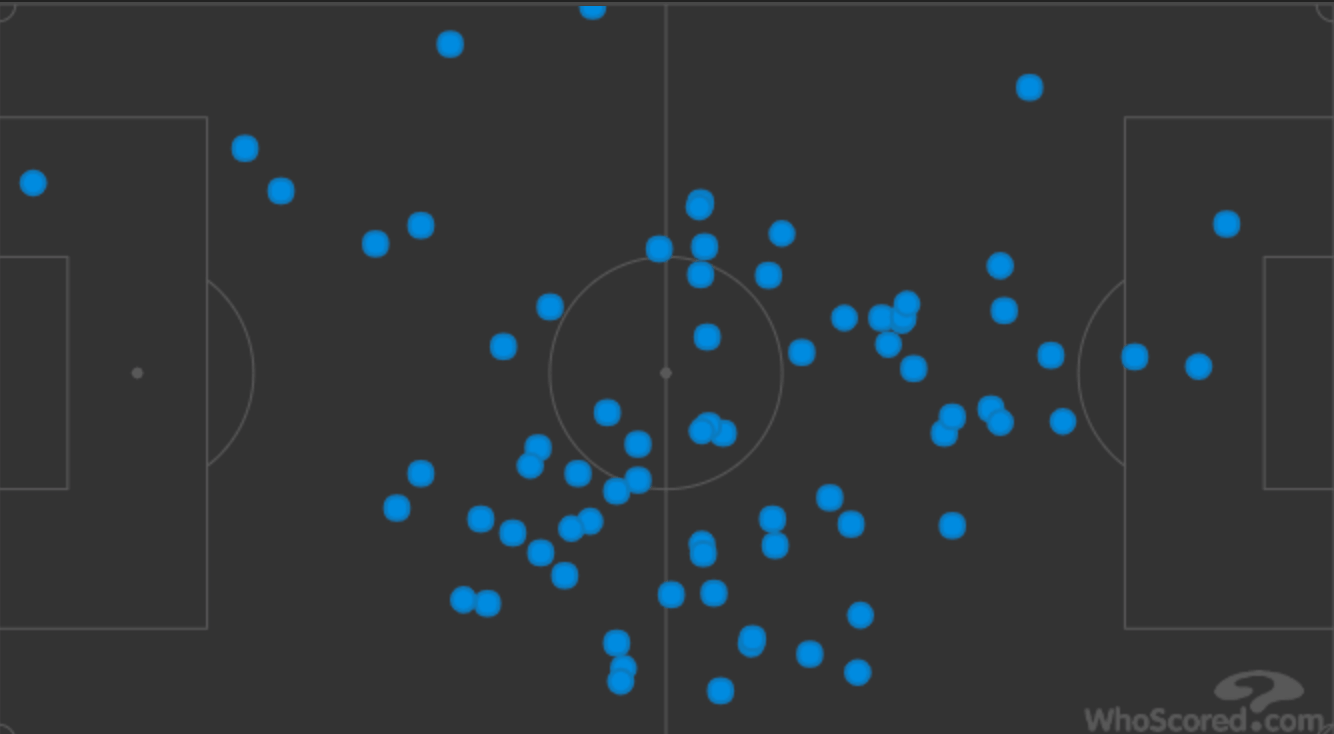 Fabinho’s touch map, courtesy of whoscored.com, shows he favoured the left-hand side a little more but he was still patrolling the centre of the pitch. The sole touch in the opposition’s penalty area was the assist for the opener as his cross found Mohamed Salah free in the box. The clinical Egyptian turned the ball home superbly and the Reds had their lead. 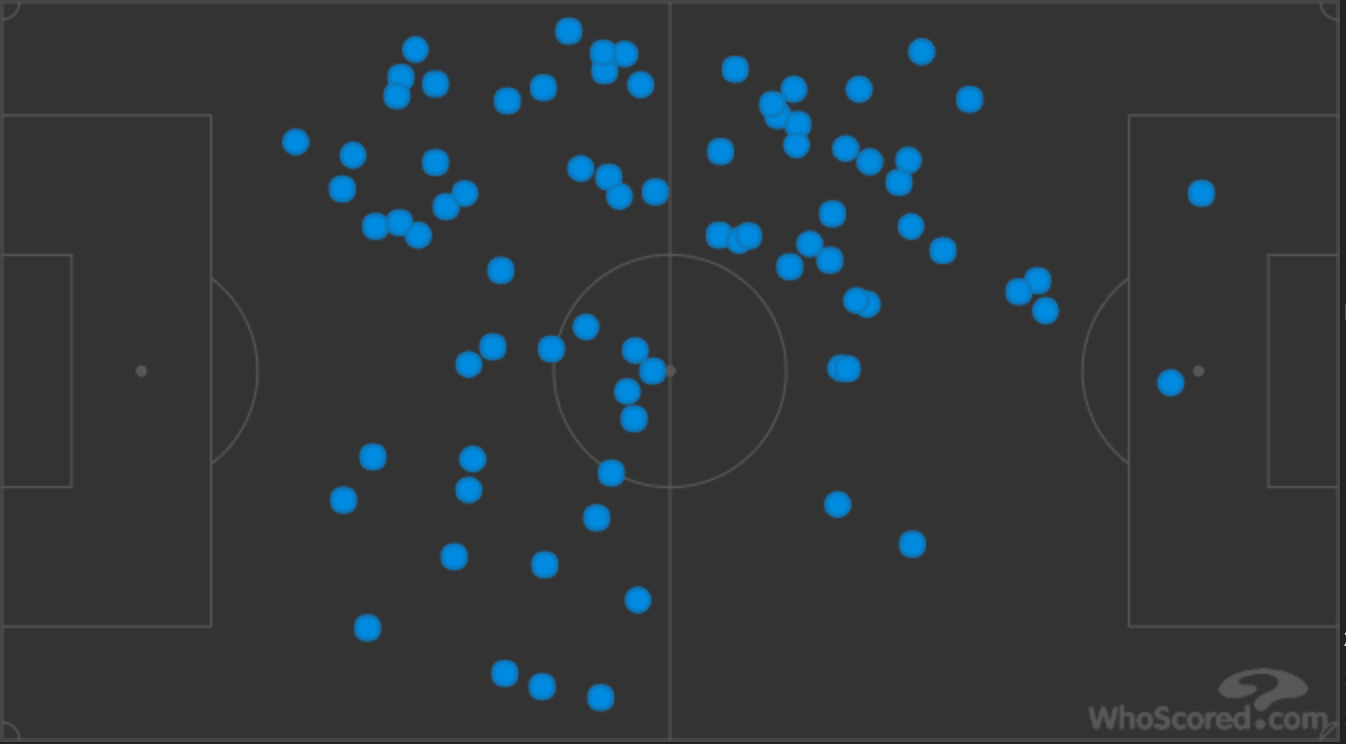 Henderson’s touch map, again courtesy of whoscored.com, basically mirrors that of Fabinho’s. The Liverpool captain favoured the right side but had an impact centrally, especially in the opposition’s half. It’s no coincidence that the 28-year-old impressed many playing in a role that he’s more natural in, having played it during his formative years.

The expressive, box-to-box Henderson is what convinced Liverpool to spend £16million to sign him in 2011. The same version of the No.14 was key to the team’s title challenge during the 2013/14 season. Unshackled from putting out fires as a sole defensive midfield and keeping play ticking over in the defensive third, he looks more at home.

A midfield two of Henderson and Fabinho could be formidable for Klopp. Both are over 6ft. Both gobble up the ground. Both have the physicality to really bully Premier League midfielders and as a partnership, they have all of the boxes for passing ticked off. Henderson’s short, crisp and direct passing keeps the ball moving and it stretches the opposition from side to side, while Fabinho’s incisive passes make the most of the runs the prolific forward line regularly make.

On paper, it’s the perfect combination. It’s also probably José Mourinho’s ideal midfield. A pair of grocks who have the stamina to run for 90 minutes, the physicality to bully most and the tenacity to want to win the ball back. The added bonus for Klopp is that both Henderson and Fabinho can pick out a pass.

The German tactician did, at times, favour Henderson and Emre Can as a two against some of the inferior teams in the Premier League. It worked, too, allowing him to field more attacking players knowing full well the midfield he’d selected could handle it even if outnumbered.

If anything, this midfield 2.0 variation is better with Fabinho probably more agile, and quicker over the ground, than the German he replaced at Anfield. This allows Henderson a bit more freedom to influence the game in the final third and Liverpool are a better team because of it.

It’s not a perfect combo, nothing ever is in football with teams forever evolving, and it isn’t a one-size fits all solution, but it should now be an option of the Reds in some of the more physical matches. You know the sort when the opposition are more interested in kicking the players instead of kicking the ball.

In the past, Liverpool have tended to have better ball players but now they have the presence in the middle third to compete, too, giving them the whole package.