This Liverpool team, created by Jurgen Klopp, has been displaying form the likes of which we have never seen before. Unbeaten and with 16 wins from 19 league games is simply out of this world. The achievements of this team in the first half of this season must never be underestimated.

Look at the table below. 14 goals for and only one conceded in their last five. The Reds have actually won their last seven games in all competitions, scoring 18 and conceding two over that period.

Let’s hope the second half of the season has a similar theme to it as Klopp’s mighty Reds aim to maintain, or increase, their lead at the top of the Premier League table.

Arsenal are fifth in the Premier League and were just knocked out of the League Cup by Spurs last week at the quarter-final stage. They have had to readjust after their fantastic unbeaten run was brought to an end at Southampton two weeks ago and will be disappointed with their 1-1 draw at Brighton on Wednesday evening.

James Milner currently has a tight hamstring and is a slight doubt for Saturday’s game. Joel Matip and Joe Gomez are not expected back until the new year and Alberto Moreno has a back injury which may keep him out of the squad for the Arsenal game too.

Former Gunner, Alex Oxlade-Chamberlain, is Liverpool’s only long-term injury casualty and is not due back to full training until April or May.

Klopp has some big decisions to make for the Arsenal game as, of course, he will also have the trip to Manchester City in mind. However, the City game is five days later so there is sufficient recovery time for whoever does play the full 90 minutes against Arsenal to be recuperated before travelling to the Etihad Stadium.

I think Klopp may play the 4-2-3-1 formation again as it has been the team’s regular shape in recent weeks. Jordan Henderson and Fabinho will be paired up at the base of the midfield with Xherdan Shaqiri, Roberto Firmino and Sadio Mané ahead of them. Mohamed Salah will lead the line from the front.

In defence, it will be Trent Alexander-Arnold, Dejan Lovren, Virgil van Dijk and Andy Robertson in the back four with Alisson in goals.

The Gunners will be without Hector Bellerin, Henrikh Mkhitaryan, Rob Holding, Danny Welbeck and Konstantinos Mavropanos while Shkodran Mustafi and Nacho Monreal are also considered to be major doubts ahead of this game.

In this case, Unai Emery will most likely select Ainsley Maitland-Niles at right-back with Sead Kolasinac on the opposite flank. In the centre of defence, it will probably be Sokratis alongside The Gunner’s French veteran defender, Laurent Koscielny.

Mesut Ozil will take the playmaker’s role for Arsenal ahead of a midfield trio of Granit Xhaka, Lucas Torreira and Matteo Guendouzi.

Up front, Arsenal could play Alex Iwobi off one of the strikers but I think we might see the partnership of Alexandre Lacazette alongside Pierre-Emerick Aubameyang. 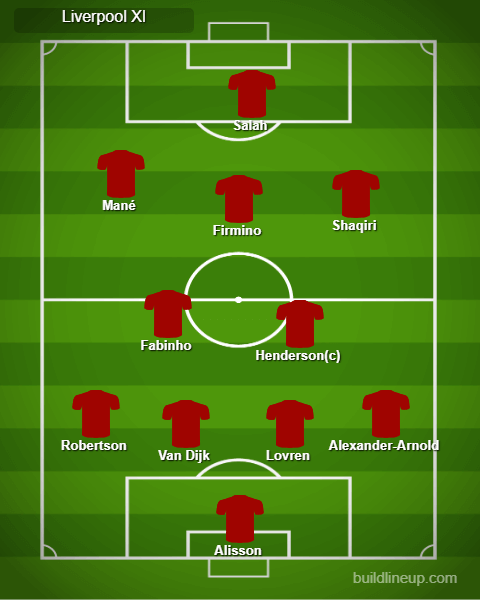 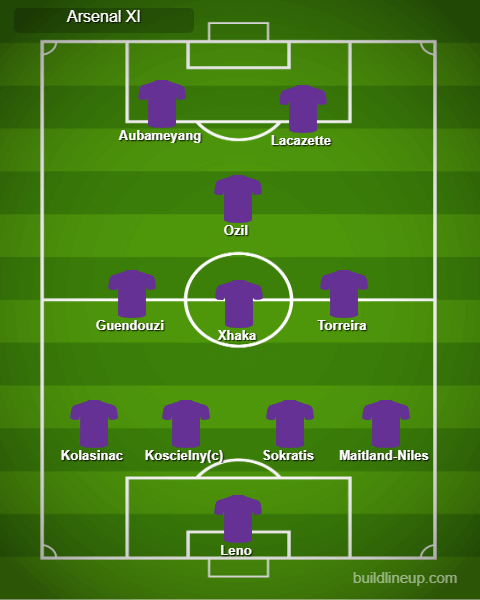 The sides drew 1-1 at the Emirates back in early November. It was one of only three league games Liverpool have not won this season.

The last meeting at Anfield was in August 2017 when The Reds won 4-0 thanks to goals from Firmino, Mané, Salah and Daniel Sturridge.

Neither side is afraid to go for the jugular and while there may be some initial ‘feeling each other out’ plays in the early stages this game should end up being an entertaining fixture with plenty of goals. I’m predicting Liverpool will keep their phenomenal form going and prepare for next Thursday’s trip to Manchester City with another huge three points here.