December proved to be a tough month for Manchester City as they suffered two league defeats in a row, at home to Crystal Palace and then away to Leicester City.

City have only won two of their last five in all competitions, needing a penalty shootout to overcome Leicester City in their League Cup tie.

They did look to be back to their old selves at Southampton, however. With Fernandinho and David Silva also back in the squad we may not see another dip in form from this City team for quite some time.

December was a month like we’ve never seen before as Liverpool fans. No club in English football’s top-flight has ever won as many games in a month. The Reds’ record for December – played 8, won 8, scored 23, conceded 3.

Seven of those wins were in the Premier League and that form has propelled Jurgen Klopp’s side to the top of the table, seven points clear of City.

As you can see from the xG stats below, The Reds are suddenly beginning to steamroll teams as they did for much of last season too. We are no longer grinding out the wins as we did for the first two or three months of this season. Liverpool are dominating games again and attacking with the force we were familiar with on the road to Kiev.

Kevin De Bruyne is a doubt for City and it could well be a huge risk for Pep Guardiola to play him as he is suffering from a muscle injury. Guardiola may opt to have the Belgian playmaker on the bench.

Ilkay Gundogan is also carrying a slight knock but should be available for this game.

Benjamin Mendy’s knee injury will keep him out until late February. Fabian Delph is suspended so City will most likely go with Oleksandr Zinchenko at left-back.

Kyle Walker has not started the last two games for City with Guardiola opting for Danilo at right-back. I expect Walker to be back in the starting eleven for this one, though.

City’s midfield trio will be the two Silvas, Bernardo and David, on either side of Brazilian international, Fernandinho.

Up front, Sergio Aguero will lead the line with support from Rhiyad Mahrez and Raheem Sterling on the flanks.

James Milner is fighting to be fit in time for selection but Liverpool will definitely be without Joe Gomez and Joel Matip at the back.

Alex Oxlade-Chamberlain is Liverpool’s only long-term injury absentee but there was also good news on that front in that the former Arsenal midfielder could be back in full training as early as March.

Klopp has little choice with his back four so it will be Trent Alexander-Arnold, Dejan Lovren, Virgil van Dijk and Andy Robertson across the line. To be fair to Lovren, he has done a solid job since replacing the injured Joe Gomez earlier in December.

In midfield, I’m hoping it’s two at the base with a creative three ahead of them. For this game, I think it will be Jordan Henderson and Gini Wijnaldum anchoring the midfield with Xherdan Shaqiri, Roberto Firmino and Sadio Mané playing just behind our striker, Mohamed Salah.

I think it will be Henderson, simply because Fabinho looked nervous and seemed to struggle with the pace of the game a bit against Arsenal in the early stages. He did come into the game and ended up playing well but Klopp might just opt for the more-experienced Henderson alongside Wijnaldum as there is far less room for error when playing City at the Etihad. 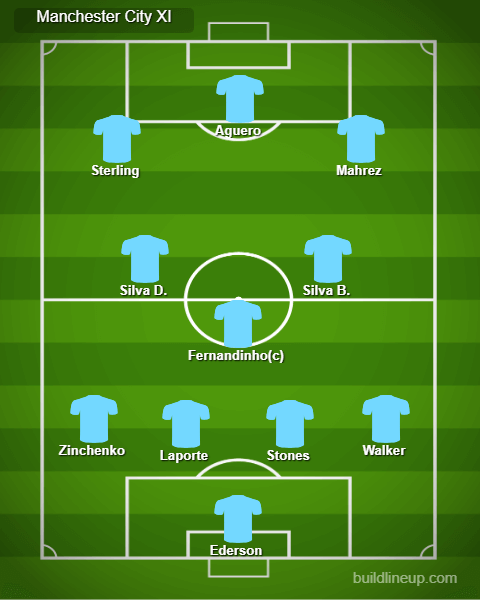 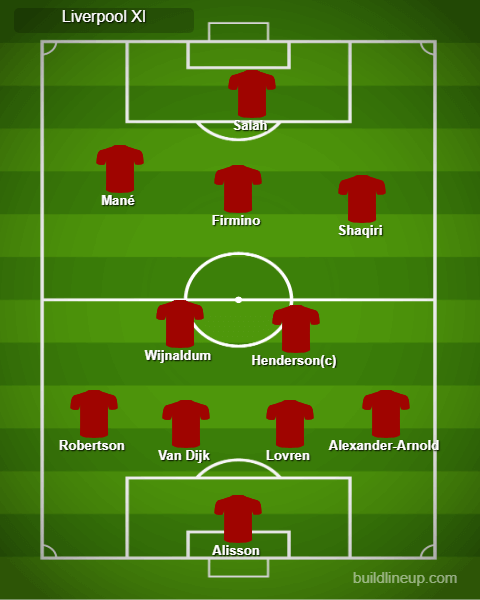 The sides played out a 0-0 draw at Anfield back in October in a game where Mahrez could have won all three points for City but he blazed his late spot-kick effort high over Alisson’s crossbar.

Last season’s Premier League fixture at the Etihad ended in a demoralising 5-0 win for City after Mané’s red card in the first half.

Since that defeat, the sides have met four times and Liverpool have not lost any of those fixtures – two games in the league and two in the Champions League.

Thursday night’s fixture promises to be a full-blooded affair and will be a very different game than the 0-0 we watched at Anfield back in October. City have to go for all three points to close the gap on The Reds while we just know Klopp and his team will be looking to extend the lead even further by catching City on the break at every opportunity.

The goals should be flowing and it really is so evenly matched between the two sides that, to use an overused cliche, it could go either way. But it really could! I’m going for a 2-2 draw in this one.