Nuno Espirito Santo’s side have shown some real inconsistency in recent months. Wolves currently sit 9th in the Premier League table though so they would have to be very happy with that upon their return to English football’s top division. They had a fantastic 3-1 win at Spur in their final game of 2018 but then followed that up by losing 2-0 at home to Crystal Palace in their most recent match. That was Wolves’ second home defeat in a row with Liverpool winning their league game 2-0 at Molineux just before Christmas.

Liverpool’s primary concern this season is the Premier League title. The form displayed by Jurgen Klopp’s men this season, especially in recent months, has been nothing short of fantastic. An unlucky outcome against Manchester City last Thursday led to The Reds’ first league defeat of the season.

Klopp will not be taking the FA Cup seriously and I don’t want him to. I’d like the reserves out for this game. It will have been 29 years this May since LFC last won a league title and we’ve never had a better opportunity to end that drought.

Diogo Jota and Romain Saiss are both carrying slight knocks but are expected to be available for selection on Monday night.

It’s difficult to know how Nuno will approach this game but he’s sure to smell the opportunity of an upset with Liverpool’s focus undoubtedly targeted towards maintaining their push for the Premier League title.

Wolves should be in their usual 3-4-1-2 formation with former-Red, Conor Coady, marshalling the backline. John Ruddy could get a rare start in goal with Leander Dendoncker coming in for Wilfried Boly at left centre-back.

I expect Ruben Vinagre to take Jonny Castro’s left wing-back role for this game with Leo Bonatini and Adama Traore pairing up in attack.

Liverpool are still missing Joe Gomez and Joel Matip with neither of them expected back for at least another two weeks.

Of course, Alex Oxlade-Chamberlain is The Reds’ long-term casualty but could be back in full training by late-March.

This week, Klopp let go of Nathaniel Clyne and Dominic Solanke, both leaving for Bournemouth. Clyne’s departure, along with Gomez and Matip’s injuries, leaves very little room for change in the back four without dipping into the academy or the U-23s. I think we may see Alberto Moreno come in for possibly his last appearance in a Liverpool jersey.

Klopp might look to get some minutes on the board for the likes of Naby Keita and Daniel Sturridge while resting the big guns like Mohamed Salah and Roberto Firmino. 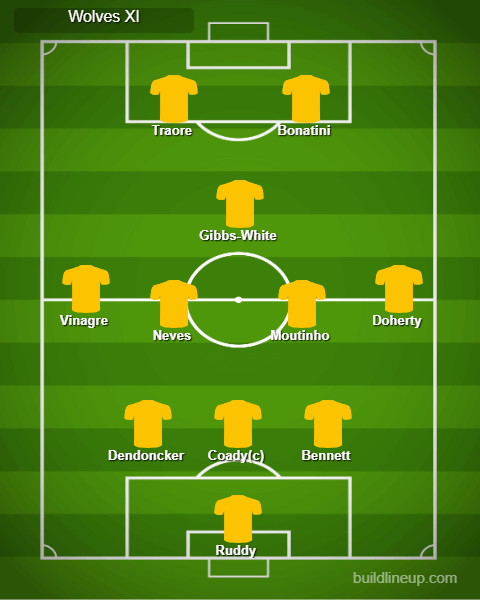 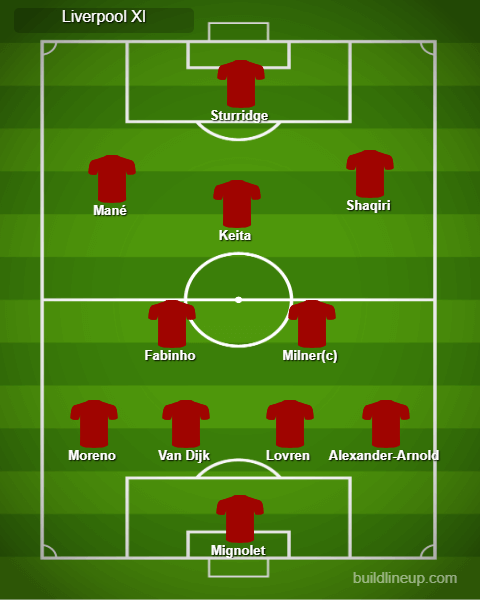 Liverpool won 2-0 at Molineux just before Christmas in their Premier League fixture. Goals from Virgil van Dijk and Salah gave Liverpool the three points that night.

Wolves did knock Klopp’s Liverpool side out of the FA Cup in January 2017, however. They won 2-1 at Anfield after first-half goals from Richard Stearman and Andi Weimann gave them a two-goal cushion at the break. A late Divock Origi strike wasn’t enough to save The Reds and they crashed out to the Molineux outfit.

I think Wolves could progress here as they are a strong team in their own right. Liverpool won’t be giving up on the cup but it will be very hard for them to give this fixture the same kind of focus that will be needed for the rest of the league campaign. Wolves to go through.