After a three-game losing streak during December, Brighton are now undefeated in their last four matches in all competitions. Those games include an impressive win at Bournemouth in the FA Cup last weekend as well as taking four points from home games with Everton and Arsenal (1-0 and 1-1).

Liverpool have lost their last two games. However, to put those results into context, they deserved more at the home of Manchester City where they lost 5-0 last season and a young team went out of the FA Cup on Monday night. Which, to be honest, probably didn’t upset Jurgen Klopp too much.

The City defeat was Liverpool’s first loss in the league this season. Now they need to get right back up on that horse and get back to winning ways at Brighton. It’s not going to be easy but no-one ever said winning a league title is meant to be a doddle.

Jose Izquierdo is Brighton’s only main injury concern and he will not be available for this fixture.

Left-back, Bernardo, is also carrying a slight knock but should be back in action in time for Saturday’s game.

Otherwise, Chris Hughton has a full squad to choose from. The former Irish international defender will most likely stick with the 4-4-1-1 shape with Pascal Gross playing just behind the frontman, Glenn Murray.

Shane Duffy and Lewis Dunk will be the central-defensive partnership with Martin Montoya and Bernardo (if fit) in each full-back role.

The Reds have an ever-lengthening injury-list with Dejan Lovren and Adam Lallana the latest names to be added to it.

Joe Gomez and Joel Matip are still out so Klopp will be forced to play Fabinho at centre-half with 16-year-old Ki-Jana Hoever most likely getting another place on the bench after his impressive debut against Wolves on Monday night.

Virgil van Dijk was reportedly ill during the week but is expected to be fit for the trip to Brighton while Jordan Henderson should also be fully recovered from his recent knock.

I expect James Milner to be on the bench with Henderson and Gini Wijnaldum forming the two-man base in the midfield. This could also mean a start for Xherdan Shaqiri with Naby Keita also demoted to a substitute’s role again. 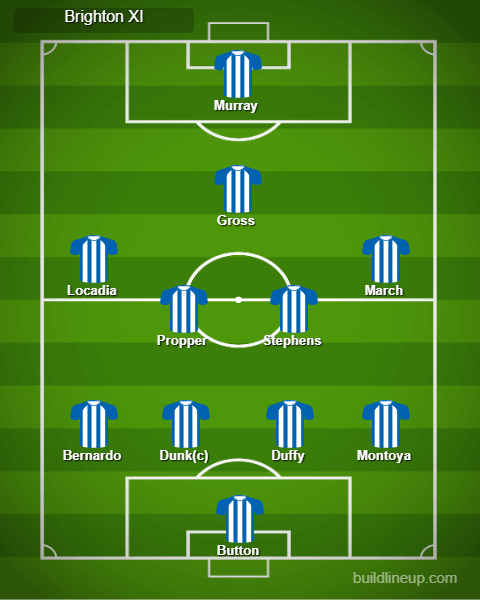 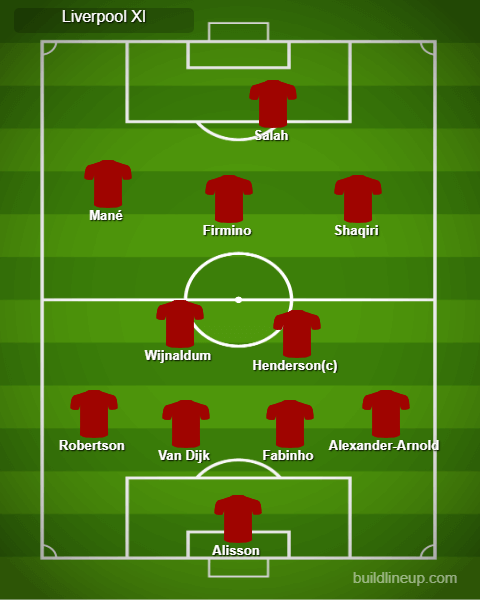 Liverpool won 1-0 at Anfield earlier in the season with a first-half goal from Salah the only difference between the sides. Brighton are certainly a much tougher opposition than they were last season. Liverpool won 4-0 at home and 5-1 away to The Seagulls in 2017/18.

Liverpool’s defence at the Amex Stadium for that 5-1 win consisted of a three-man backline with Emre Can and Gini Wijnaldum flanking Dejan Lovren who was the only recognisable centre-half in the team. This time around, Klopp is facing a similar issue with Van Dijk the only natural first-team centre-back who is fit.

This is going to be one hell of a tough game for The Reds. But I have to remain optimistic. It remains to be seen if the two defeats to City and Wolves will have taken some of the wind out of Liverpool’s sails. Will some nagging doubts have crept in? I hope not. It was a much-weakened lineup at Molineux in the FA Cup and the result at City was very unlucky with Liverpool deserving at least a draw from that game.

I’m nervous but think Liverpool will push on with another win at Brighton to set us up for a full-on tilt at the title for the rest of the season.