Jurgen Klopp’s Liverpool got back to winning ways last Saturday at Brighton. Mohamed Salah was the hero, scoring the only goal of the game after winning the penalty himself, drawing Pascal Gross into a clumsy challenge in the box.

Klopp hailed Liverpool’s win at Brighton as one of the team’s ‘most mature’ performances because of how they bounced back after two consecutive defeats. The win also ensured that in almost three and a half years under Klopp’s leadership, Liverpool have never lost two league games in a row.

If Liverpool can get the three points against Palace on Saturday then they will have an 11-day gap for rest and rehabilitation with Dejan Lovren and Joe Gomez hopefully returning to full fitness in that time.

Crystal Palace are currently 14th in the Premier League, four points above the relegation zone. Their form this season has been consistently inconsistent. You never know which Eagles side is going to take to the pitch. Impressive wins at Manchester City and Wolves recently have had the shine taken off them due to poor results at home to Cardiff City and, most recently, Watford.

Adam Lallana, Trent Alexander-Arnold, Dejan Lovren and Joe Gomez are all injured for this one while Alex Oxlade-Chamberlain still continues his long road back to full fitness. Expect to see The Ox sometime in April or May, hopefully.

Gini Wijnaldum also has a knee injury and could miss the Palace game. He will face a late fitness test.

Joel Matip made the bench last week at Brighton so he should be fit enough to start on Saturday. This would allow Fabinho to fill in for Alexander-Arnold at right-back.

Jordan Henderson, James Milner and Naby Keita could form the midfield three due to all current injuries.

Xherdan Shaqiri may have to settle for a place on the bench. Klopp will want Shaqiri’s extra creativity to break down what is sure to be a low block setup from Roy Hodgson’s Palace side if the scores are still level in the second half.

Goalkeeper, Vicente Guaita, and defender, Papa Souare, are Palace’s only injury concerns at the moment. Souare will not be fit until March due to a dislocated shoulder while Guaita is also expected to miss this game due to a calf muscle strain he picked up in last weekend’s home defeat to Watford.

The Eagles’ striker, Alexander Sorloth, joined KAA Gent on-loan until the end of the season.

Hodgson will most likely line his team up in a 4-5-1 formation as he did for their excellent win at Manchester City in December.

Wayne Hennessey should return in goals in place of the injured Guaita with the usual first-choice back-four in front of him.

Across the midfield, it could be Andros Townsend, James McArthur, Luka Milivojevic, Jeffrey Schlupp and Max Meyer.

Wilfried Zaha is expected to be the lone striker leading the line for Palace.

Christian Benteke came off the bench last weekend to get his first minutes since last September. Benteke could be an option for Hodgson late in the game if Palace have to play long balls up to a target man. 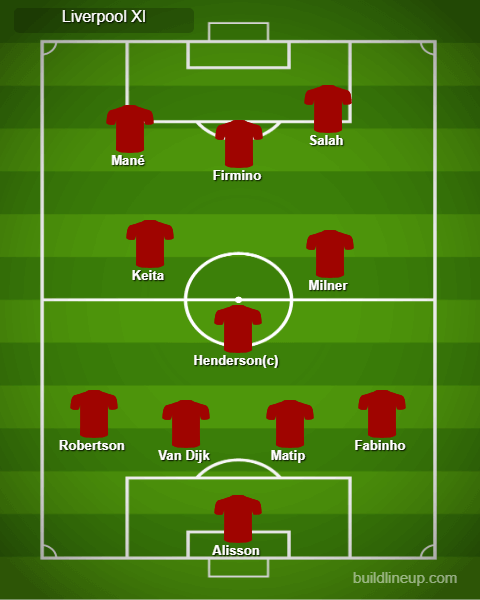 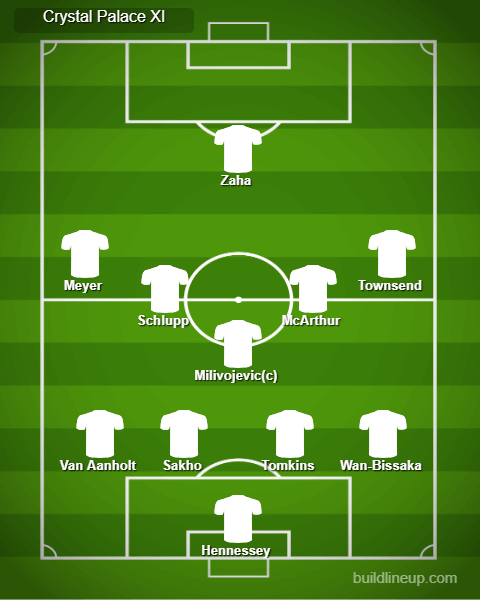 Last season, Liverpool beat Palace 1-0 at Anfield thanks to a Sadio Mané strike in the 73rd minute.

The Reds won 2-0 at Selhurst Park earlier this season. James Milner scored a penalty late in the first half and Mané was again on the scoresheet to make it 2-0 in the 93rd minute.

However, as far as omens go, Liverpool need to be wary of Palace. Liverpool now boast the longest unbeaten home record in Europe’s top five leagues but The Eagles were the last team to win a Premier League game at Anfield. In April 2017, a Benteke double gave Palace a 2-1 win over Klopp’s men.

It might take a little while to get the breakthrough but if/when Liverpool do break the deadlock it will force Palace to be a bit more adventurous in their approach. As long as The Reds’ defence can prove to be a more solid obstacle than City did in Palace’s 3-2 win at the Etihad Stadium last month then Liverpool should take all three points.

Liverpool will need to be at their best, however. Especially if they do score the opening goal. Palace have shown they can bounce back, and fast.