Manuel Pellegrini’s West Ham are currently 12th in the Premier League table. They have lost their last three games including an exit from the FA Cup at the hands of League One’s AFC Wimbledon.

Their last home fixture, however, was an impressive 1-0 win over Unai Emery’s Arsenal when Declan Rice popped up with the only goal of the game to win it for The Irons early in the second half.

Liverpool have found it tough since the start of the New Year. A first league defeat of the season at Manchester City was followed by an FA Cup defeat to Wolves at Molineux.

Two hard-fought victories over Brighton and Crystal Palace followed with the Palace game, in particular, showing the nervy, shaky side of a title race. Wednesday night’s 1-1 draw with Leicester was a continuation of that as The Reds barely stumbled their way to earning a point at Anfield.

Liverpool need to ensure that February sees a return to better form all over the pitch and that starts with this trip to London.

Manuel Pellegrini has had to deal with a huge amount of injuries at West Ham this since his arrival. The Hammers currently have eleven members of the first-team squad on the injury list.

Marko Arnautovic, Lukas Fabianski and Aaron Cresswell will all face late fitness tests ahead of Monday night’s game. Arnautovic, in particular, is touch-and-go as to whether he will be available for selection. Former Red, Andy Carroll, could deputise lead the line for West Ham in Arnautovic’s potential absence.

Declan Rice and Mark Noble should form the two-man base of the West Ham midfield. Michail Antonio, Felipe Anderson and Robert Snodgrass could make up the creative trio behind the lone striker. Samir Nasri usually plays the ’10’ role behind the striker but he is also expected to miss this game due to injury.

Jurgen Klopp is still without Liverpool’s young defensive duo of Joe Gomez and Trent Alexander-Arnold because of injury. Alex Oxlade-Chamberlain is not expected back until April.

James Milner returns after being suspended for the Leicester City fixture.

Klopp used Jordan Henderson as a make-shift right-back on Wednesday night and I think we might see our captain there again for this trip to London. I expect Dejan Lovren to start alongside Van Dijk in central defence while the midfield trio should consist of Fabinho, Gini Wijnaldum and Naby Keita. 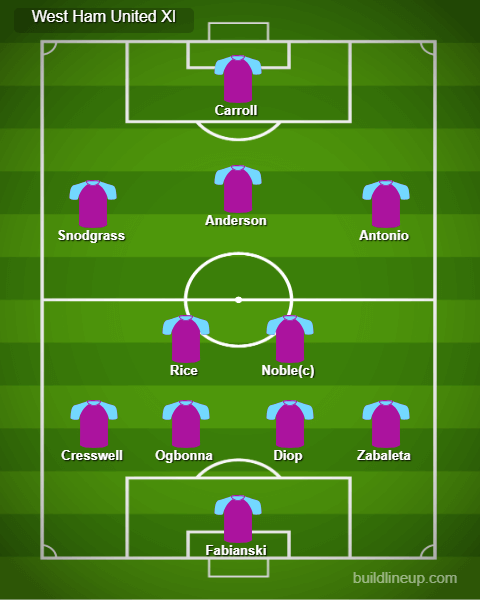 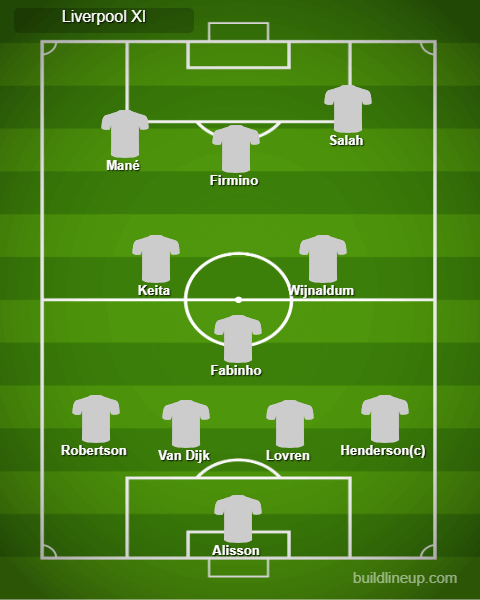 Liverpool won 4-0 when the sides met at Anfield on the opening weekend of the season. Goals from Mohamed Salah, Sadio Mané x2 and Daniel Sturridge ensured The Reds’ season got off to the best possible start.

Liverpool have won their last two games at London Stadium (4-0 and 4-1) so will be hoping to make it three wins in a row at the former Olympic Stadium.

Liverpool struggled against Leicester City on Wednesday night and the defence has found it difficult to cope with the recent injuries they have suffered. However, I think Klopp will get his side to bounce back in the best possible fashion on Monday night.

Liverpool to win and Salah to score at least one.