Manchester United are enjoying a new lease of life under Ole Gunnar Solskjaer. Ever since Liverpool put the final nail in Jose Mourinho’s United career-coffin in December, United’s former striker has overseen a great upturn in form.

Impressive league form, including a win away to Spurs when David De Gea was performing miracles, along with big FA Cup wins at Arsenal and Chelsea have shown just what this current United squad is capable of when the defensive shackles of Mourinho-ball have been removed.

Last week, United lost very convincingly at home to PSG, however. The French champions dominated the game at Old Trafford from start to finish, even without Edinson Cavani, Neymar and Adrien Rabiot.

Jurgen Klopp’s Liverpool have been better in their last two fixtures against Bournemouth and FC Bayern. A win on Sunday at United would really put some fresh impetus into The Reds’ title charge.

Liverpool have won just two of their last five games with the disappointing draws against Leicester and West Ham coming during that period.

As you can see from the average xG ratings on the table below, Liverpool are still controlling games and creating the best chances. However, they need to start taking those chances again and making their domination pay in order to push City and Spurs all the way at the top of the Premier League.

Solskjaer will be without Antonio Valencia, Matteo Darmian, Anthony Martial and Jesse Lingard.

I expect United to go with a strong midfield core of Paul Pogba, Nemanja Matic and Ander Herrera. Juan Mata will be tasked with linking midfield and attack, providing for Romelu Lukaku and Marcus Rashford.

Ashley Young and Luke Shaw will be on the flanks in the backline with a central pairing of Chris Smalling and Victor Lindelof.

Superman himself, David De Gea, will be the man to beat between the sticks.

Joe Gomez and Alex Oxlade-Chamberlain are both still out for Liverpool while Dejan Lovren is also likely to miss Sunday’s encounter.

Klopp has some decisions to make, mainly in midfield, after top-class performances during the week from Jordan Henderson and Fabinho. The Brazilian played at centre-back in the absence of the suspended Virgil van Dijk.

I think Klopp will pair Joel Matip with Van Dijk on Sunday with Fabinho in midfield alongside Gini Wijnaldum and Naby Keita. Keita has really grown in confidence in his last couple of games and will provide The Reds with a runner from midfield who can break the lines and link with excellently with the front three. 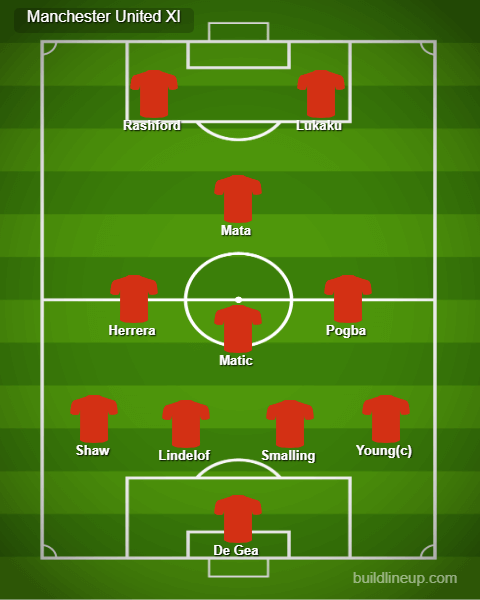 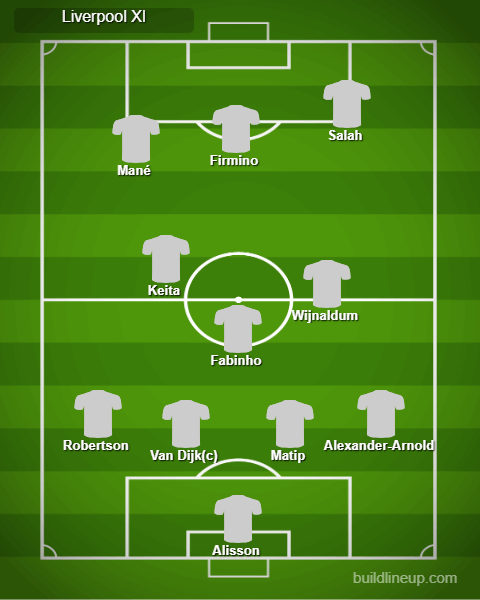 Liverpool beat United 3-1 at Anfield in December with goals from Sadio Mané and super-sub Xherdan Shaqiri (x2). Jesse Lingard had cancelled out Mané’s goal to make it 1-1 at half-time before Shaqiri came on and changed the game in the second half.

United won 2-1 when the sides met at Old Trafford last season. Two first-half goals from Marcus Rashford gave United a comfortable lead. An Eric Bailly own goal in the second half wasn’t enough to bring Klopp’s men back into the game.

Liverpool should be winning this. But, let’s be honest, it’s never easy at Old Trafford. United will be so pumped at the possibility of derailing their great rivals’ title challenge and everyone of their players will be up for it. Klopp has to make sure our guys are up for it too.