With three wins, four draws and two defeats in all competitions since the turn of the year, 2019 just hasn’t been what we’d hoped for yet as Liverpool fans.

Draws against FC Bayern and away to Manchester United are not necessarily poor results but the lack of invention and creativity from the middle of the park has been worrying.

Wednesday night is when The Reds need to turn things around and kick off a purple patch of form. Yes, Watford are playing well but we’ve beaten them 6-1 and 5-0 in our last two meetings at Anfield. We won 3-0 at Vicarage Road earlier this season. Liverpool need to blow someone away again to regain their lost confidence. This could be the game to do just that.

With only one defeat in their last 11 fixtures in all competitions, Javi Gracia’s Watford are running along nicely in seventh position in the Premier League.

The Hornets had a fantastic 5-1 win at Cardiff City last Friday night when Gerard Deulofeu scored a hat-trick. That victory made it three-in-a-row for Watford so you can be sure that Javi Gracia’s men will be arriving at Anfield full of vigour.

Liverpool will be without Joe Gomez and Alex Oxlade-Chamberlain while Dejan Lovren is also a huge doubt for this game. Roberto Firmino went off injured at Old Trafford after going over on his ankle so we are still awaiting updates on his condition. I expect him to miss out on this game, though.

In Firmino’s absence, I actually think Klopp will start Divock Origi ahead of Daniel Sturridge. Origi would give a strength and energy up front which Sturridge was just missing on Sunday.

I think Trent Alexander-Arnold will return at right-back in place of James Milner while the midfield will most likely consist of what I think is our best trio – Fabinho, Gini Wijnaldum and Naby Keita.

Jose Holebas is suspended for Watford while Kiko Femenia is still recovering from a hamstring injury. The Spanish defender could make it back in time for Wednesday night’s game, however.

Gracia seems to set Watford up in a 4-2-2-2 shape. The most recent away fixture against a top-six side, a 2-1 defeat at Spurs, saw The Hornets maintain that shape so it’s very possible Gracia sticks to his guns and goes with the 4-2-2-2 at Anfield too. 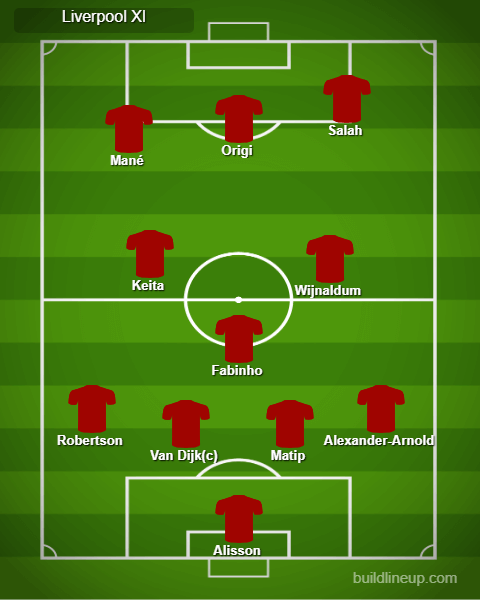 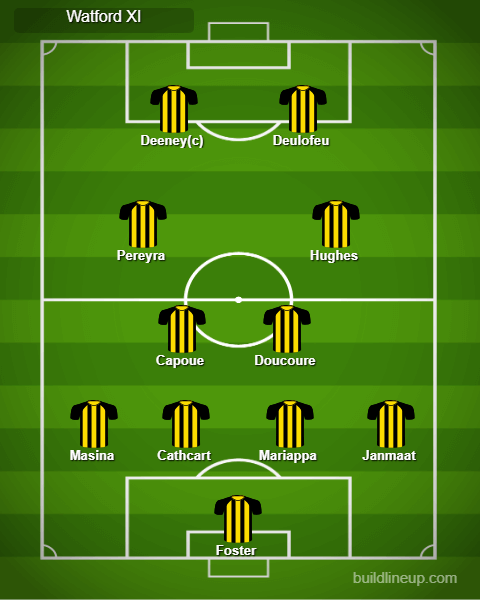 Klopp’s men have won five and drawn one of their last six meetings with Watford, scoring 20 goals and conceding four. Liverpool won 3-0 at Watford back in November with goals from Salah, Alexander-Arnold and Firmino.

Liverpool beat Watford 5-0 at Anfield last season (and 6-1 the season before) thanks to a masterclass from Salah where he bagged four goals himself. Firmino scored the other.

Liverpool need three points. Of that, there is no doubt. It certainly won’t be easy but a home game against opponents outside of the top six is the ideal opportunity for The Reds to get back on track. It looks like we will be without Firmino but I’m confident Liverpool will have enough to see off Javi Gracia’s Watford by at least two goals.