Liverpool have drawn five of their last seven games in all competitions. While the defence is still doing its job, goals have been hard to come by at the other end (unless we play Bournemouth or Watford).

Jurgen Klopp’s Redmen have still only lost one league game all season. However, if they continue the recent trend of drawing too many games, that elusive Premier League title will have passed us by once again.

Anfield needs to get behind The Reds on Sunday. It’s an early game so, traditionally, that never ‘helps’ the atmosphere but it’s time for the ‘twelfth man’ to pull our weight.

Sean Dyche’s Burnley have lost their last two games, at Newcastle and at home to Crystal Palace. Before that, The Clarets picked up two impressive wins, beating Spurs 2-1 at Turf Moor and winning 3-1 away to Brighton.

Burnley have struggled to replicate last season’s performance levels when Dyche led his team to a seventh-place finish in the Premier League. They are currently 16th and just five points above the relegation zone.

Liverpool’s injury-list now only contains three names – a nice change from just a few weeks ago. The players who are still currently unavailable for first-team selection are Joe Gomez, Alex Oxlade-Chamberlain and Dejan Lovren.

Of course, the recent news on The Ox’s progress has been fantastic with some game-time for the U23s expected in the next week or so. It will most likely still be April before we see him anywhere near a first-team squad due to such a long layoff.

Jurgen Klopp will stick with his expected defensive quartet in the absence of Gomez and Lovren.

In midfield, I think James Milner and Jordan Henderson will miss out. Naby Keita should return to the starting eleven, alongside Fabinho and Gini Wijnaldum in the centre.

Up front, Roberto Firmino will be back in the starting lineup after missing the last two starts as a result of the ankle injury he picked up at Old Trafford.

Sean Dyche is still without long-term absentees Aaron Lennon, Steven Defour and Jonathan Walters. The Burnley manager could opt for an extra man in defence on Sunday, however, I think he will stick to his team’s tried and trusted 4-4-2 shape from the start.

Ashley Barnes and Chris Wood will pair up in attack for Burnley as The Clarets look to penetrate Liverpool’s backline. 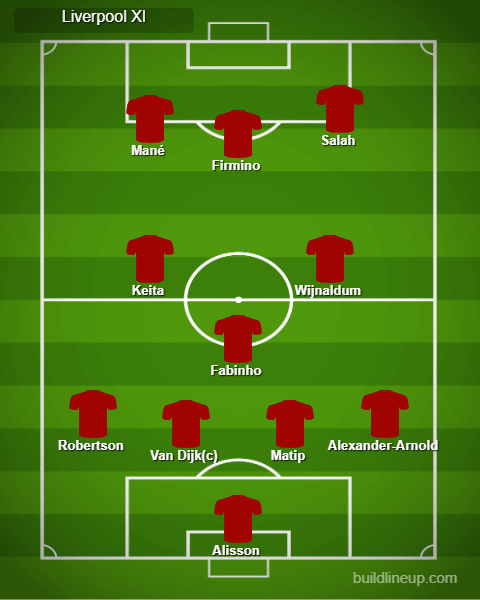 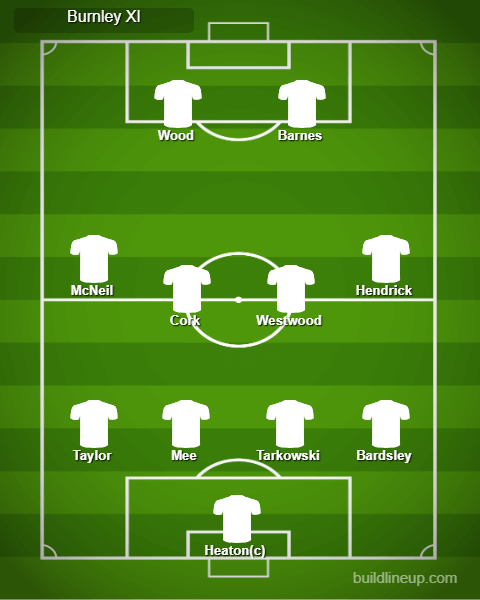 Liverpool have won their last two meetings with Burnley. Both of those games were at Turf Moor. This season’s game at Burnley’s ground finished 3-1 with a Jack Cork goal early in the second half cancelled out by strikes from James Milner, Roberto Firmino and Xherdan Shaqiri.

This fixture finished 1-1 at Anfield last season. That will be a concern for Jurgen Klopp and co insomuch as Klopp knows that Dyche had his number on that occasion. Liverpool cannot let the same thing happen again this time around.

The Reds’ defence has not conceded a single goal in their last five games. I think this could well be a win underpinned by another strong defensive performance. It will have to be if the confidence still appears to be lacking in Liverpool’s attacking third.