Bayern Munich have clawed their way back to the top of the Bundesliga at the expense of Borussia Dortmund. The 0-0 draw at Anfield was the only one of their last seven games in all competitions which they have failed to win.

A quick look at their goals and xG stats in the table below shows just how well the creativity is flowing for Munich again in the Bundesliga. Something for The Reds defence to be mindful of.

It’s no secret The Reds went slightly off the boil in the Premier League race with some dropped points in recent weeks. However, on Sunday, Jurgen Klopp’s men responded brilliantly to the injustice of Burnley’s early goal by bouncing back and winning 4-2.

Liverpool have simply drawn too many recent games. The good news is that, in general, the team is still not losing.

With Virgil van Dijk back after missing the first leg, Liverpool will have every confidence of progressing in Germany.

Joshua Kimmich and Thomas Muller are both suspended for FC Bayern.

Bayern’s injury list currently contains the names of Corentin Tolisso, Arjen Robben and Kingsley Coman. David Alaba is also carrying a slight knock but could still be fit in time for Wednesday’s game.

Kovac favours a 4-2-3-1 setup and that was how Bayern lined out at Anfield for the 0-0 draw three weeks ago.

I think Kovac will deploy Rafinha at right-back in Kimmich’s absence. The Bayern boss must choose two from Niklas Sule, Jerome Boateng and Mats Hummels for the centre of defence. I think Boateng and Hummels will get the nod.

Javi Martinez and Thiago Alcantara will most likely form the two-man base of their midfield with Serge Gnabry, James Rodriguez and, possibly, Franck Ribery ahead of them. Ribery’s starting place comes due to Thomas Muller’s suspension.

Serge Gnabry gave Andy Robertson a torrid time in the first leg. Let’s hope our left-back has learned some lessons from that game before taking on Gnabry again on Wednesday.

Robert Lewandowski will lead the line for the home side and the Polish international striker has four goals in his last two games in the Bundesliga.

Liverpool welcomed Dejan Lovren back to the matchday squad for their 4-2 win over Burnley on Sunday. However, the Croatian international did not get any game time so the best he can hope for in Munich is a place on the bench.

Joe Gomez and Alex Oxlade-Chamberlain are still making their way back to full fitness so will play no part this week. Klopp is expecting Gomez to return to first-team action around the end of this month. Oxlade-Chamberlain’s long road back might not end until well into April.

In defence, it should be the same back four that Klopp has started with for the last three games in a row.

Judging by Sunday’s lineup, I think Klopp is going to go with the workman-like midfield of Jordan Henderson, James Milner and Gini Wijnaldum. The perceived lack of creativity from the trio will no doubt have many up in arms about the selection but it did the necessary job against Napoli in December. Don’t rule them out before a ball has even been kicked in Munich.

I do think Fabinho should be starting in the anchor role in midfield but the fact that he played all 90 minutes against Burnley makes me think that Klopp has other plans for Wednesday night.

Fabinho and, of course, Naby Keita will be great options from the bench against FC Bayern.

Up front, it’s business as usual for the trio. 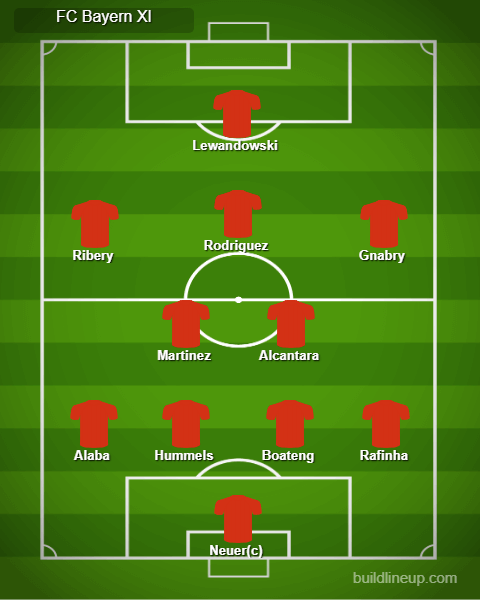 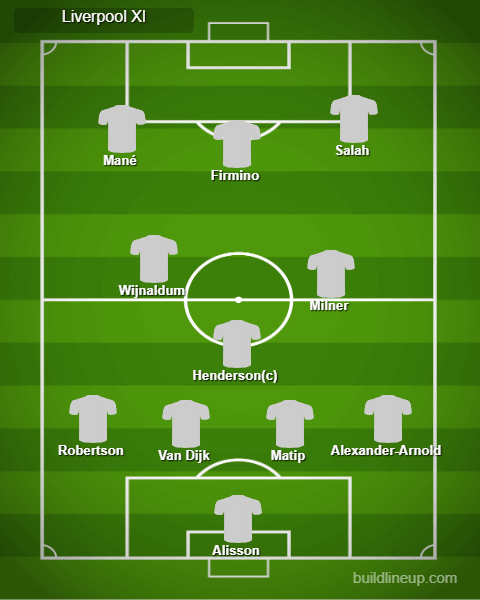 Three weeks ago the sides played out a tight 0-0 draw in the first leg of this tie at Anfield.

I think another tight game is in store for us this week. There is clearly not much between the two sides and it’s hard to pick a winner from the match-up. However, Liverpool’s European journey is going to continue after Klopp’s men pick up at least a score draw in Germany.