The Reds finally seemed to be turning slightly under-par performances back into wins, something they were fantastic at in the first two months of the season.

Jurgen Klopp’s men have won four of their last five games in all competitions. Those games included a fantastic 3-1 win over Bayern Munich in Germany as well as battling victories over Fulham and Burnley in the Premier League.

We head into the final straight now. The last international break of the season is drawing to a close and Klopp and co know that they can become club legends over the next seven weeks.

Spurs have struggled in recent weeks, despite an impressive win over Dortmund in the Champions League.

Mauricio Pochettino’s side now faces the very real possibility of missing out on a top-four finish in the Premier League. They are just one point ahead of their north London rivals, Arsenal, and only three points clear of fifth-placed Manchester United.

One point from a possible 12 in the league would lead you to believe Liverpool should be winning comfortably on Sunday. That’s not the case, however. Spurs would love nothing more than to put a dent in Liverpool’s title charge at Anfield.

Alex Oxlade-Chamberlain and Joe Gomez are both close to being available but just not quite there yet.

Xherdan Shaqiri and Naby Keita are also reported to be carrying slight knocks but it’s hoped they will both be fit for squad selection by Sunday.

The back-four should be the usual with Joel Matip continuing at centre-half in Joe Gomez’s absence.

In the middle, I feel Klopp will go with Fabinho, James Milner and Gini Wijnaldum.

Up front, it will be the usual three with Mohamed Salah well-rested after being left out of Egypt’s squad during this international break.

Other than that, Spurs have no other injury concerns.

They also have no players suspended for this match.

Pochettino will most likely set his team up in a 4-3-1-2 formation with Dele Alli supporting Harry Kane and Heung-Min Son from an attacking midfield role. 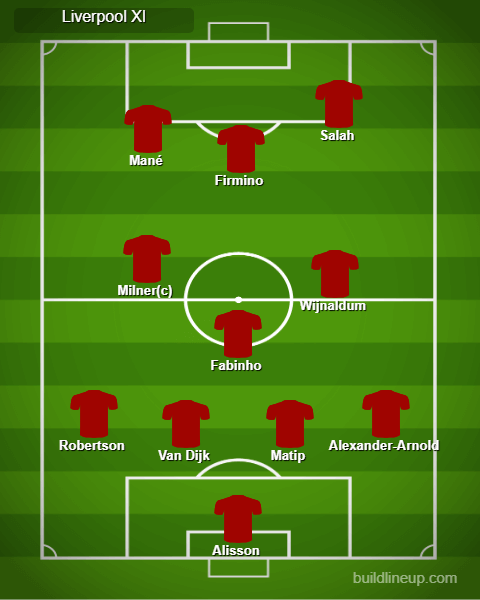 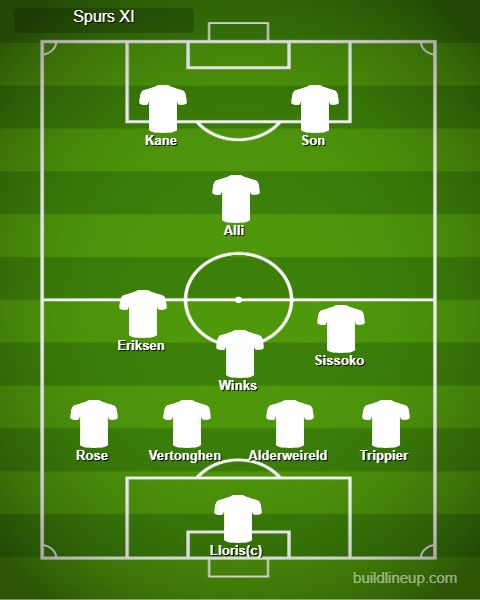 Spurs haven’t won at Anfield since a 2-0 victory back in 2011. Rafael van der Vaart and Luka Modric were the scorers that day.

Liverpool have won five and drawn three of their home games with Spurs in all competitions since then. The Reds won 2-1 at Wembley early this season with goals from Gini Wijnaldum and Roberto Firmino. A late Erik Lamela goal wasn’t enough to get what would have been an undeserved draw for the home side.

Last season at Anfield, a cracking match ended 2-2 after some very late drama. Mohamed Salah scored two great goals for The Reds. However, a goal of the season contender from Victory Wanyama and a 95th-minute penalty from Harry Kane meant the sides shared a 2-2 draw.

Liverpool are currently the 1.57 favourites to win the game with BetOlimp while Tottenham can be backed at 5.73 and the draw is available at odds of 4.33. As we expect goals in the game, ‘both teams to score’ at 1.78 looks a solid bet while over 2.5 match goals at odds of 1.67 is also tempting. The South African site offers our prediction of 3-2 Liverpool at odds of 22.77 – which is certainly worth a flutter.

There will be goals. I think it’s going to be another high-scoring game and I would back Liverpool to win and both teams to score.

I’d love Salah to find his scoring boots again and I think he’ll net at least one on Sunday. However, Liverpool will need more and in-form man Sadio Mané could once again be the match-winner for The Reds.