On thru’ the storm

Carrying dreams for too long

Six more acts to get through

Just to see where it goes

Ralph Hasenhuttl’s Southampton side has come into a nice bit of form just in time for Liverpool’s visit to St Mary’s this Friday.

The Saints, despite languishing in 16th place in the Premier League, have won three of their last four games including a 2-1 win at home to Spurs. The one game they didn’t win from those four was an unlucky 3-2 defeat to Manchester United at Old Trafford at the start of March.

Southampton are five points clear of Cardiff City and the dreaded relegation zone. They should survive but they’re not guaranteed of anything yet, meaning they’ll be well up for it on Friday night.

It’s slowly coming back. Liverpool are returning to the sort of form that may well be enough to see them over the line in this title race.

There was nothing easy about any of The Reds’ last three league wins.

At home to Burnley, we went behind to an early goal which should have been disallowed for the foul on Alisson. Jurgen Klopp’s men just lifted their heads up and got on with the task at hand. We ran out 4-2 winners.

Then there was the trip to Craven Cottage. Liverpool led through a first-half strike from Sadio Mané but saw the scores levelled up at 1-1 when former Red, Ryan Babel, pounced on an error between Virgil van Dijk and Alisson in the last 20 minutes of the game. A foul on Mané gave James Milner a penalty opportunity to win it late for Liverpool. The veteran midfielder obliged.

Once again, however, The Reds would not be beaten. Thanks to a man of the match performance from Van Dijk along with a late mistake from Hugo Lloris and Toby Alderweireld, Liverpool came out on top.

What a huge win it was. Sure, it’s still in City’s hands and they will, no doubt, beat Cardiff on Wednesday to reclaim top spot but at least The Reds are asking them the question now.

That’s all we can do. Keep asking the question of City. The more questions we can ask of City, the more chance there will be a day when Pep Guardiola’s men don’t have the answer.

Ralph Hasenhuttl may be without Jan Vestergaard, Shane Long and Mario Lemina for Southampton. All three players will face late fitness tests this week.

Michael Obafemi is The Saints’ only long-term injury concern due to his hamstring injury.

Danny Ings is ineligible for this fixture as Liverpool is, of course, his parent club for now.

Hasenhuttl will most likely stick with three centre-halves for this game. Yan Valery and Ryan Bertrand will be tasked with more defensive duties on the flanks to try and contain The Reds.

Up front, Charlie Austin is likely to lead the line in the lone-striker role with the pacy Nathan Redmond paired up with James Ward-Prowse in the attacking midfield line.

Touch wood. Liverpool’s injury list continues to decrease with each passing week. Virgil van Dijk has been passed fit to face Southampton. There had been some concerns regarding an ankle injury he picked up against Spurs on Sunday. However, it seems that our big number four is fighting fit and ready to take the field against his old club.

Fabinho will most likely return to the starting lineup and I expect Jordan Henderson and Gini Wijnaldum to play alongside him. I would like Naby Keita to be in the starting eleven but I don’t think it will happen.

Goalkeeper, defenders and front three? It’s as you were. 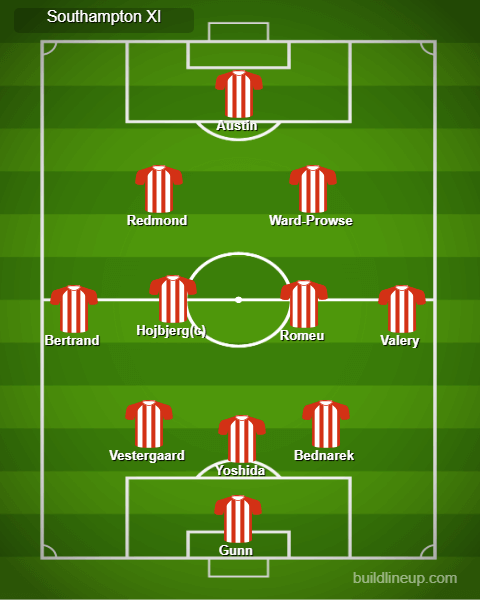 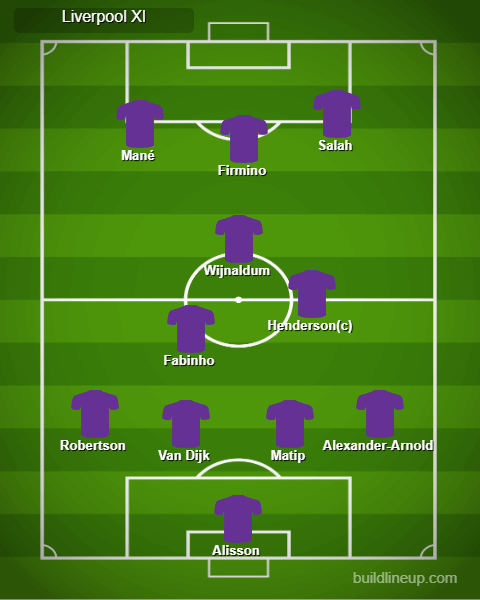 Liverpool won 2-0 at Southampton last season thanks to goals from Roberto Firmino and Mohamed Salah.

The Reds won 3-0 at Anfield earlier this season. Wesley Hoedt’s early own goal started things off before Joel Matip and Salah put the game beyond The Saints before half time.

I don’t know if we’ll keep another clean sheet this season. It all seems too nervy now. There’s too much at stake and it’s not going to be plain sailing for Klopp’s side at any stage. Three points are all we want, no matter how it’s achieved. It’s an end that will justify any means.

Friday night lights – bring them on.