Yes, this is more like it. Liverpool have won their last six games in a row in all competitions. This is the form needed to keep asking the questions of Manchester City in the Premier League title race.

More importantly, the nature of some of those league wins was hugely impressive. Borne of a never-say-die attitude and the physical representation of the “doubters to believers” quote, The Reds simply do not stop.

Bouncing back against Burnley after going behind to an early goal which should not have been allowed, winning and converting a late penalty at Fulham after Ryan Babel seemed to have pissed on our parade, doing what was necessary against Spurs in the final minutes to get that one over the line, coming from behind again at Southampton last Friday – these Reds are not going anywhere.

In what has been a topsy-turvy season for The Blues, they have managed to put together a good run of form again in recent weeks. Four straight wins mean Chelsea will arrive at Anfield full of confidence and ready to spoil the party, much as they did in April 2014.

Maurizio Sarri is not expected to be at Stamford Bridge next season. However, his first season in charge of The Blues has not been half as bad as some people have made out.

This is Liverpool’s last league encounter with a top-six team this season and it certainly won’t be easy.

Jurgen Klopp’s injury-list continues to shorten as the season progresses. Let’s hope it continues that way.

The only current injury concerns for The Reds are Adam Lallana and Alex Oxlade-Chamberlain.

Lallana will face a late fitness test this week after a slight muscle issue kept him out of the Southampton and FC Porto games.

Oxlade-Chamberlain is still making his way back to full fitness after a year off so I wouldn’t be surprised if it’s closer to May before we see him in action at all.

Joel Matip should return in defence after being rested for the Champions League win during the week.

I think Naby Keita will also be rested after starting two games in quick succession following some time out due to injury. Therefore, I’m predicting the Liverpool midfield trio will be Fabinho, Jordan Henderson and Gini Wijnaldum.

Ethan Ampadu will miss Sunday’s game due to an ongoing back injury the young player is dealing with.

Sarri’s side won 1-0 at Slavia Praha on Thursday night and he also took the opportunity to rest some players ahead of Sunday’s trip to Anfield.

I expect Emerson to return at left-back with David Luiz starting in the centre beside Antonio Rudiger.

Ruben Loftus-Cheek and Callum Hudson-Odoi could also be recalled to the starting eleven. Eden Hazard will definitely start and most likely prove to be the thorn in the side for Liverpool. The Belgian star seems to love playing against Liverpool. He always turns in a top performance.

Regarding shape, Chelsea will line out in Sarri’s go-to formation of 4-3-3. 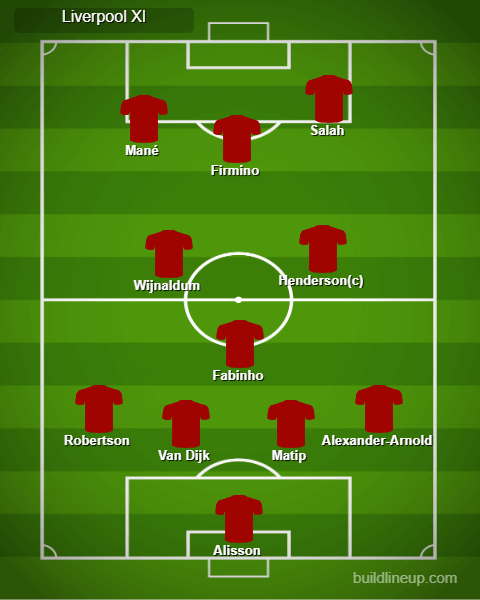 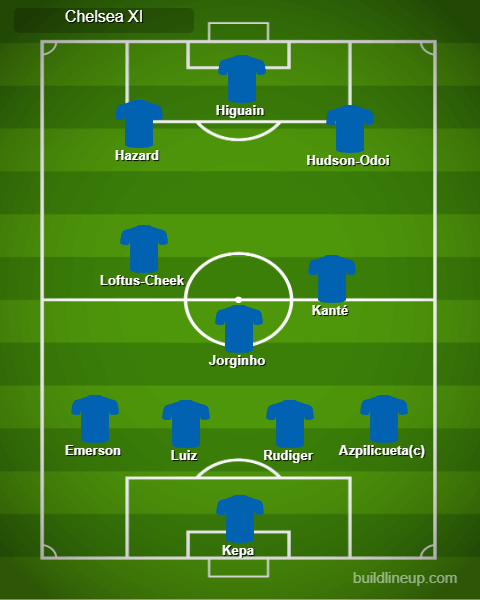 The sides drew 1-1 at Stamford Bridge back in September when a late Daniel Sturridge wonder-strike cancelled out Eden Hazard’s first-half opener.

Three days previous to that league game, Chelsea had knocked Liverpool out of the Carabao Cup with a 2-1 win at Anfield. Sturridge was again Liverpool’s scorer, giving The Reds a second-half lead but late goals from Emerson and Hazard won it for Chelsea.

Worryingly, Liverpool have only won two of the last 17 meetings between the teams in all competitions and they have not beaten Chelsea at Anfield since 2012.

Mohamed Salah returned to match-winning form at Southampton last Friday and Reds fans will be hoping to see more of the same from the Egyptian forward on Sunday.

Playing Chelsea is never an easy game for Liverpool and Klopp will have his work cut out in pursuing all three points.

It will be very close and very tough but I’m backing Liverpool to win, just.