Liverpool got straight back to winning ways with their hard-fought victory over Newcastle United on Saturday night. Unfortunately, the game saw Mohamed Salah suffer a bad head injury after a clash with Newcastle goalkeeper, Martin Dubravka, late in the game.

Last week’s defeat at Camp Nou was Liverpool’s first loss in 19 matches and ended a 10-game winning streak for The Reds in all competitions.

Ernesto Valverde put out a second-string team for Barcelona’s trip to Celta Vigo on Saturday. Unsurprisingly, they lost 2-0 but had already tied up the LaLiga title the week before that.

As a result, the Barcelona first-team will be fit and raring to go when they take to the Anfield pitch on Tuesday.

It’s been the worst few days possible, injury-wise, for Liverpool. Klopp confirmed on Monday that both Mohamed Salah and Roberto Firmino were not going to be available for selection at Anfield on Tuesday night.

Salah suffered a bad concussion in The Reds’ 3-2 win at Newcastle on Saturday and the hope is that he will be back to face Wolves in Liverpool’s final Premier League game of the season on Sunday. It’s hoped that Firmino will also make it back in time for that game.

Further reports on Monday revealed that both Alex Oxlade-Chamberlain and Virgil van Dijk also missed Liverpool’s training session during the day due to injury. It remains to be seen just how serious an issue either player was suffering from.

With Salah and Firmino ruled out, I think Sadio Mané will be tasked with the central attacking role while Divock Origi could start wide left. Xherdan Shaqiri could be Salah’s replacement on the right side of The Reds’ front three.

In midfield, I think Klopp will go with James Milner’s experience again. Fabinho, Jordan Henderson and Milner is my predicted midfield trio.

Trent Alexander-Arnold will most likely return at right-back with Joel Matip taking his central defensive role back alongside Van Dijk, who will hopefully be passed fit in time.

Barcelona are without Ousmane Dembele who has been ruled out with injury. Other than that, the Catalan club will have a very fit and fresh starting eleven after putting a reserve side out for their 2-0 LaLiga defeat at Celta Vigo on Saturday.

I think Nelson Semedo might start at right back in place of Sergi Roberto with Arturo Vidal possibly holding onto his starting place in midfield.

Up front, Valverde will most likely go with Lionel Messi, Luis Suarez and Philippe Coutinho. 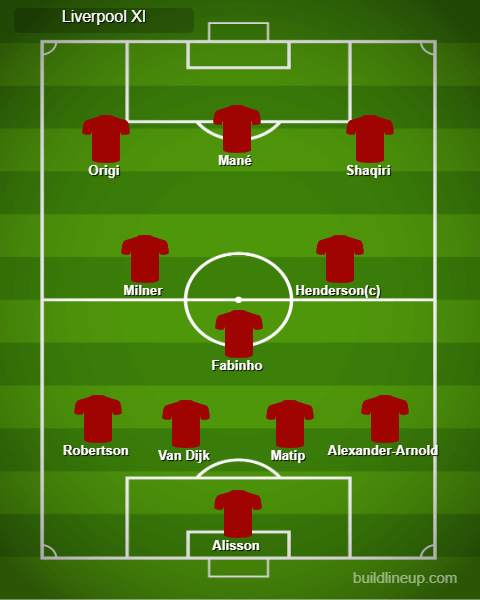 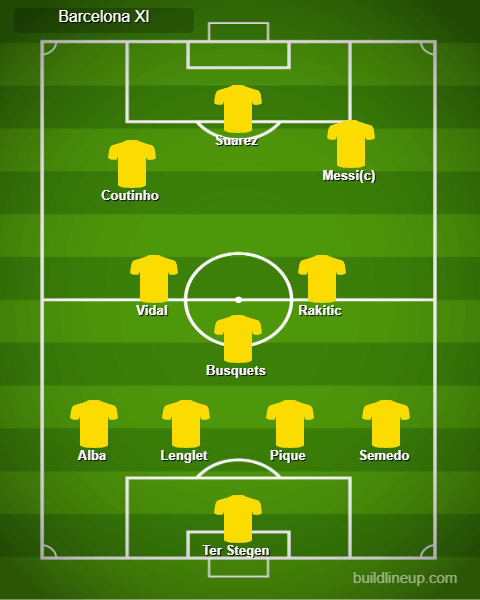 Barcelona ran out 3-0 winners at Camp Nou last Wednesday night in a game where Liverpool was the most imposing team for large parts of the 90 minutes.

The magic of Lionel Messi was the difference between the sides as The Reds were made to pay for not taking their own chances in front of goal.

Even before the latest injuries to Mohamed Salah, Roberto Firmino and possibly Virgil van Dijk, I felt Liverpool would do well to beat Barcelona by one goal at the most.

With the confirmation that both Salah and Firmino are out, it feels like this might well be the end of the road in this season’s Champions Leagues for Jurgen Klopp’s Redmen.

I’ll still hold out hope as long as Messi and co are kept at bay at Anfield and an early goal for Liverpool would certainly change everything. However, when predicting a scoreline with my head rather than my heart, I have to go with a score draw, leading to Barcelona’s relatively comfortable progression to the final in Madrid.