This Liverpool team continues to amaze us.

During the week, Klopp’s mighty Redmen defied all the odds to knock Barcelona out of the Champions League and set up another final – this time against Spurs in Madrid.

Domestically, The Reds have still not given up the fight for a first league title in 29 years, however. Divock Origi’s late goal at Newcastle on Saturday meant the race is going right until the final day.

City then beat Leicester on Monday night, keeping matters in their own hands as a result.

Liverpool should do their part on Sunday, taking all three points against Wolves. Whether that turns out to be enough – we’ll have to wait and see.

Wolves are on a three-game winning run at the moment and have secured their seventh-place finish in the Premier League – a fantastic achievement having just returned to top-flight football this season.

Nuno’s side also just missed out on an FA Cup final appearance against Manchester City – losing 3-2 to Watford after extra-time in the semi-finals.

Mohamed Salah and Alex Oxlade-Chamberlain are expected to be fit and available for selection on Sunday.

Jurgen Klopp has other injury concerns, though. Andy Robertson, Roberto Firmino and Adam Lallana may all miss out.

Last week, it was confirmed that Naby Keita’s season is over after picking up an injury in Liverpool’s Champions League tie at the Camp Nou.

James Milner will revert to the left-back role in Robertson’s absence. Joe Gomez will most likely remain on the bench with Trent Alexander-Arnold’s creativity and attacking prowess down the right a necessity on Sunday.

Gini Wijnaldum will return to the starting lineup after his midweek heroics against Barcelona.

Divock Origi should start in attack alongside Salah and Sadio Mané.

Wolves have no current injury problems and no players suspended this weekend.

Nuno has stuck with a 3-5-2 formation this season and it’s hard to see him change his approach on Sunday. 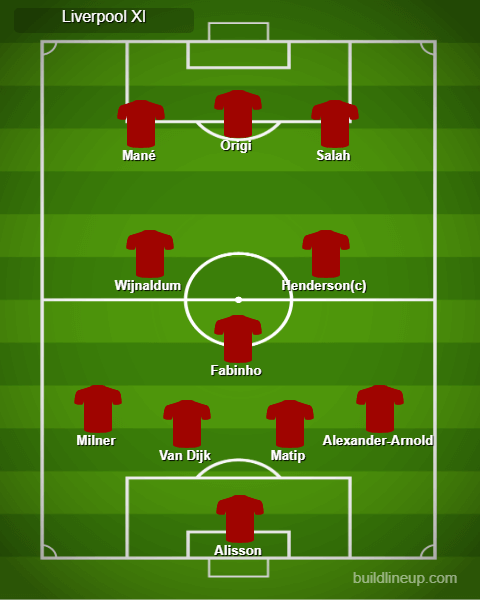 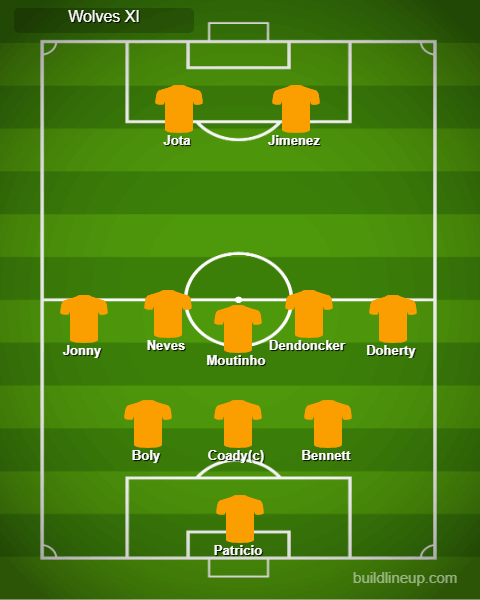 Wolves won 2-1 on their last visit to Anfield in the FA Cup fourth round back in January 2017. Conor Coady and Matt Doherty are the only remaining Wolves players from their starting eleven that day.

This season, Wolves knocked Liverpool out of the FA Cup again. This time it was the third round and the game was at Molineux. Raul Jimenez and Ruben Neves scored the goals either side of a great Divock Origi strike for The Reds.

In December, Liverpool won 2-0 at Molineux in the Premier League with goals from Mohamed Salah and Virgil van Dijk.

Could there be anything worse to happen on Sunday than Brighton actually taking points off Manchester City but Liverpool also failing to beat Wolves? I think many of us Reds fans would struggle to cope with such a scenario.

However, I think Liverpool will dominate proceedings on Sunday. Wolves are a very good team now and Nuno Espirito Santo has a promising career ahead of him, however, The Reds are better and they should make their superiority pay over 90 minutes on Sunday.