Daniel Agger arrived at Liverpool in 2006 from Brondby for a fee of 6 million Pounds. His growth at Liverpool has been apparent and many consider him to be one of, if not the best central defender in the Premier League. However, his career in Merseyside has been plagued with injuries that have left him on the sidelines for much of the time he has been there. Liverpool supporters have been patient though; as they were with Torres and are with Steven Gerrard for example. The reason? Because, bar the injuries, most Liverpool supporters would agree he makes it into their top 10 lists of central defenders currently playing around the world. 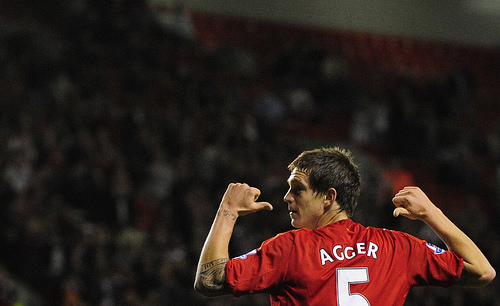 To continue reading this article which statistically compares Daniel Agger to other Premier League centre-backs please visit the original article on EPLIndex.com (our sister site):