“Pressure is working down the pit.

Pressure is having no work at all.

Pressure is trying to escape relegation on 50 shillings a week.

Pressure is not the European Cup or the championship or the Cup Final.

The Champions League final is here, and it is the ultimate time of the season to find the Ladbrokes promo codes, and take full advantage of the unique offer that are available with the bookmaker for the showpiece event of the football calendar.

It’s been so long now – over two weeks to be exact – since Liverpool signed off from the Premier League with a comfortable 2-0 win over Wolves at Anfield.

Unfortunately, it wasn’t enough to bring home our first league title for 29 years.

Yet, every cloud has a silver lining and ours is the shiniest of all – the European Cup.

On Saturday night, Liverpool have the opportunity to win European football’s biggest prize for the sixth time in the club’s history. This would lift The Reds above Barcelona and behind only AC Milan (7) and Real Madrid (13) in the Champions League record books.

Liverpool’s only defeat since January was in the first leg of the semi-final at the Camp Nou. We know how things went in the return fixture at Anfield. After all, here we are.

Spurs’ form needs to be paid little heed. Mauricio Pochettino’s side turned their complete focus onto the Champions League once they knew they were meeting Ajax in the semi-finals.

They did manage to cling onto a top-four Premier League finish but their eyes have been on the Champions League since late-April.

One encouraging fact from a Liverpool perspective is the high xG rating Spurs allowed against them in their defeat at Bournemouth and the draw with Everton in their last game. However, they were both in games without Jan Vertonghen at the back so, with his expected return in Madrid, Spurs are likely to be a more solid defensive unit.

Naby Keita is Liverpool’s only confirmed absence from this Saturday’s final. Keita, suffering from a groin injury, was part of the group that travelled to the training camp in Marbella but it looks like the Spurs game just comes too soon for the Guinean international.

Jurgen Klopp will most likely stick with Joel Matip in defence alongside Virgil van Dijk while Trent Alexander-Arnold and Andy Robertson take the full-back positions.

In midfield, I think Klopp will opt for Fabinho at the base with Jordan Henderson and Gini Wijnaldum providing the energy ahead of him.

Up front, Roberto Firmino should return to the starting lineup having not played since coming on as a second-half substitute in the 3-0 defeat at Barcelona on May 1st. Firmino will be flanked by Mohamed Salah and Sadio Mané.

Pochettino has some injury concerns regarding Harry Kane, Jan Vertonghen and Victor Wanyama, however, I think all three will make the starting lineup on Saturday night.

Kane’s return to full training means that either Heung-Min Son or Lucas Moura will miss out on a starting place. I think Son may have to settle for a place on the bench after Moura’s heroics in Amsterdam in the semi-final.

Ben Davies misses out altogether due to an ongoing groin problem. Harry Winks and Davinson Sanchez are also doubtful.

Pochettino will probably set Spurs up in a 4-3-1-2 shape with Dele Alli supporting Kane and Moura in attack.

Wanyama, Moussa Sissoko and Christian Eriksen will be the line of three in midfield with Eriksen also given license to push forward at every opportunity.

Kieran Trippier and Danny Rose will be the full-backs while Toby Alderweireld and Vertonghen will martial the centre of the Spurs backline. 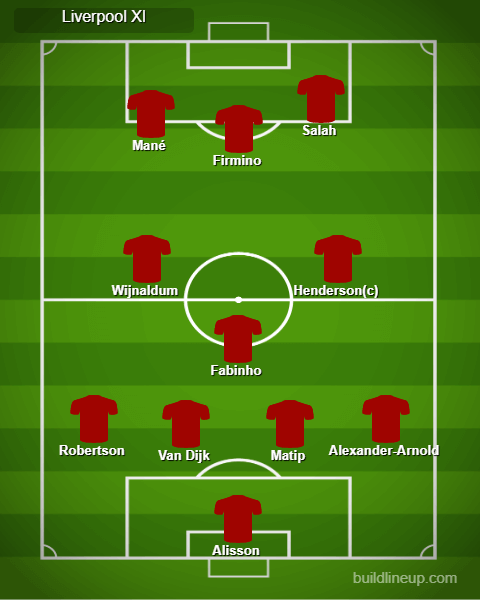 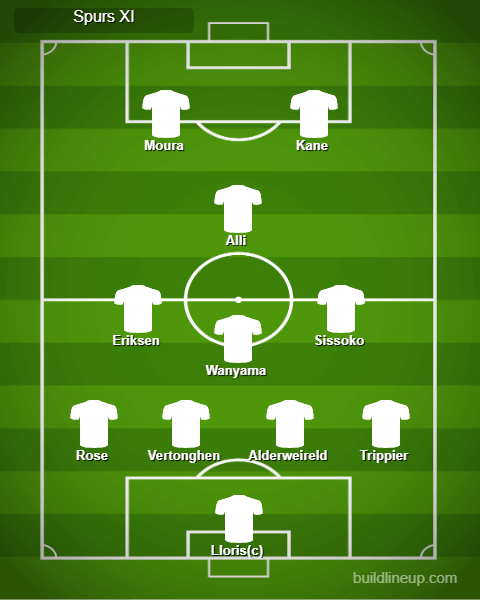 Liverpool did the league double over Spurs this season, winning both games 2-1. Spurs haven’t beaten The Reds since the 4-1 hammering at Wembley back in October 2017, just over five weeks before Virgil van Dijk made his move to Anfield.

Gini Wijnaldum and Roberto Firmino were the scorers in Liverpool’s win at Wembley this season while Erik Lamela pulled back a late consolation goal for the home side.

At Anfield, it was a much more even contest with Spurs deserving at least a draw from the game. Firmino was on the scoresheet again for Liverpool before Lucas Moura cancelled out The Reds’ lead. However, a late header from Salah was dropped by Hugo Lloris and deflected into the net by Alderweireld to give Liverpool all three points.

Such a tight affair. It’s a very tough game to call but I’m (surprise, surprise) going for a Liverpool win. I think Firmino will return with a goal. He scored in both meetings with Spurs earlier this season so I think he’ll make it three-in-a-row against Pochettino’s men.

Liverpool’s added experience and drive stemming from last season’s final defeat will carry them over the line on the night.