Max Clark was a surprise name recently linked with a move to Liverpool. The 24-year-old came through the ranks at Hull City and replaced Andrew Robertson in the starting XI following the Scotland captain’s move to Anfield. Prior to the 2017/18 campaign, Clark spent time on loan with Cambridge United. He stint as first-choice left-back for the Tigers was short-lived and in the summer of 2018 he moved to Vitesse.

He battled against former Manchester United full-back Alexander Buttner for a place in the starting XI before eventually forcing him onto the bench. He’s pretty much been the undisputed starting left-back for the Dutch side ever since.

Sky Sports named him in their stats based England side in November and this alerted the masses to Clark. The left-back revealed he’d be open to returning home in the new feature: “At the end of the day, I believe in myself and I want to play in the Premier League. I am doing my best out here and grafting away. I have been getting my head down, thinking about what I am doing and analysing myself. I just have to keep working hard and being me.”

If he’s showing up on Sky Sports’ stats then he’s likely appearing on Michael Edwards’ laptop too. Clark has just 18 months left on his deal and would be available for a bargain price, rumoured to be around the £500,000 mark.

Liverpool need an understudy to Robertson. Though James Milner does an admirable job there, the dynamic shifts when the versatile midfielder starts in place of the flying Scotsman. The step up from the Eredivisie to playing for the best team in Europe is a big one. But the Reds are experts when it comes to profiling players. It’s why they’ve been near perfect in the transfer market since Edwards’ appointment as Sporting Director.

Clark might not be the most well-known player but his numbers are impressive but full-backs shouldn’t be judged solely on their stats. A lot of their output hinges on the system the team utilise and just because they aren’t chipping in with assists galore doesn’t mean they couldn’t be that sort of player. What is important, especially for Liverpool, is judging a player stylistically. The former Hull man seems like a good fit. 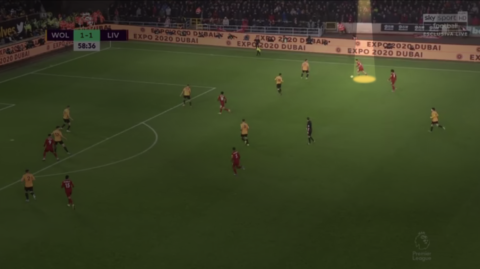 What makes Trent Alexander-Arnold so dangerous is the positions he opts to cross from. Other full-backs look to beyond the 18-yard line before getting the ball into the box but this narrows the angle and unless the delivery is perfect they are usually much easier to defender against. By opting to cross from the position highlighted above, he’s able to curl the ball into areas he wants to hit. He transforms a cross from a hopeful ball into the box into a precise one hitting a certain zone.

Very few players replicate what Alexander-Arnold does. Even Robertson tends to cross from more advanced positions, though he has tweaked that this season a little to mirror what the No.66 does.

But Clark ticks that particular box. His crosses come from areas Alexander-Arnold would be proud of. 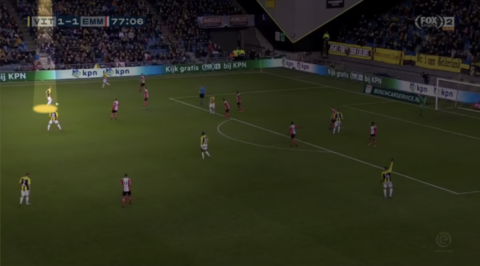 In the picture above, Clark has tucked inside and is in possession. He’s able to arc the ball into the box in a similar way to that of Kevin de Bruyne. His crosses could be described as passes. They’re measured, controlled and fairly accurate. Having that threat from the left even without Robertson would add another dimension to this Liverpool attack. And Clark does it time and time again. 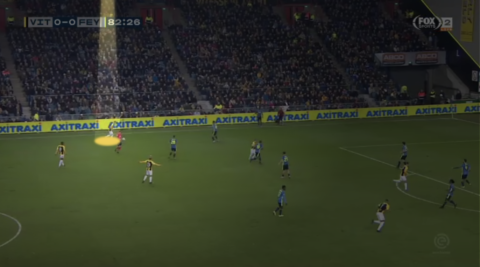 This time, the 24-year-old is much closer to the sideline. However, his mindset remains the same. The earlier he can get the ball into the box, the trickier it is for opponents to defend it. Most defensive lines will initially be higher up. They’re then having to turn to face their own goal to get rid of these balls into the box, and that isn’t a situation many want to find themselves in. It’s why defending teams often like when full-backs drive to be byline. Those clips into the area come when the defenders are set for them.

Clark opts to get the ball in early to give his attackers the best opportunity of scoring. This is why Sadio Mane and Roberto Firmino tend to score so many headers. It’s because the crosses they’re attacking are into space as opposed to them having to compete with centre-backs to win the ball.

The Vitesse man has limitations but his crossing ability should mean he’s on the list of potential left-backs for the Reds.