Having been confirmed as champions for the first time in Premier League history, Liverpool must not rest on their laurels for next season. It’s been 30 years since the Reds last won a title, so to avoid a repeat of that, deals must be made and contracts must be signed to strengthen the title-defending side.

Odds of 9/5 for Liverpool to be successful once more in 2020-21 are not to be sniffed at and football fans will be wanting to get a slice of the betting action before the odds narrow. Of course, having sat through lockdown for a good few months, questions like “are bookmakers open today?” are genuine concerns. But, for those wanting a flurry, many bookies have reopened as the Reds aim to build for next season.

So, when the football stops and the business begins, just what does Reds boss Jurgen Klopp need to be a success once more?

Andrew Robertson has become one of the world’s leading left-backs following a move from Hull City in July 2017 for a meagre £8m fee. But, with Alberto Moreno moving on last summer and with youngsters Adam Lewis and Ki-Jana Hoever not yet ready to slip into the side on a more regular basis, some kind of cover for the Scot is needed.

Having suffered with injury problems last season, Klopp will not want those defensive frailties to occur once more if Robertson cannot make the squad. So, some kind of versatility in this position should be looked at.

Whilst Liverpool have netted 77 times in the Premier League this season from 36 games, Manchester City have accrued a massive 93. Despite the overwhelming points gap between the two sides, that somewhat lack of attacking returns could become a problem.

As Naby Keita has been identified as more of a defensive midfielder having failed to live up to the attacking hype in his two seasons at the club, there is still room for more. Fabinho has become one of the league’s most impressive holding midfielders whilst Georginio Wijnaldum pops up with appearances and goals every now and then.

On the other hand, Adam Lallana and Alex Oxlade-Chamberlain have struggled for game time as Klopp brought in Takumi Minamino in a bid to bolster his attacking threat.

What has been noticed in games which Liverpool have struggled – though this itself has been a rarity this season – is that when things are not going the way of the front three of Mo Salah, Sadio Mane and Roberto Firmino, Klopp seems to have limited options to throw on. Another attacking midfielder could solve that. 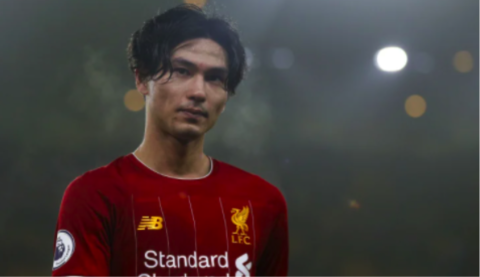 Wind the clock back a year or so, and Liverpool seemed to have a plethora of strikers at Klopp’s disposal. Danny Ings, Daniel Sturridge and Rhian Brewster (on-loan) all left last summer to change that, with only Belgian Divock Origi able to slot in.

Firmino has been linked with a move away, but even if he doesn’t move on, the Brazilian needs another backup. One that can press from the front, make it easier for the wingers to do their job and score goals will be necessary for Klopp and his men to replicate such a stunning season. With main target Timo Werner opting for Chelsea, it will be interesting to see how the German boss responds.