The win over Burnley was exactly the sort of game Thiago was signed for. He was one of the main reasons Liverpool were able to stamp their authority on the match. As a result, not only did they dominate the ball, they also dominated the space. That was the big difference.

Usually, in matches against Sean Dyche teams, the Reds have the majority of the possession but they’re limited in where they can operate.

Until the deadlock is broken, you see Liverpool working the ball wide and putting crosses into the box that are easily dealt with. This is partly because Jurgen Klopp has built this team to generate chances originating in the channels, but also because Burnley flood the centre of the pitch.

The plan for the hosts last night was evident as soon as their starting XI was announced. Matej Vydra was dropped, a midfielder was added and Burnley moved away from their usual 4-4-2 shape, instead opting for a 4-5-1.

To be fair to them, they did a number on Fabinho. They couldn’t lay a glove on Thiago, though.

The Spanish playmaker has really started to purr in recent weeks. His performance at Turf Moor might’ve been his best one yet.

Instead of allowing Burnley to dictate the space, Thiago made the hosts bend to his will. Inside of two minutes you could tell he was up for this particular battle. 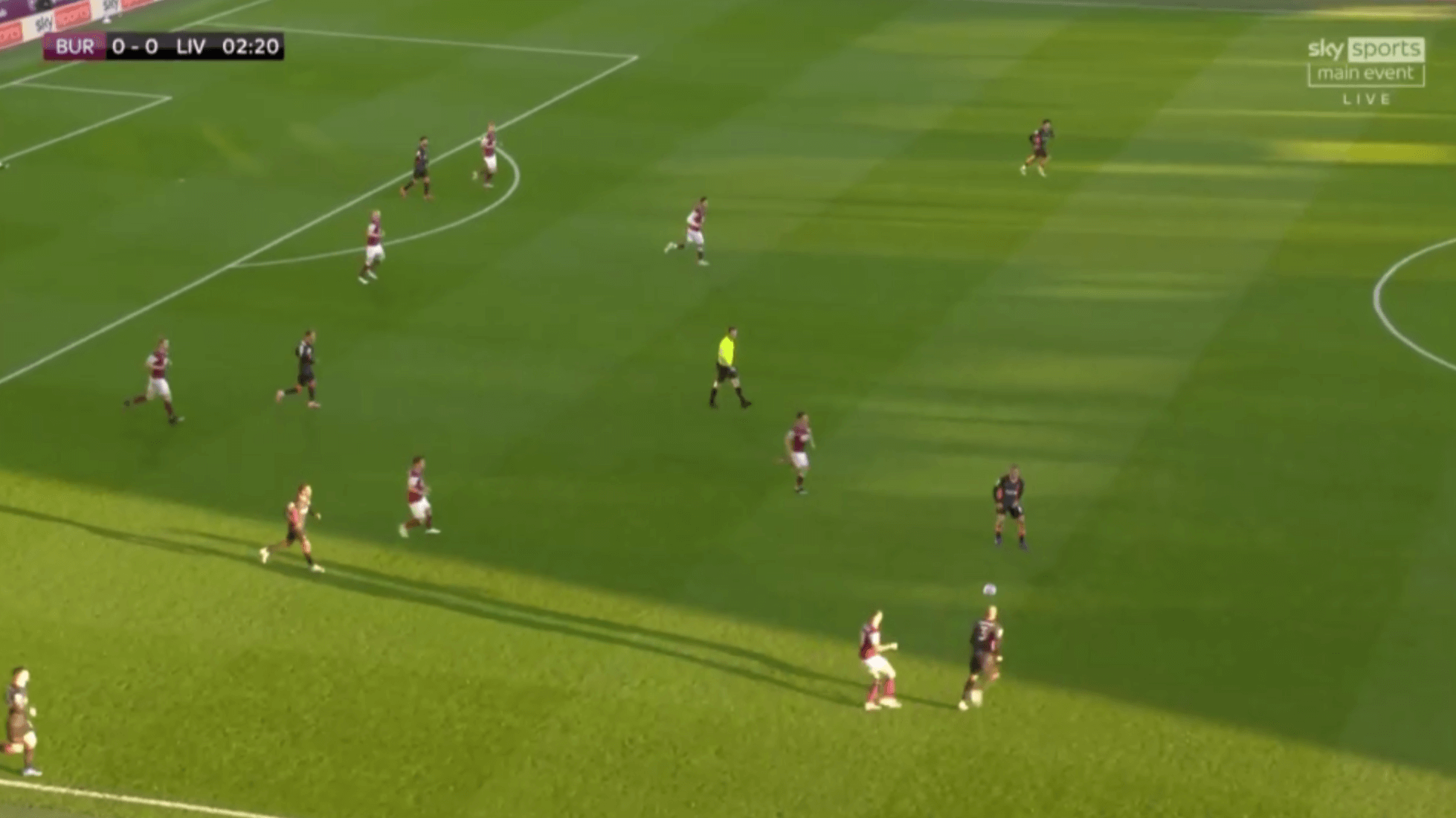 The obvious thing to do in the above scenario would be to switch play to the right. For starters, the home side have a lot of bodies on the left side of the pitch. It isn’t an area you’d expect Liverpool to want to play in. You also have to assume that Thiago receiving the ball with his back to goal would be a pressing trigger. 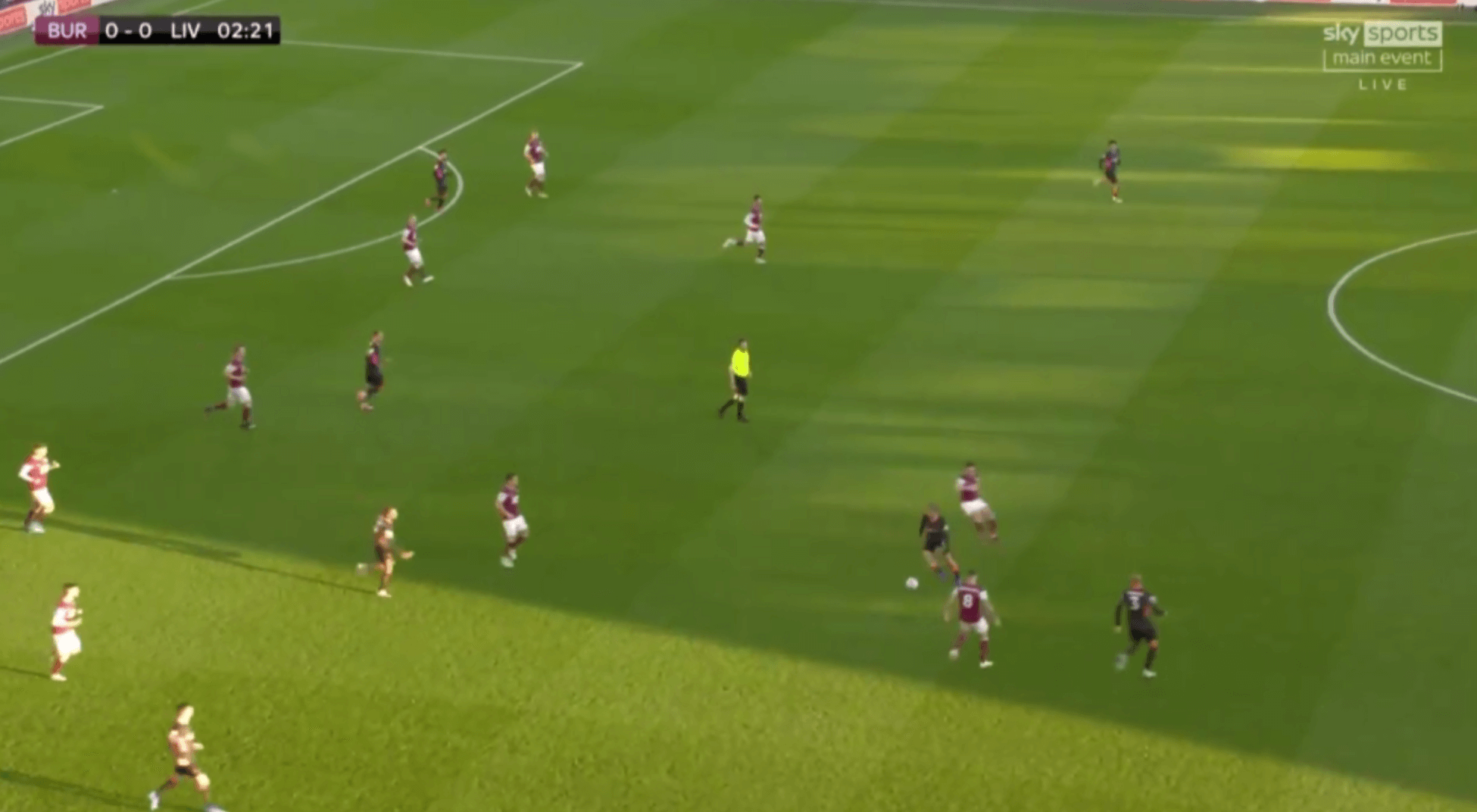 Jack Cork does try to nip in and get at the former Bayern man, but he dips into the now vacant space left by the Burnley No4’s decision to gamble. Thiago is able to then carry the ball forward and force Ashley Westwood into closing him down 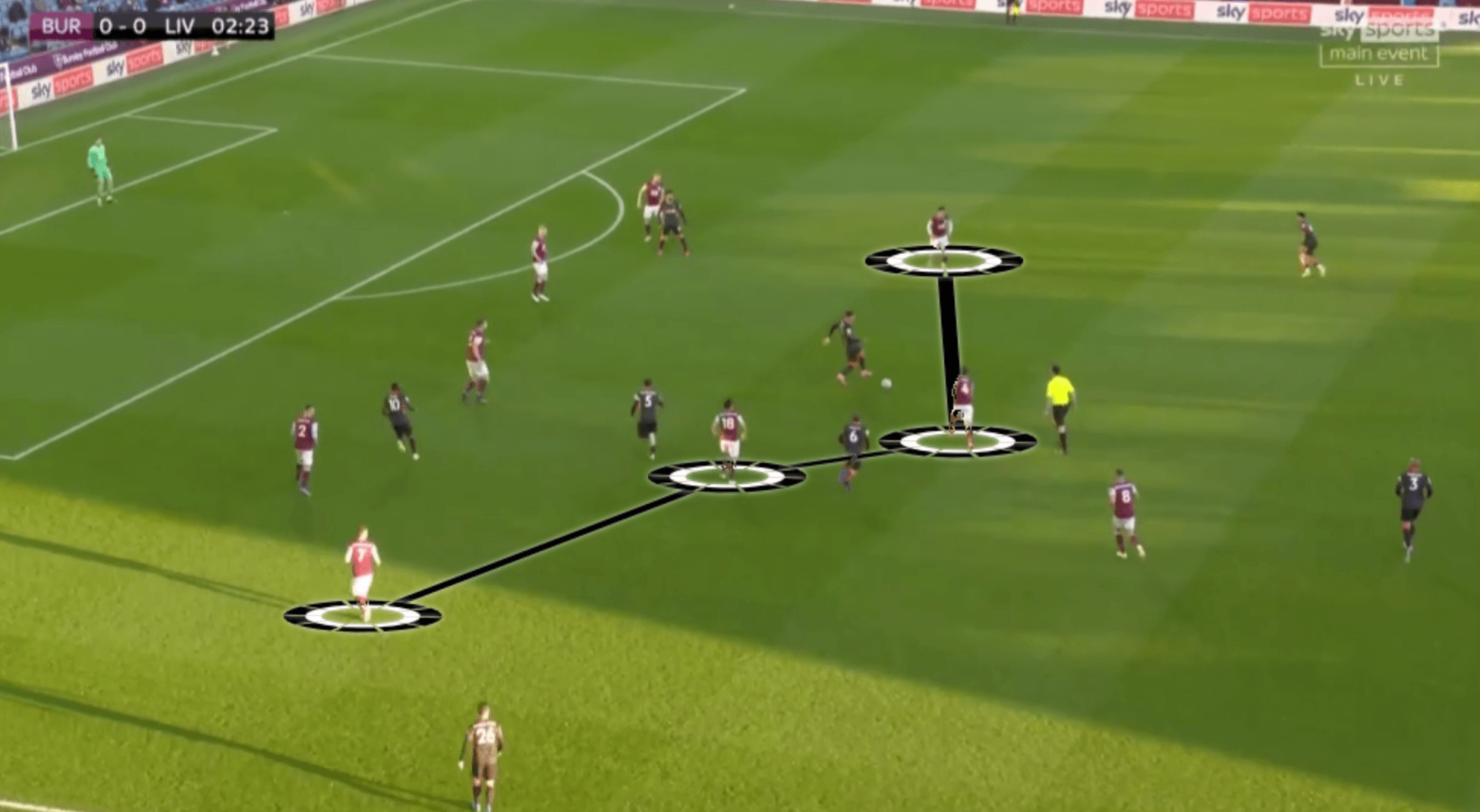 Thiago is then able to lay it off to Roberto Firmino and Liverpool are in behind the Burnley midfield. Not only that, though, they’re behind them in a central area. Dwight McNeil is forced inside to smother the potential space in front of the centre-backs and this leaves the wide areas completely open.

This move eventually ends with Trent Alexander-Arnold’s deflected shot finding Sadio Mane in the penalty area. He gets it all wrong and skews his shot.

That chance doesn’t come about if Thiago doesn’t drag Burnley midfielders out of position.

There was another example of this in the first half. 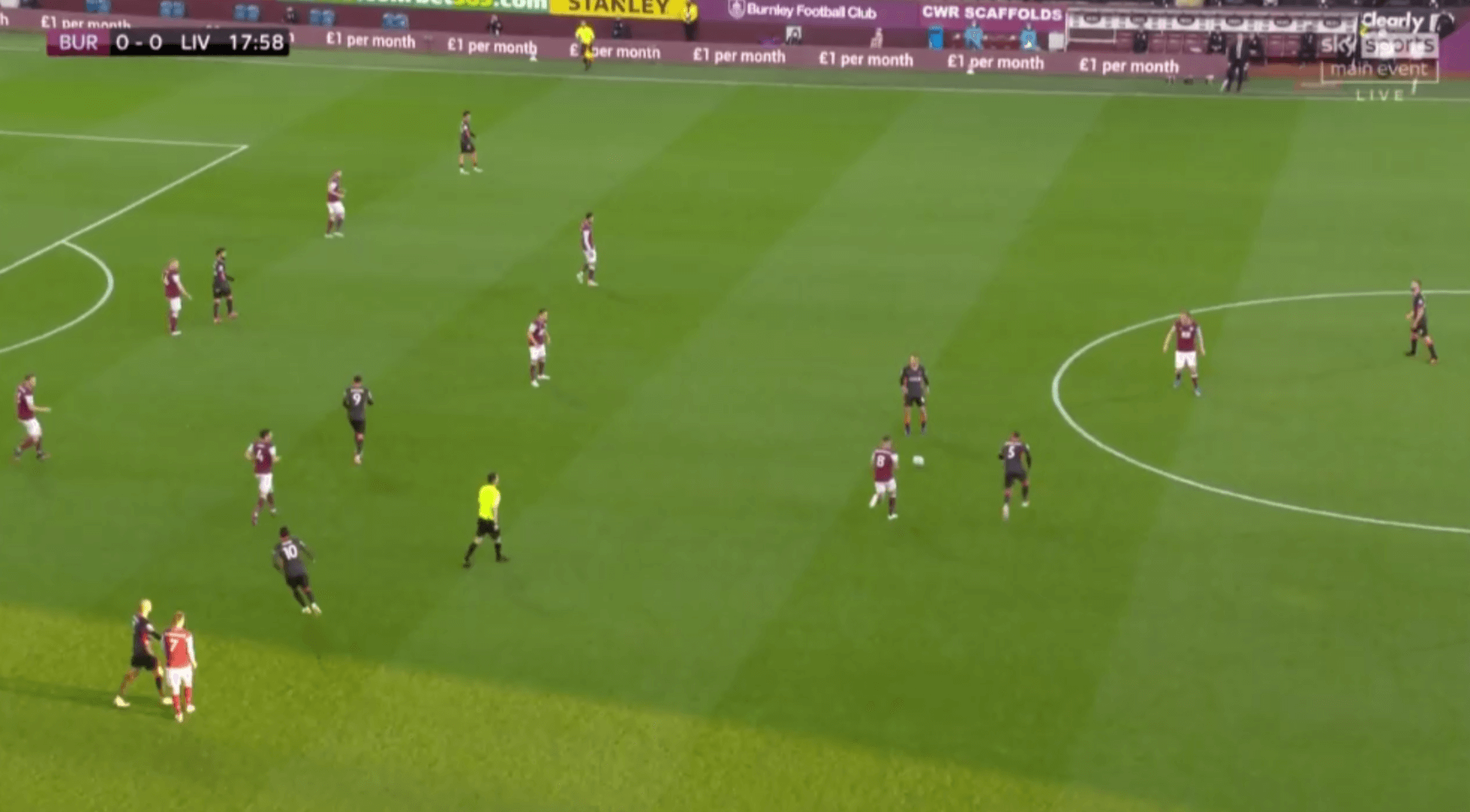 Again, the midfield maestro picks the ball up in the centre of the pitch. The usual route from here is to carry the ball to the right and then, more than likely, play a pass to Alexander-Arnold.

That is what Burnley expect.

Again, though, Thiago doesn’t allow Dyche’s side to dictate the space.

He drives into traffic and commits bodies before playing a pass to Firmino. The Brazilian has taken up a position behind the Burnley midfield and is able to turn. Liverpool work it well to retain possession on the edge of the area before Thiago tries to float one over the top to Alexander-Arnold. It is intercepted, but the home side are scrambling to clear it. At no point do they look assured or in control of the situation.

That is what Thiago brings to this midfield. He’s a controller. He’s the man tasked with setting the tempo and he’s thriving. It’s no coincidence that Liverpool’s best run of form coincides with everything going through him.