Earlier on in pre-season, Liverpool journalists claimed Ibrahima Konate was likely going to start the season alongside Joel Matip in defence. It was something of a surprise to see Virgil van Dijk named alongside the former Schalke man in the starting XI against Norwich City on Saturday.

He’d come through the friendlies unscathed but it felt like a start in the Premier League was a bit too soon. Maybe Jurgen Klopp felt the Canaries were an ideal team to ease Van Dijk in. They’re hardly the most physical side, for starters. They aren’t blessed with explosive pace either and they’re going through something of a transition having signed a number of starters. The team selected by Daniel Farke included four new arrivals.

I’ve seen a few people say the Dutchman looked rusty, but that is to be expected after 300 days without Premier League football. A few said he looked sluggish, but that has everything to do with lacking match fitness. All you can really take away from the match is that he played the entirety without picking up a knock. He never once looked to be holding back and he was getting into tussles. These are all encouraging signs from a Liverpool POV.

Furthermore, Van Dijk was pinging passes around the pitch.

He's back and he's beautiful pic.twitter.com/LCnXNdLtTY

Now, not all of these found a team-mate. That is usually a bonus. The reason for these raking long passes forward is to disrupt the defensive line and allow Liverpool to pick up second balls deep in the opposition’s half. It allows the Reds to get into areas to press.

A good example of this can be seen below. 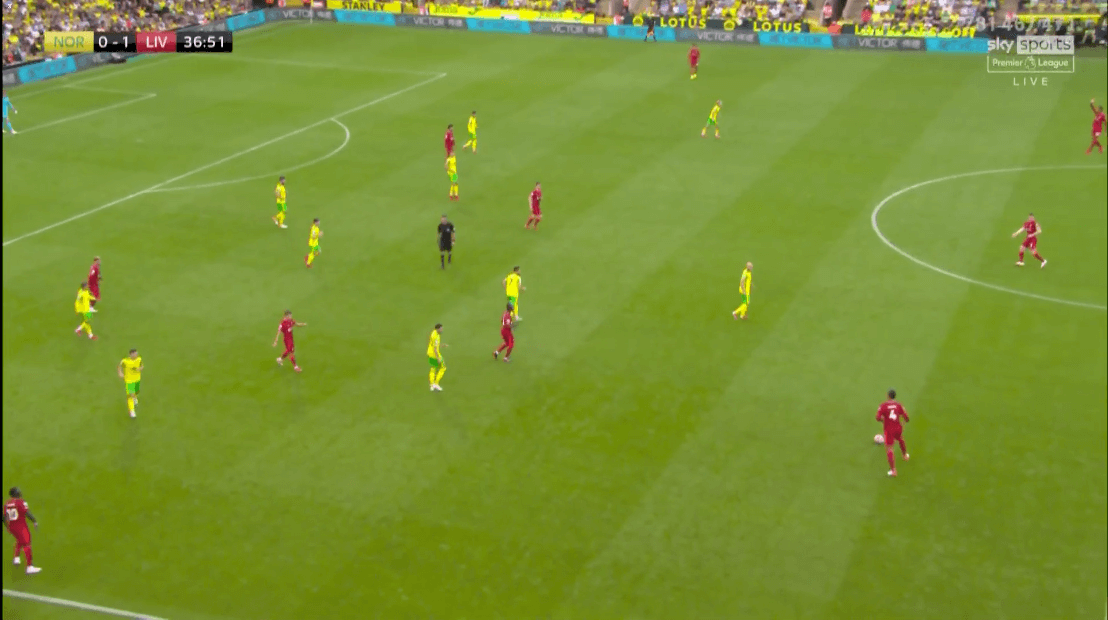 In the still above, Norwich have every single player behind the ball. They’re looking to control the space and dictate where the visitors can and can’t operate in. There’s a big switch to Trent Alexander-Arnold on or simple passes to Sadio Mane or James Milner.

Van Dijk ignores those options and instead looks to float one over the defensive line and into the path of Mohamed Salah. 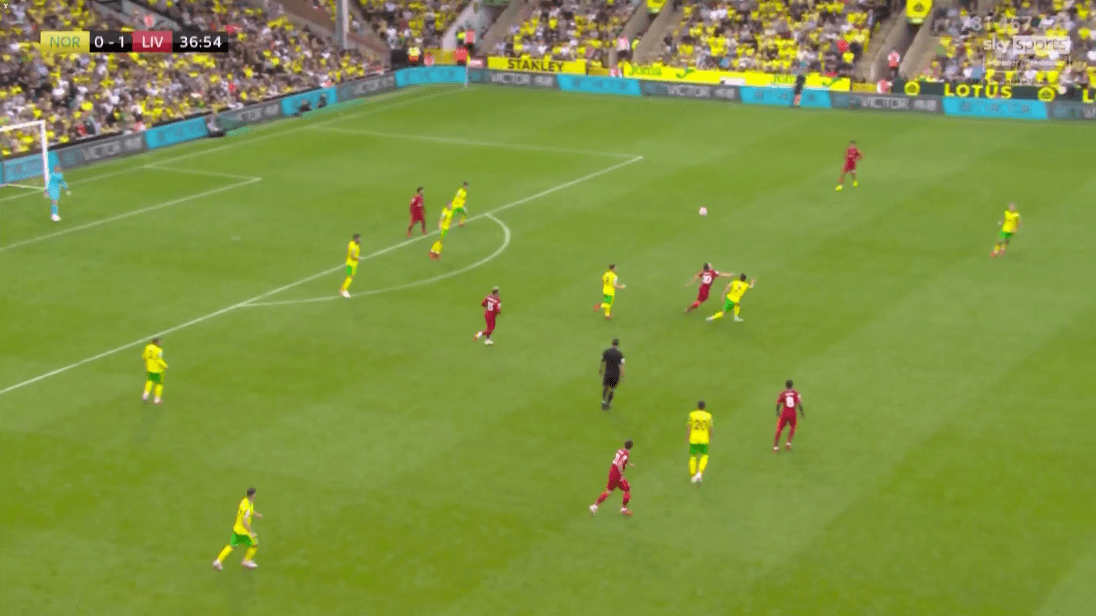 Norwich deal with the initial ball but the pass drags their defensive line back by about ten yards. Diogo Jota wins the loose ball and pokes it back towards the Norwich goal. Billy Gilmour gets a toe to this though and the ball ricochets to Alexander-Arnold. Liverpool keep the pressure on for a period of time before Todd Cantwell wins a free-kick having dispossessed the Liverpool right-back at the corner flag.

It didn’t result in a goal or a shot, but it caused chaos deep in the Norwich half. These aren’t just aimless punts forward either. Van Dijk is looking for a specific player, but he only does it when Liverpool have bodies close by so they can pick up those second balls. It is definitely an overlooked element of his game and it was something the team lacked without him last term.