There was a mixed reaction from some sections of the Liverpool fanbase when quotes emerged of Sadio Mane saying the AFCON triumph, with Senegal, meant more to him than any other trophy he’s ever won. While Jan Molby said he completely understood that, he had a slightly different view of the silverware he won himself on Merseyside. 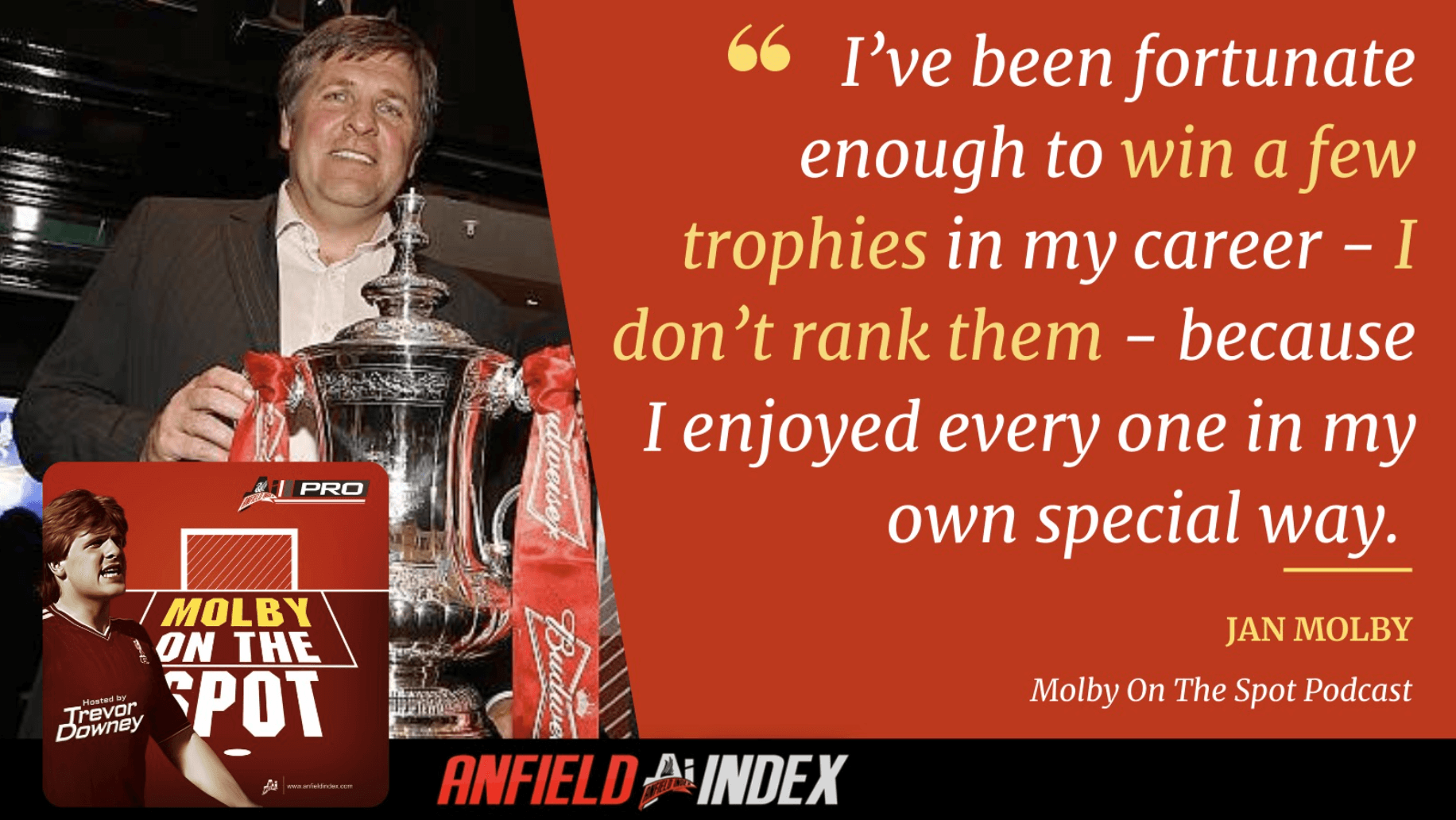 The other main focus of the podcast was the three-one victory over Cardiff City in the FA Cup at Anfield, and in particular the impact Harvey Elliott had from the bench. After sustaining such a huge injury so early in his fledgling career, Jan was impressed by Elliott’s immediate influence upon the game. His intensity, chance creation and how the whole team seemed to get a lift once he came on. 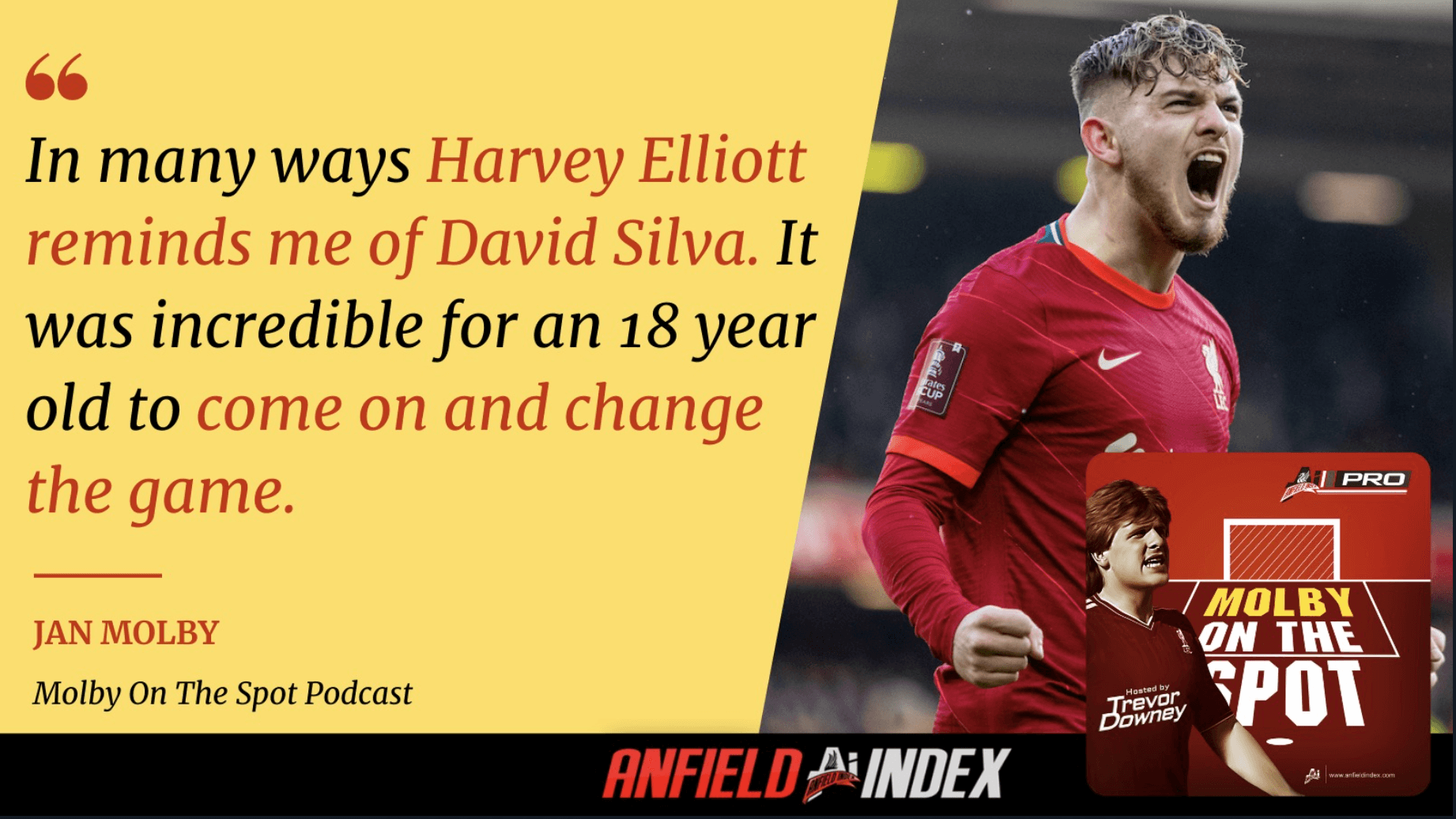 Not only that, but a comparison to Spanish playmaker David Silva sets high standards for the young Englishman to emulate. Especially from someone with the vision and chance creation Jan had on a football pitch!

The other main topic discussed by Trev – hosting the show – and Jan, was the performance of Diogo Jota: is he always involved in the game? Or can he go for periods in a game when fans barely notice his involvement? 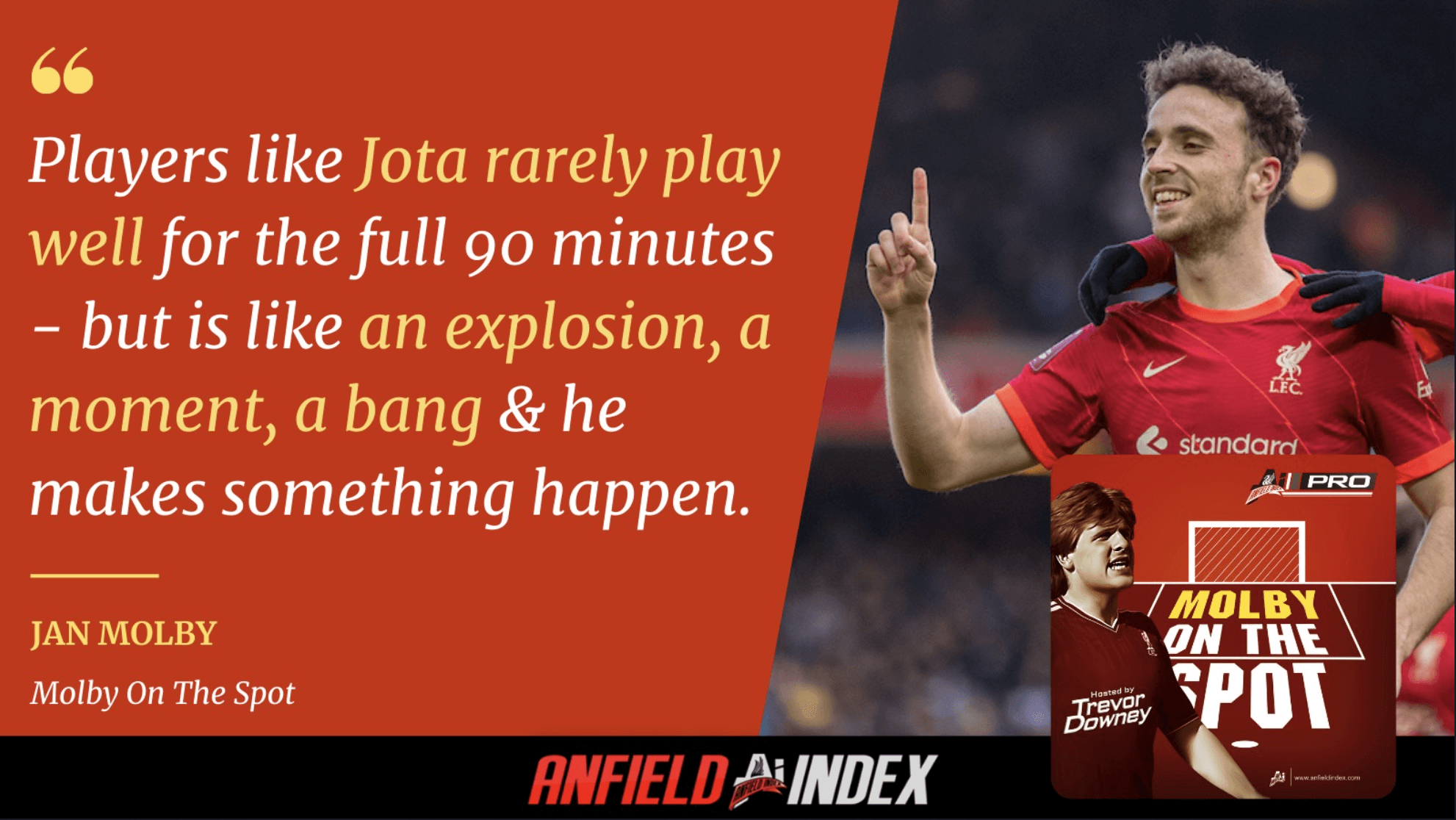 Either way, his stats and contributions since arriving from Wolves have been phenomenal and his was on target against Cardiff to put the Reds into the lead. He also had a huge chance early on in the match after a throughball by Keita and smart turn from the Portuguese forward.

If you want to listen LIVE to any Molby on the Spot, you can by subscribing to AI PRO here and also joining the Discord channel where all the best shows are recorded, and often includes lots of interaction with subscribers.