After defeat in the reverse fixture, this was a perfect opportunity for Liverpool to gain some revenge but more importantly move three points closer to league leaders Manchester City.

On Post-Match Raw, Trev Downey hosted Dave Hendrick and Karl Matchett to debate the Reds’ performance in their two nil victory over The Foxes. Dave started by saying there wasn’t much room for improvement. 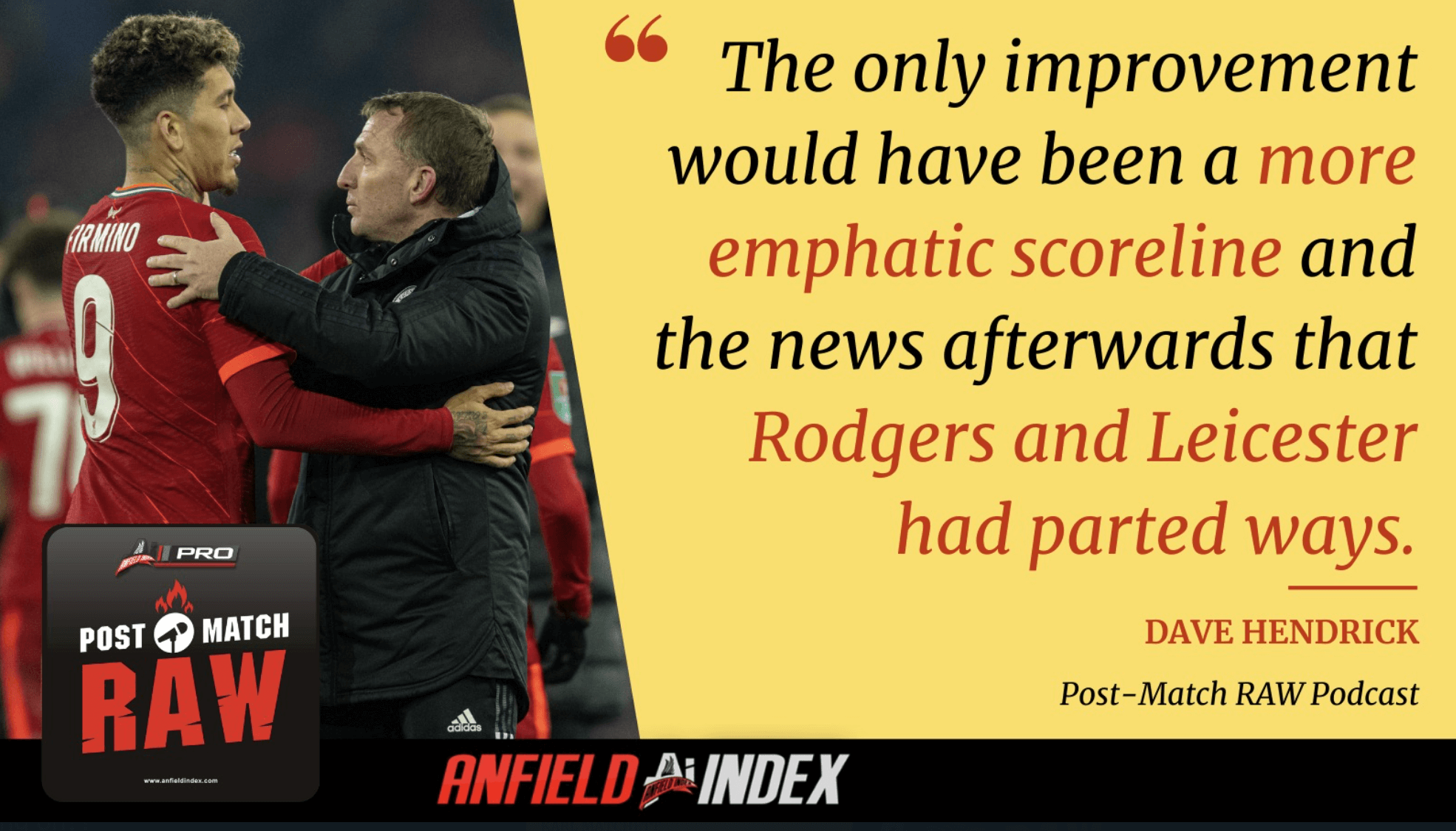 Next up was Trev purring about what Thiago brings to the side: pinging passes about, pressing, defending and tracking runs. He also discussed the Spanish maestro’s record this season. 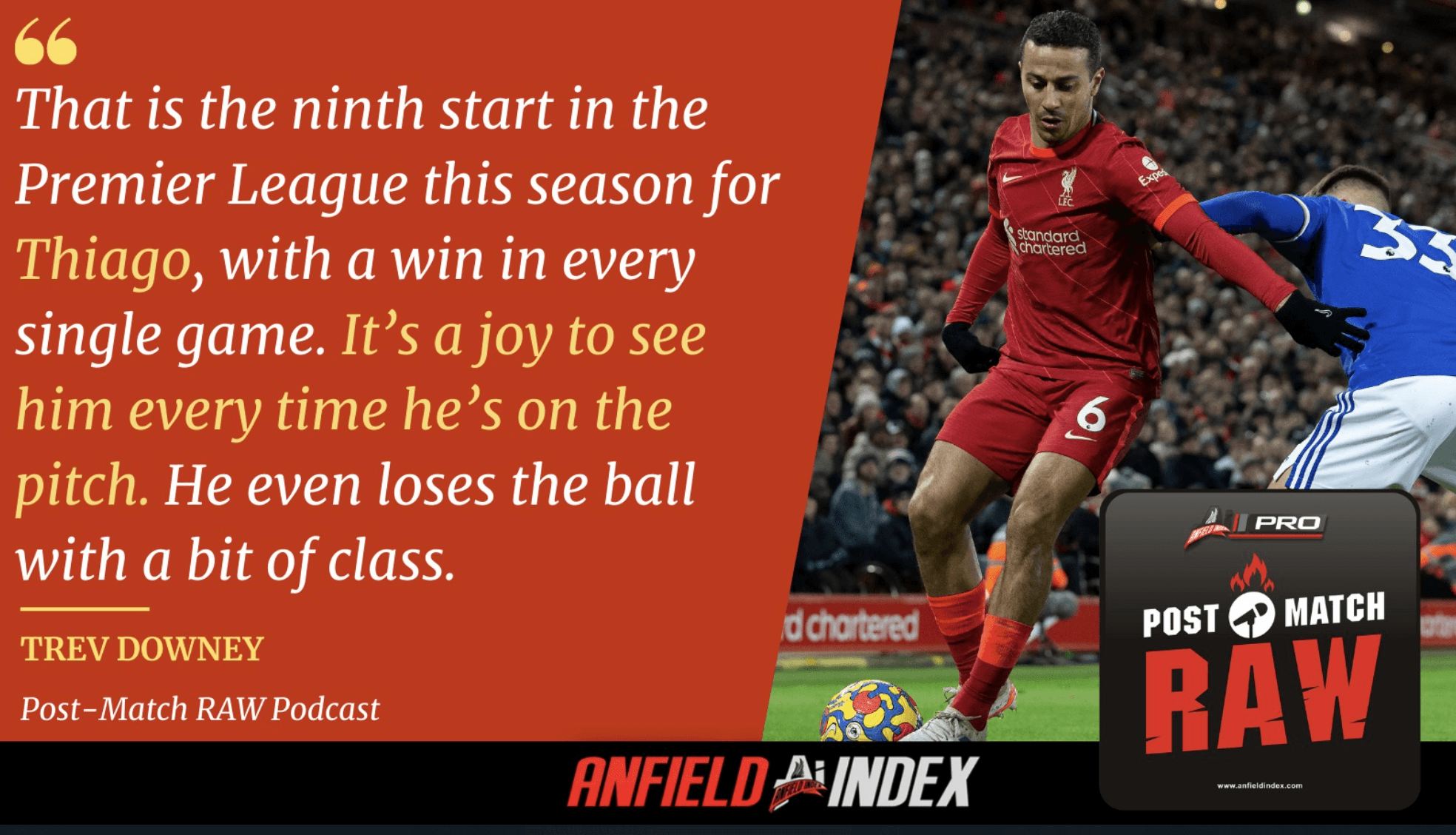 Thiago wasn’t the only midfielder setting high standards at Anfield last night though, Karl expanded it to Fabinho, and gave him some incredible praise for his performance during the first half. 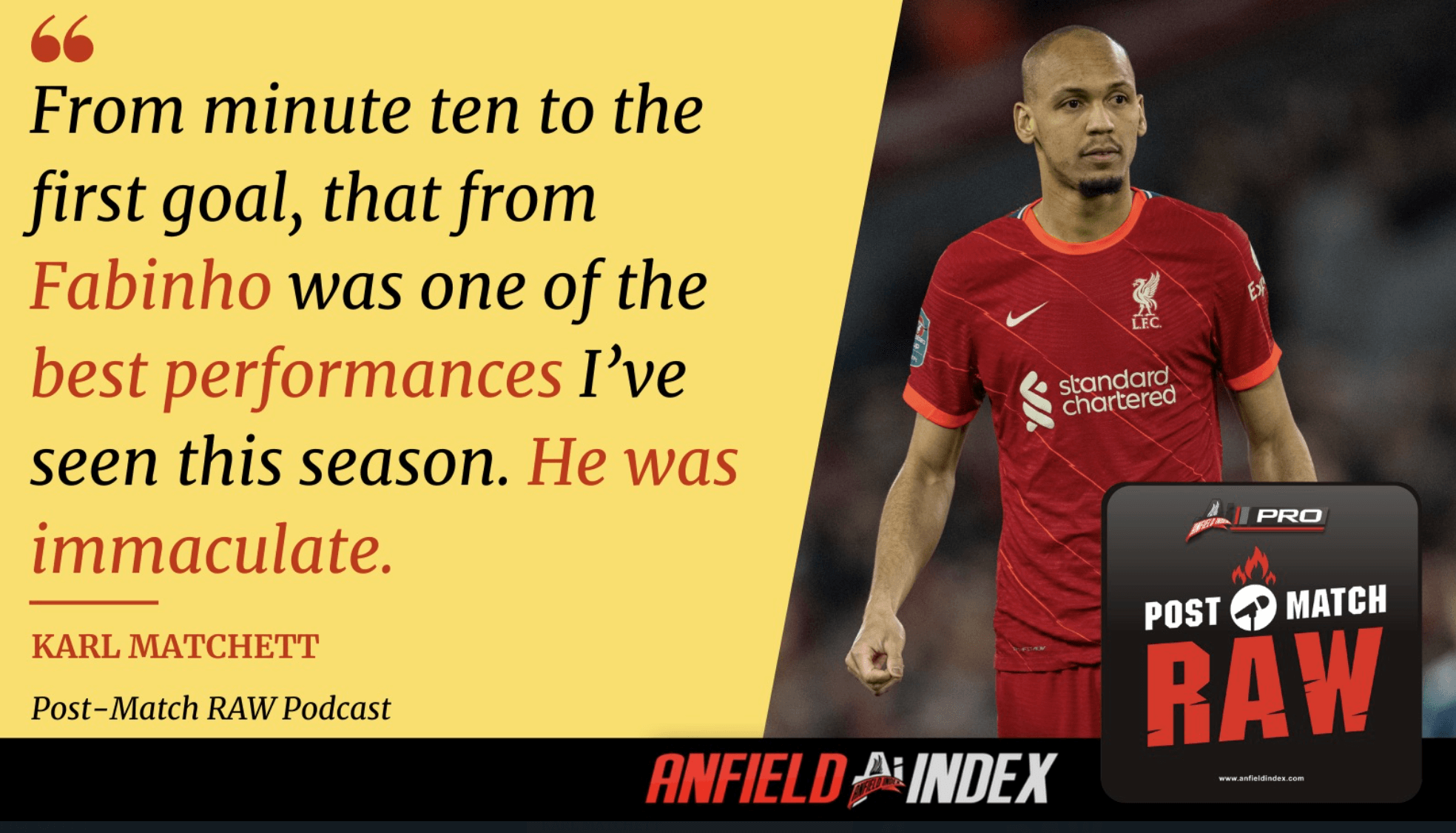 They finished with a discussion of the centre-backs, and with a lot of fans suggesting Van Dijk hasn’t quite been the same this season, there were positive words from Dave about the Dutchman’s display against Leicester. 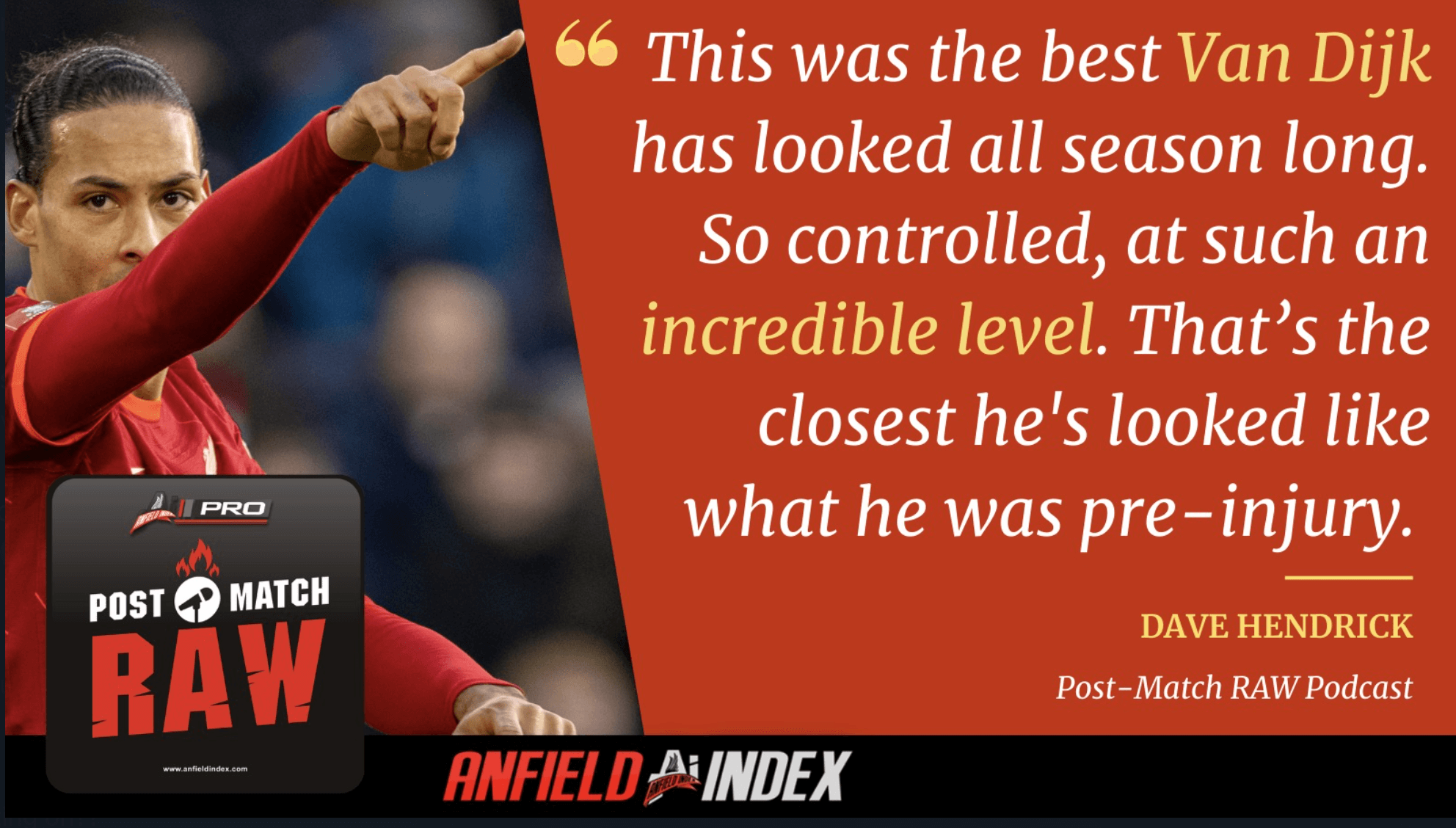 If you want to listen LIVE to any Post-Match RAW, you can by subscribing to AI PRO here and also joining the Discord channel where all the best shows are recorded, and often includes lots of interaction with subscribers. Finally there is the embedded player if you want to hear the latest episode.