It is always going to be difficult travelling to Italy in a knockout Champions League, even more soo when you facing the reigning Serie A holders Inter Milan, a side who rarely lose at home in Europe. They may not be as strong as they were last season under Conte after selling their best two players, but regardless, this was certain to be a test for Klopp’s team.

On Post-Match RAW, Trevor, Dave and Karl (joined by Guy for the second part) discussed the two nil victory in the immediate aftermath of the match. First up was the quotes from the manager about his selection of Harvey Elliott for his European debut. 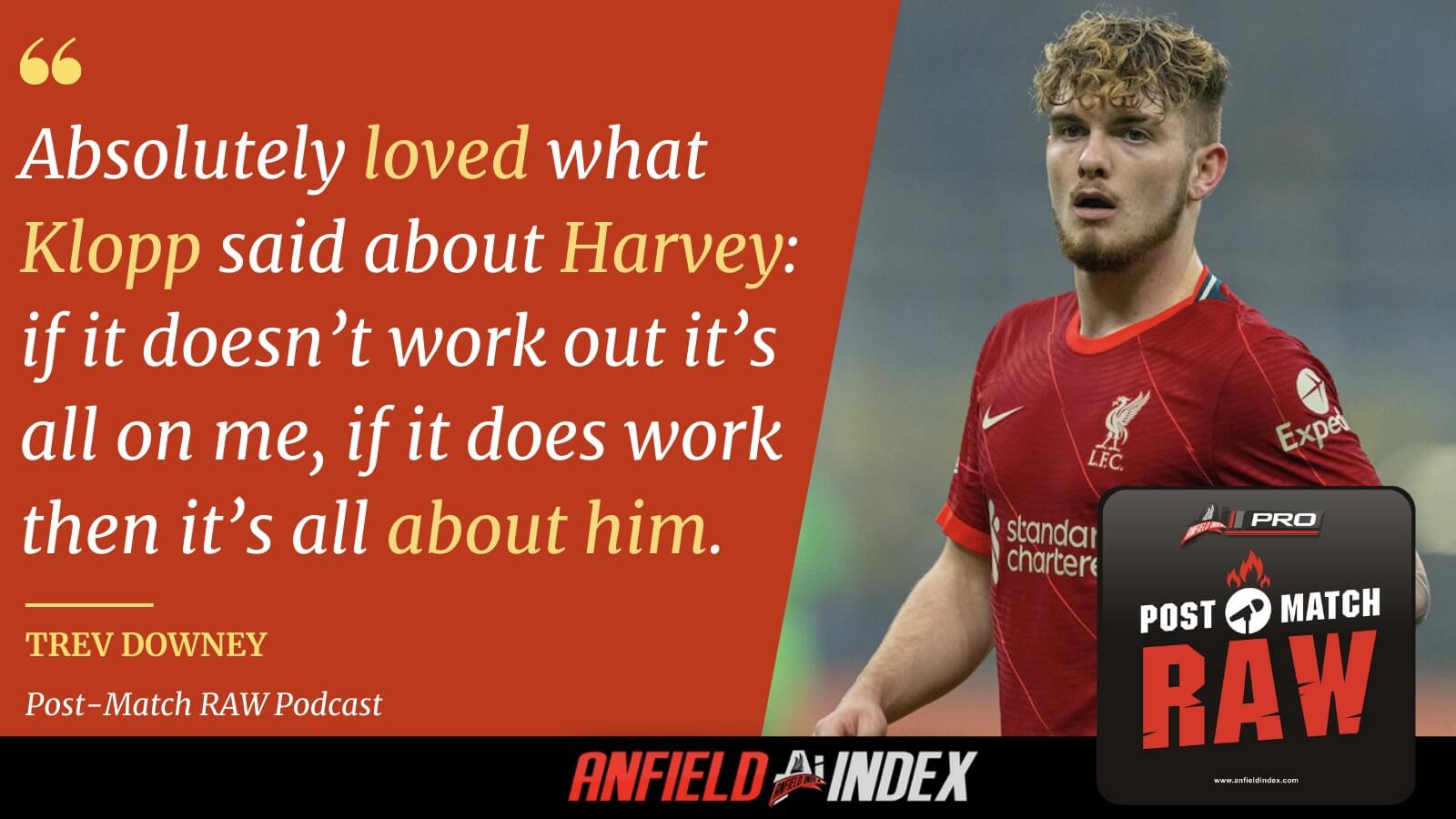 Next up was a reflection on the nature of the performance, and rather the full throttle away legs we’ve sometimes seen under Klopp, Karl suggested this game was a blast from the past. 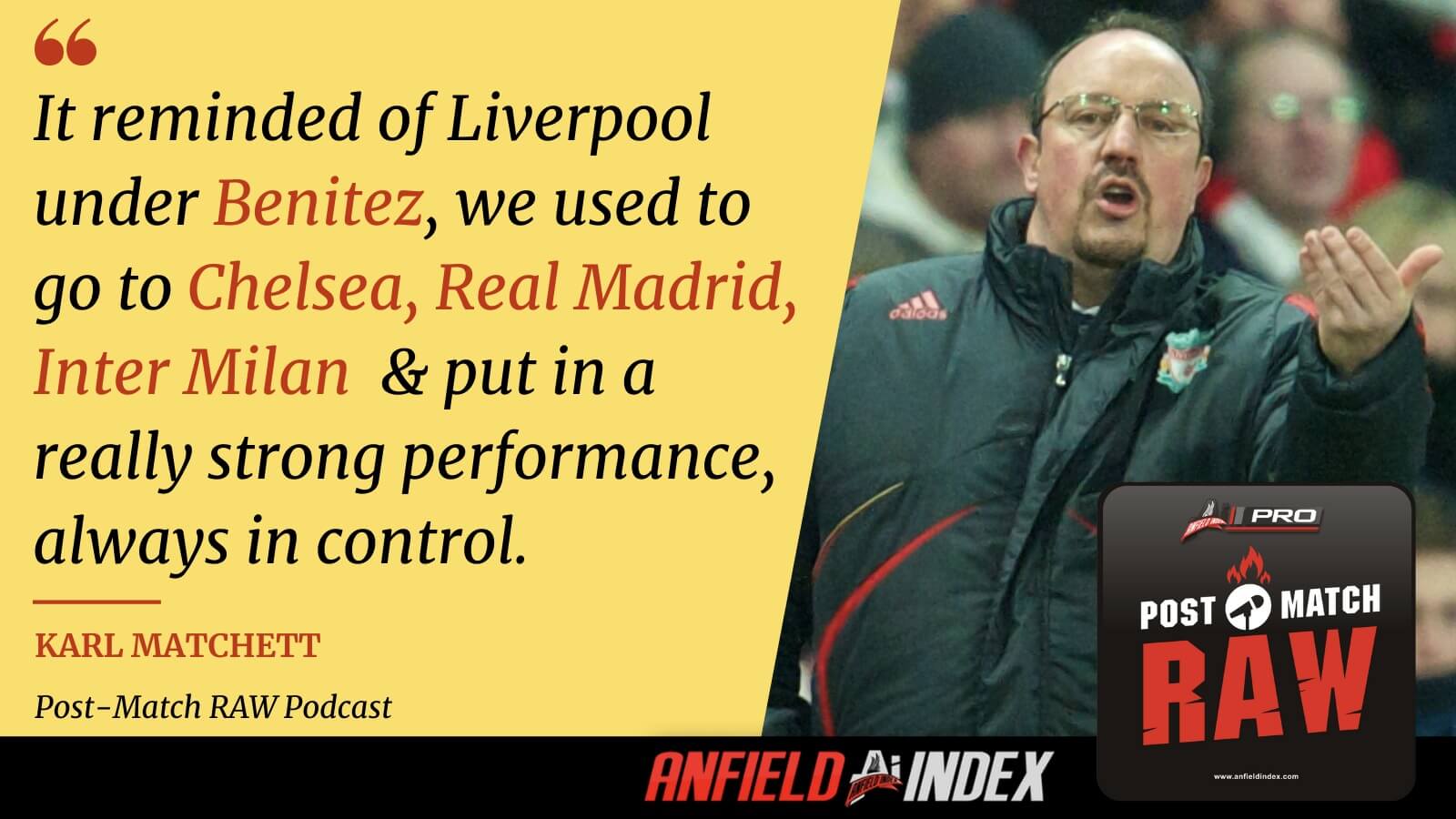 There were some pundits – and even Liverpool fans – who suggested after the game that the Reds were fortunate to get the win, and that they were under the cosh for large periods. Dave was having none of it. 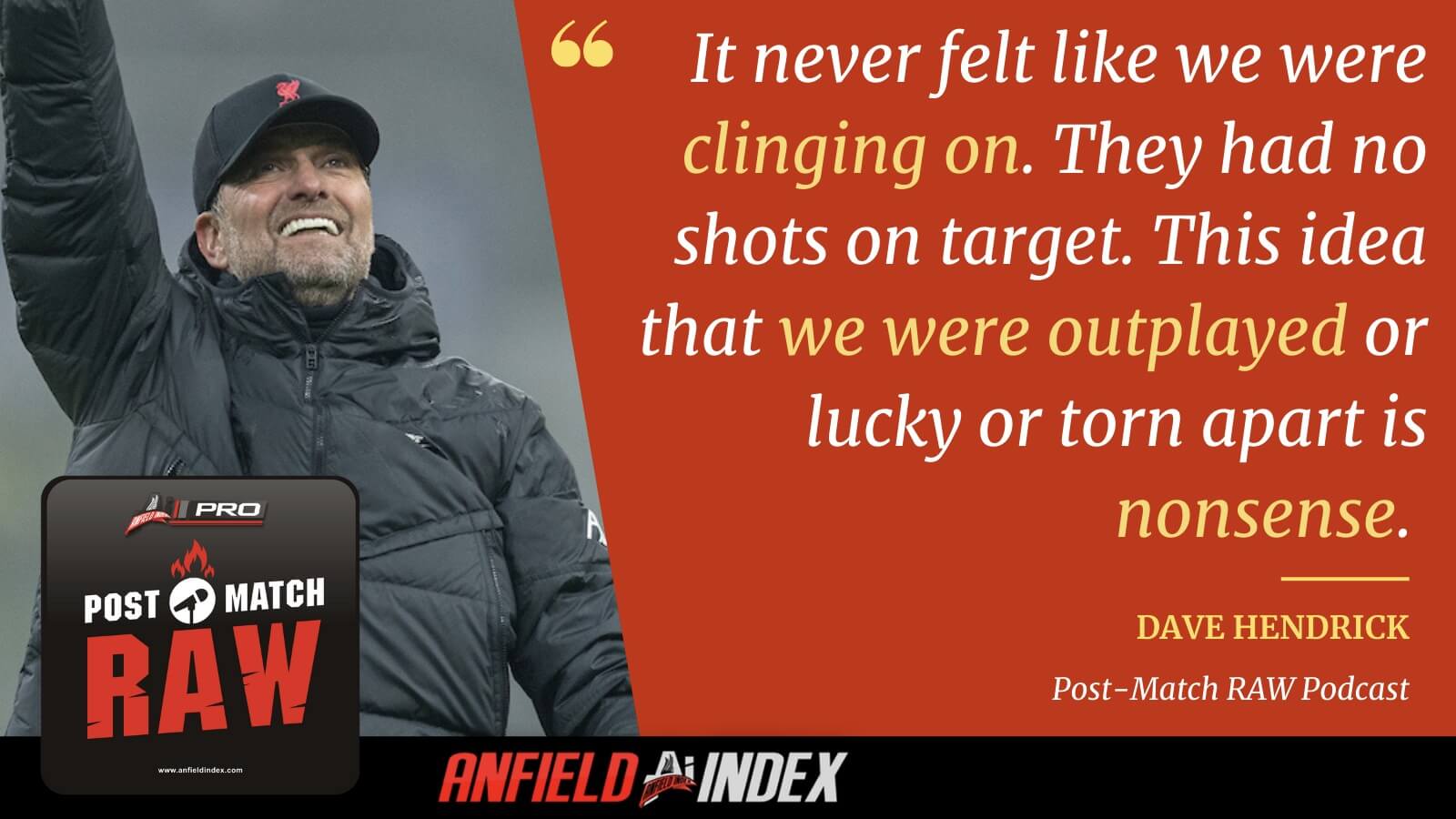 He followed that up with reference to the second half changes made by the manager, as well as the potential injury to Diogo Jota; there was also praise for all the players who came on in the second half. 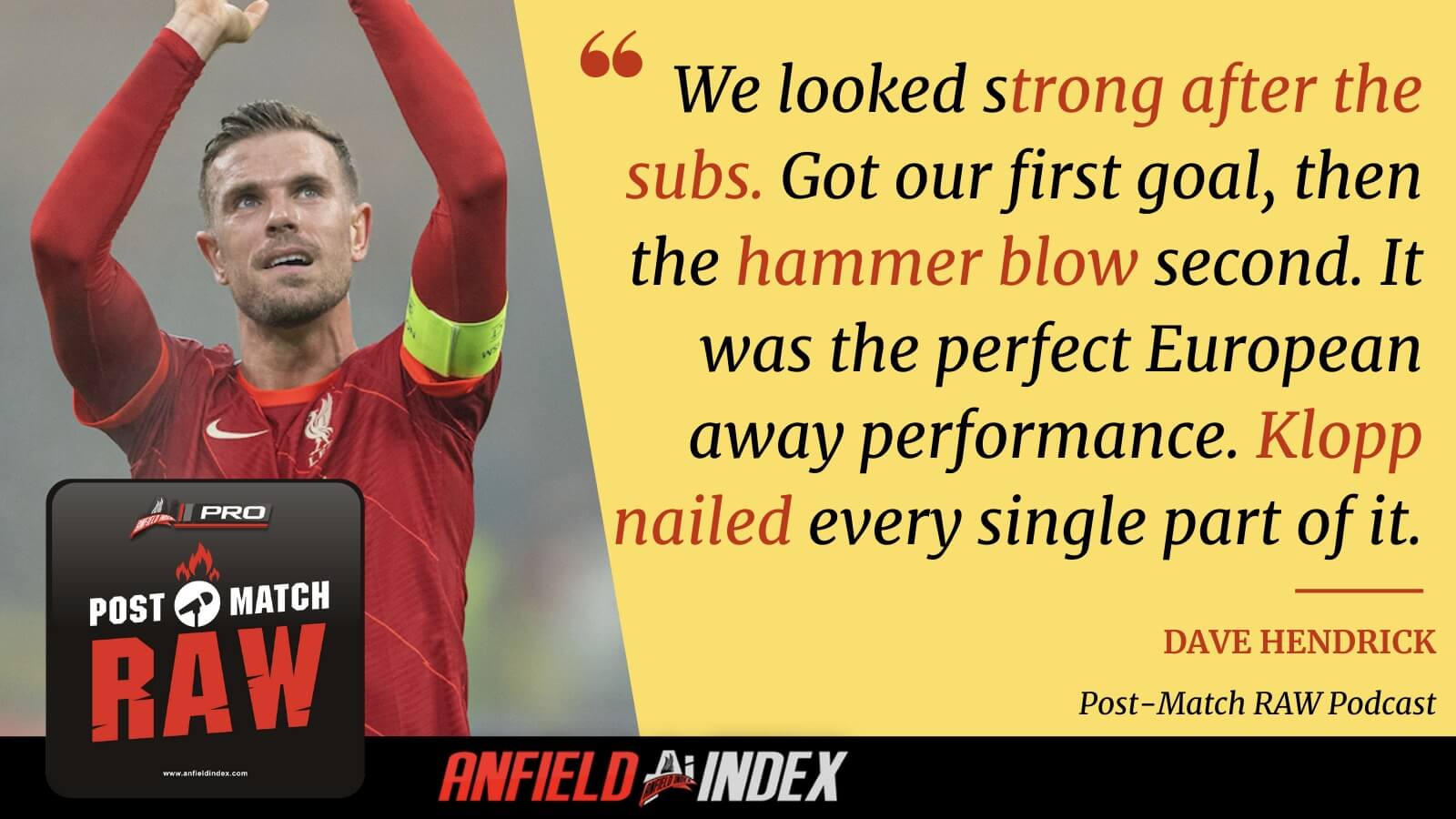 Speaking of second half substitutes, because of technical difficulties with the initial record, the podcast was cut short. Dave and Karl returned the following day to be hosted by producer extraordinaire Guy Drinkel. That, of course, had to be commented on! 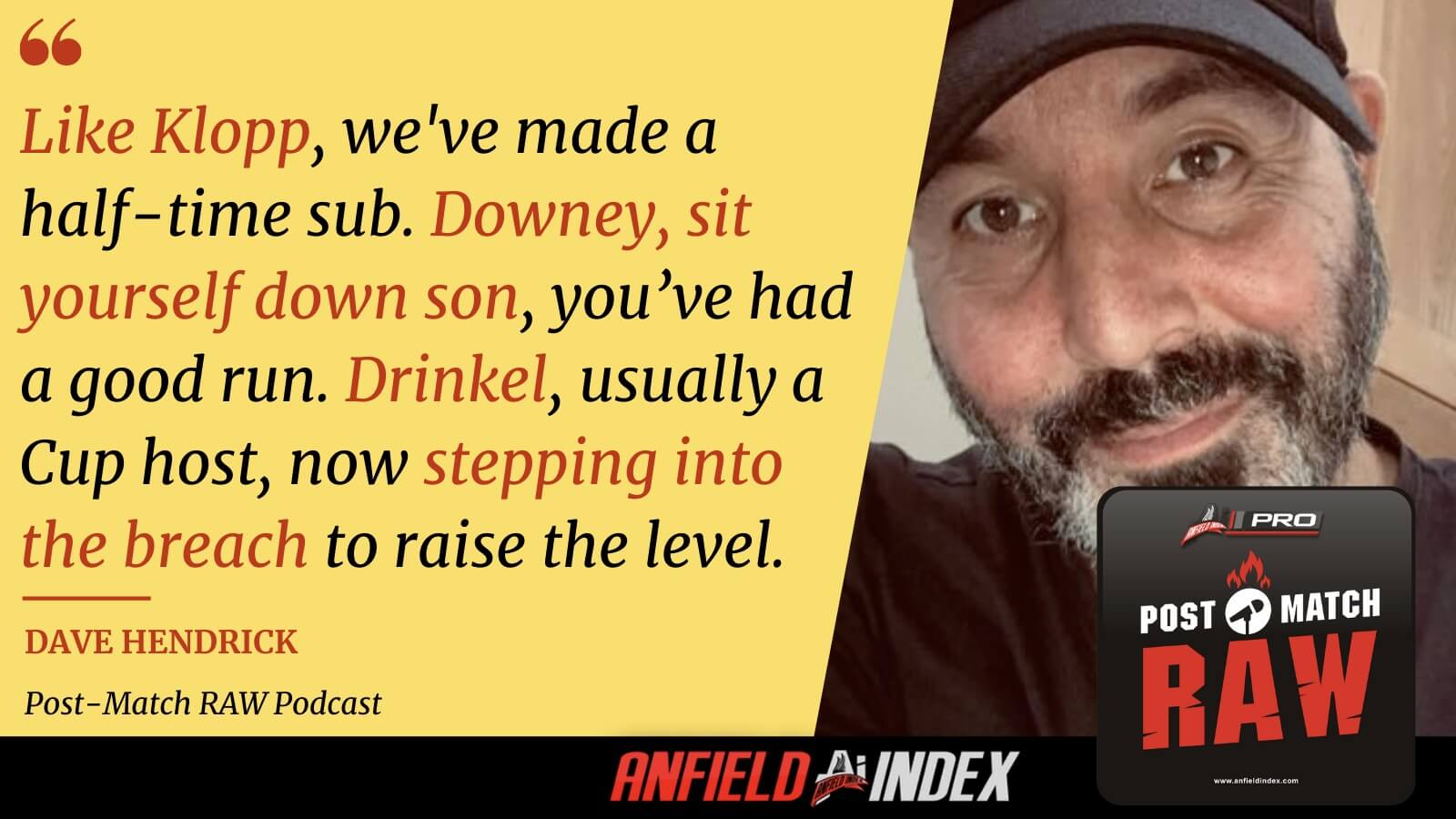 If you want to listen to the Post-Match RAW podcast without any adverts, you can by subscribing to AI PRO here and also joining the Discord channel where all the best shows are recorded. You can also listen below on the embedded player.