It was another double header for the Under Pressure boys: the two-nil victory away at Inter Milan in the San Siro in the knockout stage of the Champions League, as well as the 3-1 win at home to Norwich in the Premier League.

While the Reds ended up winning in Italy in the first leg, it was the pressing that was a huge part of the match, with both sides vying for the chance to dominate, but no-one ever quite able to do so and it led to a classic tactical battle – and record breaking pressing figures:

The highest ever number of possession wins with 53 is incredible, alongside over 150 presses in the first half alone. While it dropped off a little in the second half – which is bound to happen after such an intense first 45 minutes – there was also a tactical shift with Firmino focusing on the holding midfielder while Jota was constantly triggering to press the goalkeeper. 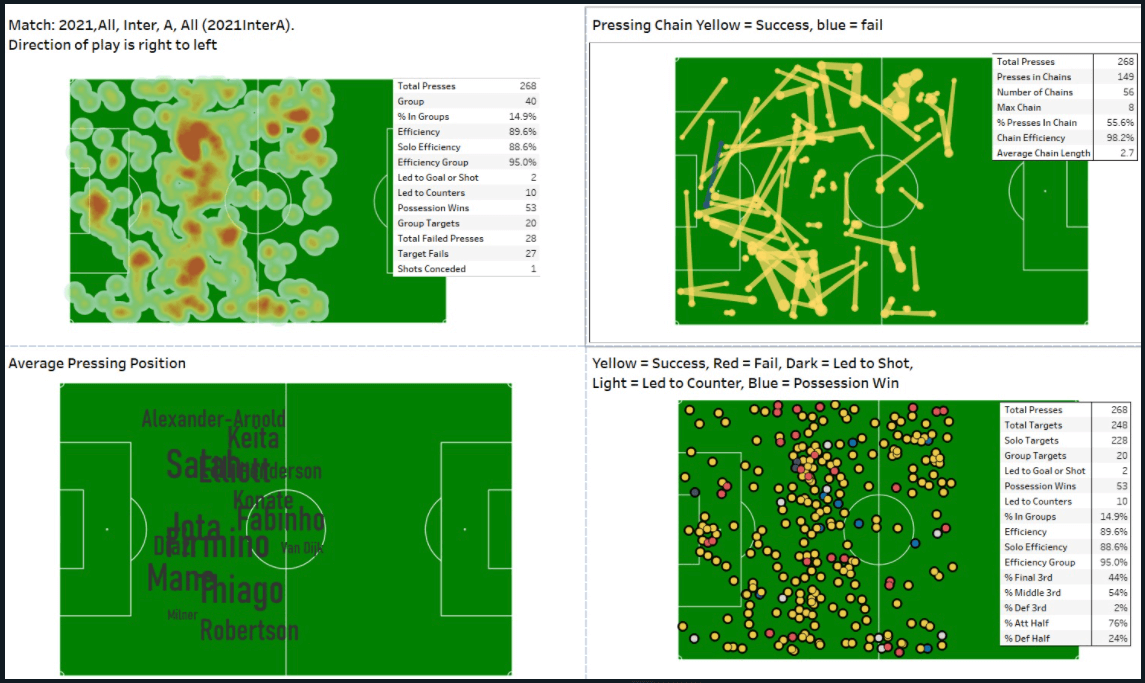 It wasn’t all one way traffic either, and although the Italian side didn’t test Alisson at all during the game – coming closet when hitting the bar – they did have a number of chances and the only reason they didn’t get through was the quality of the Reds’ defence as noted by Simon Brundish. 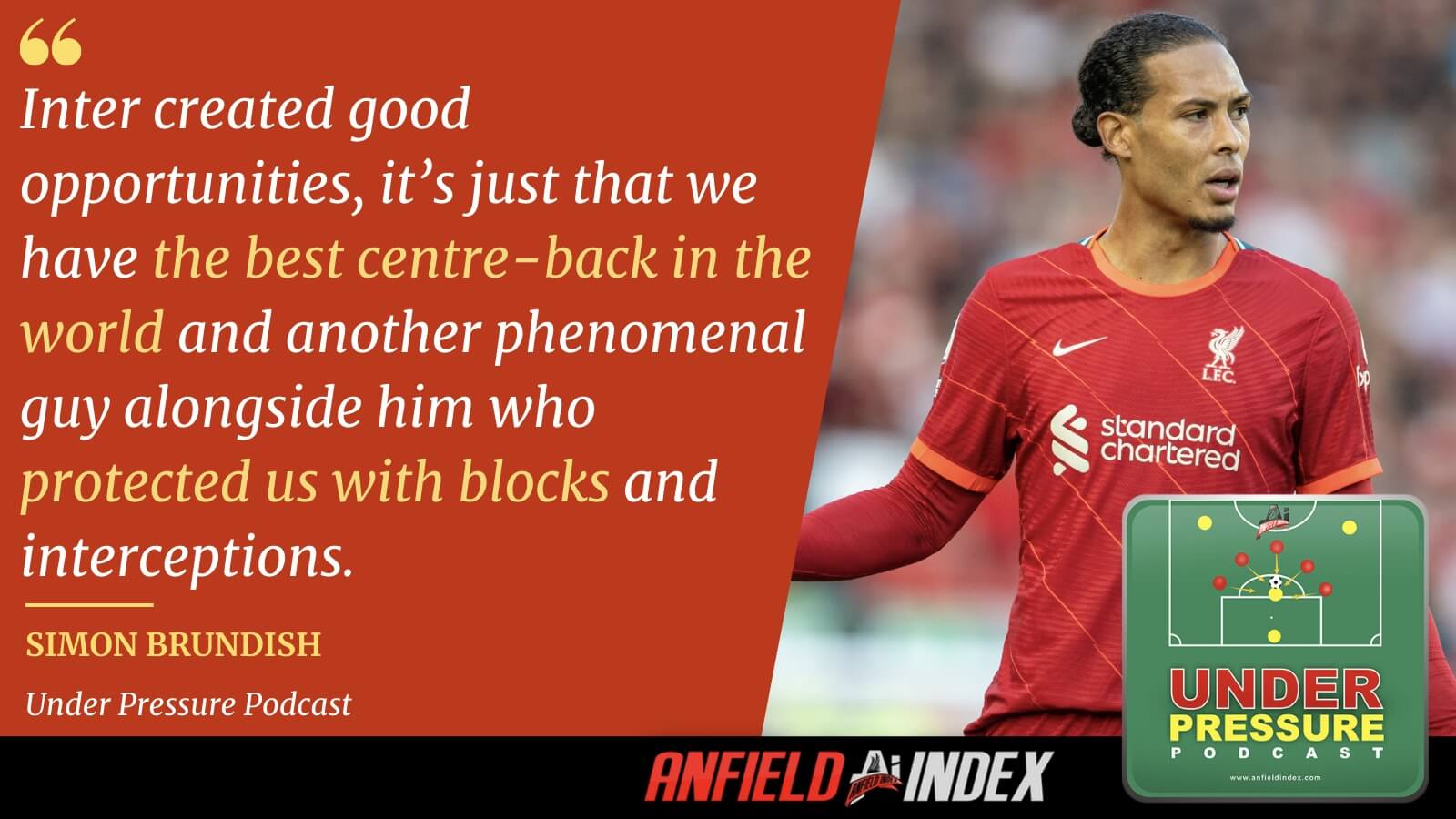 Moving onto the comeback victory over the Canaries on Saturday, while Dean Smith’s visitors did take the lead at the start of the second half, the match itself wasn’t even close at any point. 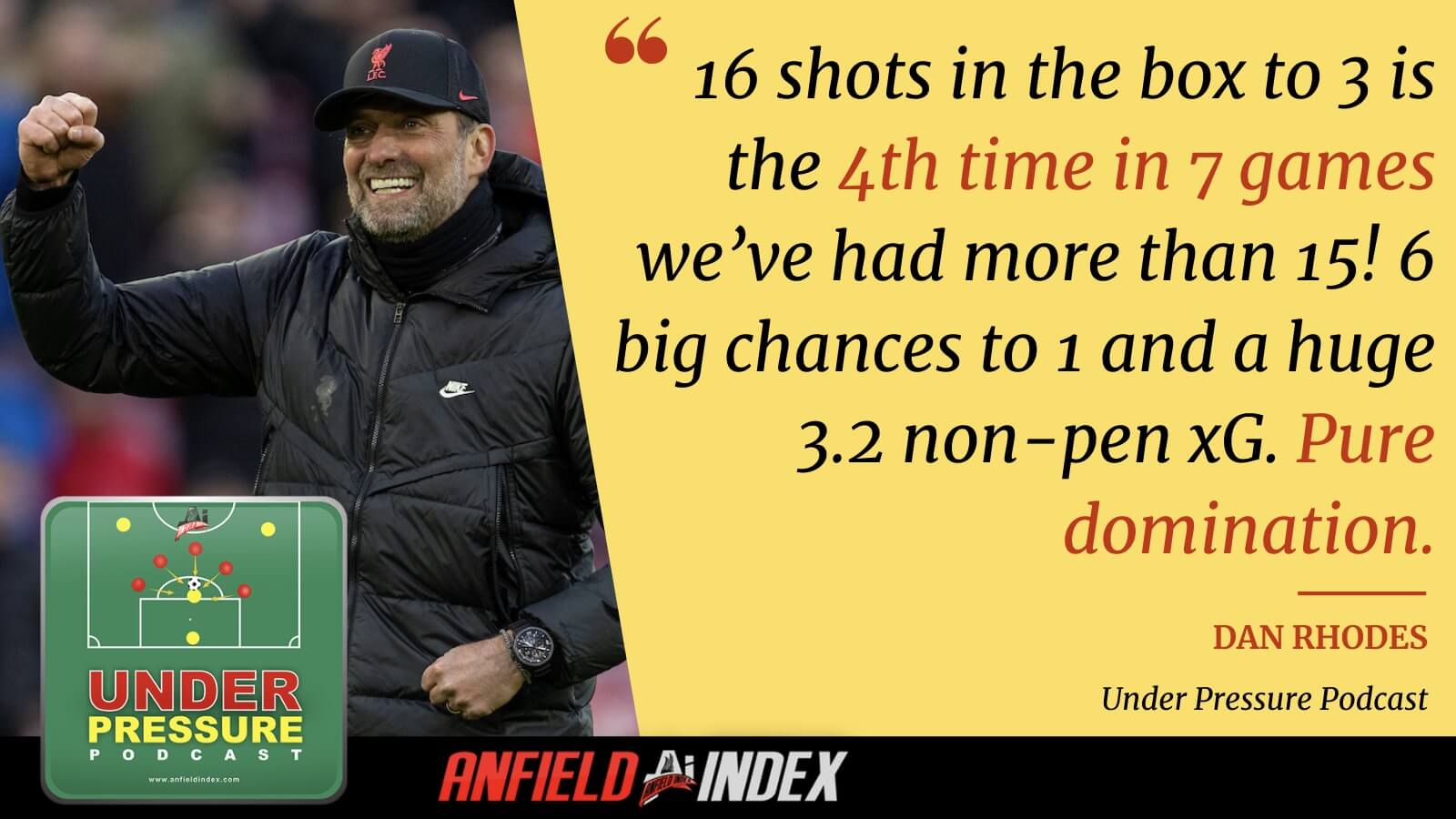 This point was emphasised by Dr Phil Barter, who highlighted that the reaction of some Liverpool fans at half-time was wrong because it was only a matter of time before the goal would start flowing. 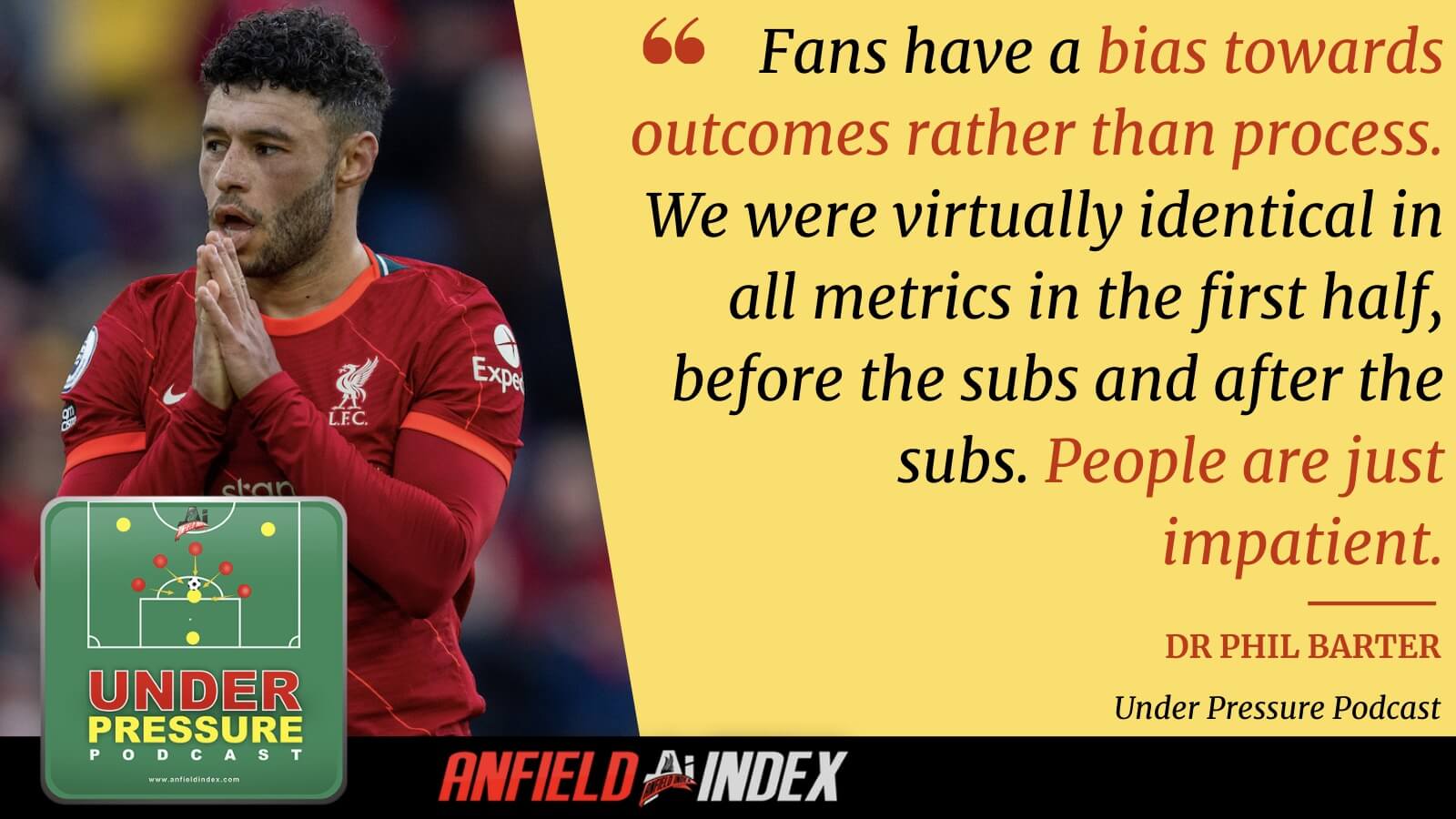 Not only that, but it was one of the standout performances of the season by the best player in the world. Simon discussed how incredible he was in the first half: 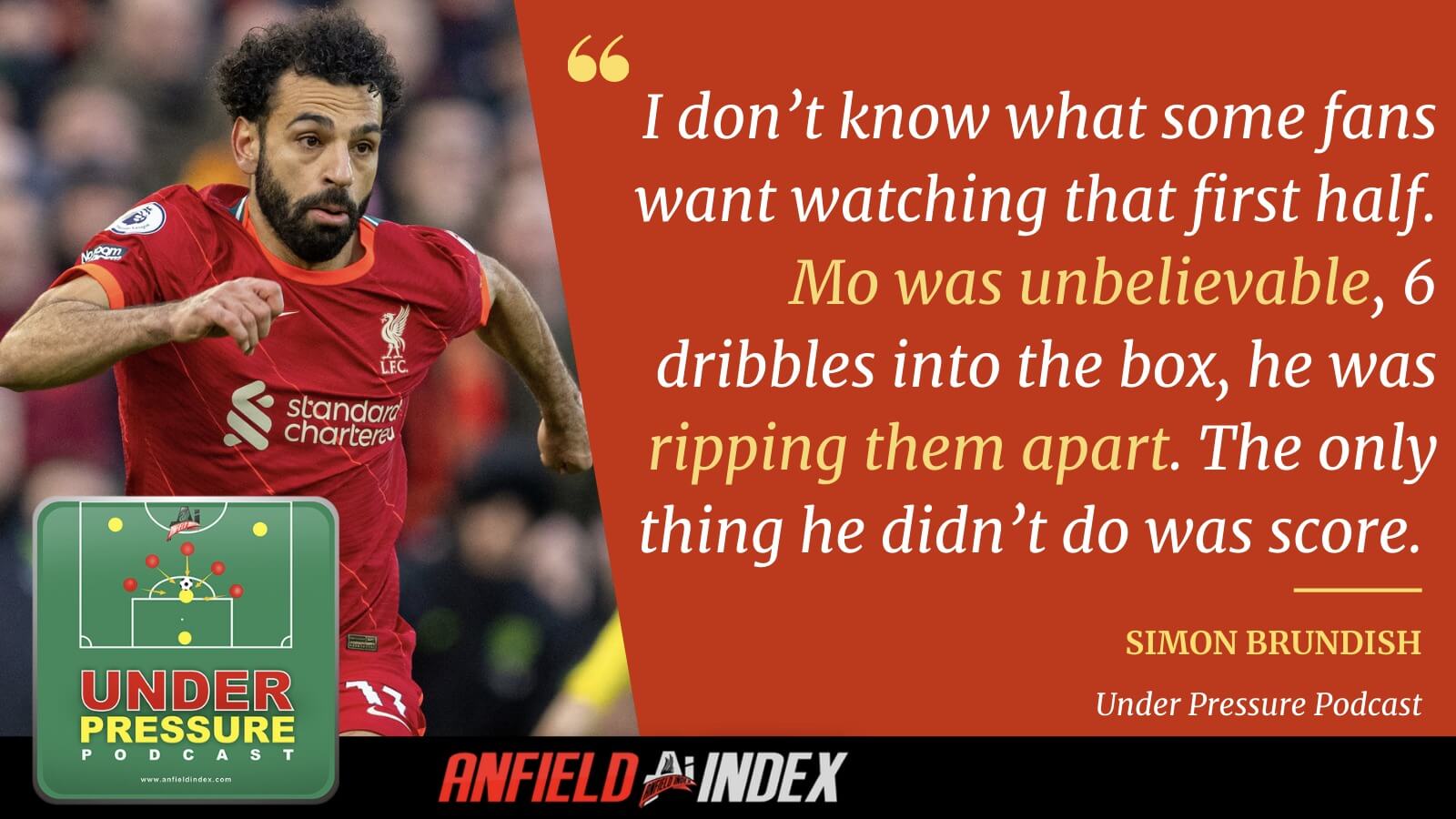 Not only that, but it was Dan Kennett who talked about Salah’s incredible stats line throughout the match – putting in one of the most dominant ninety minutes of his career.

Finally, it was Simon again who did some incredible research of the Reds’ best goalscorers – using LFC history to collate the actual minutes played rather than using the crude metric of appearances only. You won’t get this kind of analysis anywhere else. 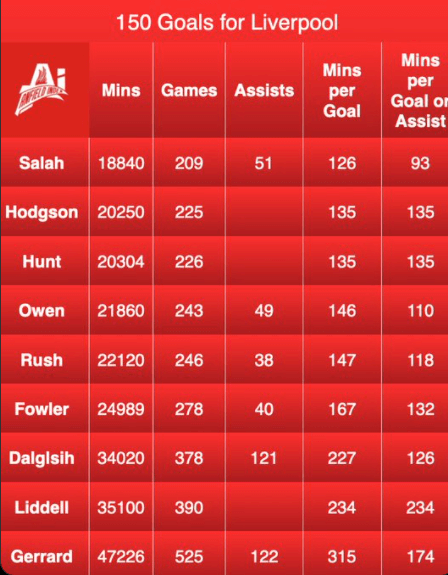