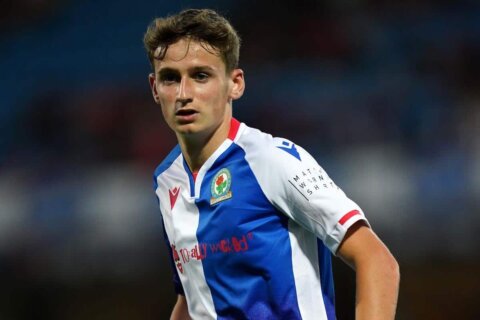 Morton and Blackburn had a very winnable game against 15th spot Birmingham, with Harvey Elliott in the crowd to cheer on his teammate. Blackburn picked up a 2-1 win, and Morton played fairly well, continuing his trend of good performances. Morton registered an assist, a fairly nice cross that Sam Gallagher tapped in during the 17th minute. Morton finished the full 90, and overall had a good outing as Blackburn moved into the second spot. Might we see Blackburn (with or without Morton) in the PL next year?

Koumetio was an unused substitute during Austria Wien’s 2-2 draw with LASK, which is beginning to be a recurring trend for the young Scouser. The draw would be enough to place Austria Wien in 6th.

Jaros started Stockport County’s 2-0 win over Salford, but was unfortunately forced to exit in the 38th minute due to injury after only one save. Still a clean sheet for the young Red, and the win will move Stockport further away from the relegation zone, and the dangerous territories of the National Leagues. 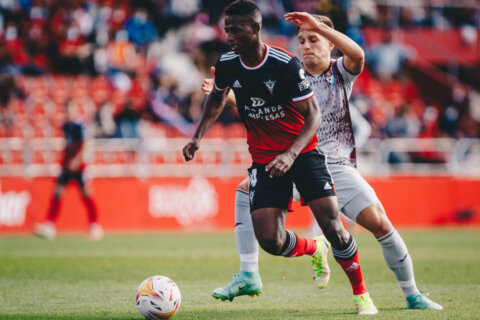 Arroyo started and played the full 90 in Alaves’s 0-0 draw with Sporting Gijon. Fairly uneventful day for the Columbian, as he registered only 42 touches, the least out of any player on the pitch. A win would have been helpful for Alaves, but the point will be enough to keep them in 2nd, 3 points back from Las Palmas, and in a good place to earn their La Liga slot back.

Lewis started for Newport during their 1-0 win against Colchester, and lasted 66 minutes before he was substituted. Lewis recorded the most tackles in the match, and was impressive defensively if nothing else. It’s a big win against a struggling Colchester, which propels Newport further away from the relegation zone, and increases their chances of playing in the Football League for another year. 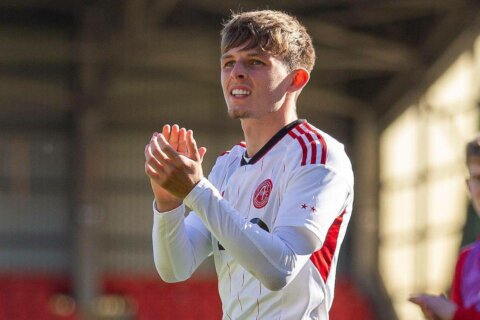 Clarkson started and very nearly went the full 90 in Aberdeen’s 2-1 win over Motherwell. Clarkson didn’t have his best defensive game, but he did create the most chances in the match, and he’s slowly becoming a more important part of a strong Aberdeen side. The massive win was enough to place Aberdeen in 3rd on goal differential, but they remain 7 points from Scotlands “Big 2”, Celtic and Rangers.

Jack Bearne was an unused substitute during Kidderminster’s 2-0 loss to Southport F.C. The loss places Kidderminster in the 14th slot of the National League North.

O’Rourke started, played 90, and scored on Friday night. It’s another good performance from O’Rourke, as Caernarfon Town moves into 5th in the Welsh Premier League.

Pitaluga started and played the full 90 of Macclesfield’s 1-0 defeat to 1874 Northwich. Pitaluga made a good save, but spilled the ball badly on a slow header, which resulted in a tap in for Northwich. Despite the loss, Macclesfield remains in 1st of the Northern Premier League-West.

Van Den Berg remains sidelined with a ligament injury, not expected back until the middle of January. Schalke lost 2-1 to Hertha Berlin, which means Schalke remains dead last of the Bundesliga, with only 6 points from 11 games. Luckily for them, the rest of the league isn’t that much better, and they’re only 3 points away from safety.

Glatzel remains sidelined with fairly uncertain injuries, although the injury is expected to be linked to prior hamstring issues. Tranmere forced their way to a 1-1 draw with Harrogate Town, which puts them in 9th in League Two, absolute mediocrity, but better than absolute shit.

Woltman appeared in the 67th minute of Doncaster’s 1-1 draw with Crewe Alexandra, a fairly uneventful cameo. Woltman had 14 touches in 23 minutes, which isn’t terrible, but also not particularly involved. The draw places Doncaster in the dead middle of League Two, 12th place. 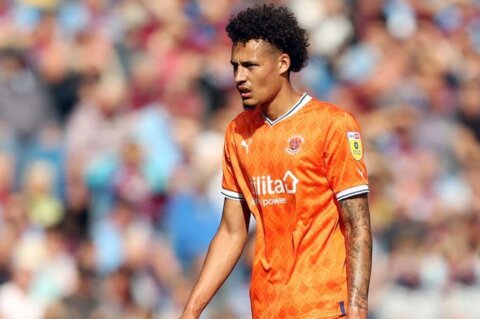 Williams appeared in the 80th minute of Blackpool’s 4-2 win over Preston, entering for Jordan Thorniley due to injury. Williams entered in the 80th, and Preston scored to make it 3-2 in the 89th, so probably not the best omen for a center back, but thankfully Blackpool extended their lead in the 95th. With Thorniley potentially unavailable for a short (or long) period of time, this could mark Rhys’s chance to slide his way back into the starting eleven. The win does help move Blackpool further away from the relegation zone

Neither Beck or Bradley featured for Bolton during their 3-2 win over Accrington. Beck hasn’t been a frequent feature for Bolton this year, mostly because of recurring hamstring issues. Bradley has nearly started every game for Bolton, but today he was unavailable due to a fifth booking picked up last week (which is quite early in the season for a fifth booking). Bolton’s win pushes them into 6th place, a playoff spot, and they will no doubt be looking forward to the return of their fullback duo