Very little in recent times in all honesty, but having been a key part of a young USMNT side that drew attention in Qatar, it was plausible that McKennie would be linked with a transfer. The Daily Mail article saw the American name checked as a surprising option to boost the Reds’ midfield ahead of the season restart. Spurs have also been linked with the Juventus midfielder recently and it wouldn’t be a surprise given the precarious nature of the Turin clubs’ finances as it stands if any of their stars were to depart. 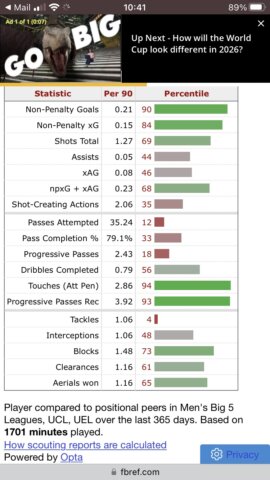 What does he bring?

Given that he’s only 24 years old he has a real wealth of experience, especially on the international stage. The Little Elm native has an impressive 41 caps to his name, 9 goals and didn’t let himself down on the biggest stage of all. Naturally right-footed but with the ability to play anywhere across the middle, McKennie possess real stamina and the ability to consistently press which has been lacking in Liverpool’s midfield this season. The former Schalke man also possess other distinct abilities that could be utilised such as speed and the ability to dribble at pace with the ball. The skill set is obvious and it’s understandable if the reds have looked at him, but there are other factors at play too.

In what’s been a troubled campaign for the ‘Old Lady’, McKennie has been a mainstay of their midfield when fit. Having made 16 appearances across all competitions, a return of three goals and one assist isn’t too bad, especially factoring in notable Champions League strikes against both Benfica and PSG. The Texan did miss the last four games for his club before the World Cup with a muscle injury, but that’s his only absence this campaign. Potential areas of concern could be that his pass volume and completion percentage this year (35 and 79.1% respectively) don’t make for great reading, especially considering an LFC midfielders pass volume sits above 50+. An average of 1 tackle per 90 mins throws up a few red flags too.

It’s difficult but not impossible to imagine this one having a realistic chance. Liverpool already have Arthur Melo on loan from the same club and another short term option doesn’t appear probable. Having been outshone by his international colleagues Yunus Musah and Tyler Adams, it would be odd if McKennie were the American player we were in for. This isn’t to play down his skillset as strong dribbling skills and stamina could definitely be utilised. The red flag around passing and tackling appear too distinct to ignore though. File this one under unrealistic but not impossible.