Everything just feels right again doesn’t it! It’s amazing what a win for the Reds can do and FA Cup replay or not, there were so many positives to take from last night it was brilliant. Most importantly with Chelsea coming up at the weekend, it gave Jurgen Klopp some food for thought and that wasn’t lost on Paul Joyce post match, who asked the manager if ‘anyone had played their way in’. It’s certainly easier this time for us to take a look at the lessons learned from Tuesday nights victory…

Before the match, Klopp promised there would be a response from his men and boy did he get it. Eight changes left a few puzzled as evidenced by Twitter and Discord, but those employed more than took their opportunity. Carvalho and Elliott pressed hard with Gakpo in the front line and the wonder strike from our number 19 was worthy of winning any match. There’s that much you could say and eulogise about Stefan Bajcetic’s performance that we’re going to save it for another section shortly. Even Ben Doak didn’t disappoint in his late introduction. 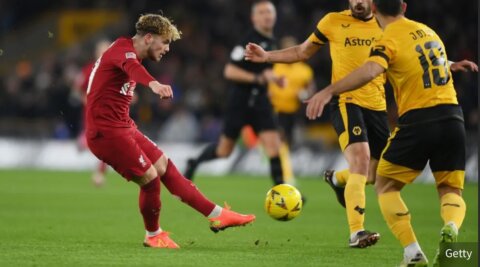 The title maybe slightly misleading though as the likes of Keita and Thiago more than played their part in a performance that showed organisation, fight and a willingness to sacrifice yourself for the cause. Joe Gomez looked like the player of a few years ago with tackles and blocks at key times, whilst Elliott and his manager’s reaction to his 89th minute tackle said it all. The kids were more than alright and Klopp knew it when he said there was more than one man of the match afterwards.

BAJCETIC MASTERCLASS FOR ALL TO SEE

Not an unknown to Liverpool fans by any means, but what a way for Stefan Bajcetic to really announce himself on the big stage. The young Spaniard was exceptional last night and many Reds had him as their man of the match. The former Celta Vigo youngster’s stats were exceptional as he won 100% of his tackles, made two interceptions and three recoveries before being substituted late on. The 18 year old was everywhere and more than earned his Klopp bear hug upon leaving the action. 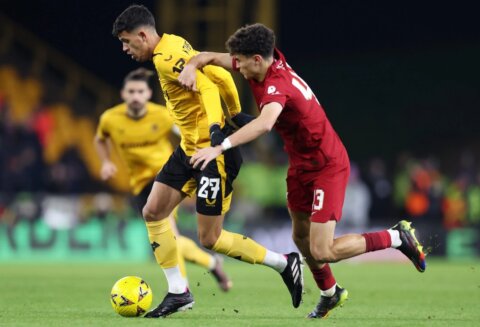 The greatest compliment that you can pay Bajcetic is that he’s given his manager something to think about ahead of the Chelsea game this weekend. Liverpool looked a different side with his energy, aggression and desire to press alongside Keita and Thiago. It wouldn’t be a surprise if he was to be on the bench, especially having suffered with cramp late on but there will be a clamour for his inclusion. This kid looks something special, let’s hope we see more of him in the short-term.

It’s not been the easiest of seasons for any of the players, but Harvey Elliott has found himself under intensive scrutiny for large parts of the campaign. Often stated as an issue for the team whilst occupying a right-sided number eight role, the former Fulham youngster started on the right hand side of a front three and looked more at home from the off. Whilst his wonder strike will naturally take all the headlines, his all round game will have impressed everyone watching.

The 19 year-old pressed from the front, won tackles and linked well with team mates, even as Wolves grew into the contest during the second half. Elliott more than earned his reactions for the goal and last minute tackle and it was telling how exhausted he was at the final whistle. He can’t be blamed for where the manager puts him within the line up, but he looked settled higher up the pitch. Let’s hope a few more wonder strikes and assists come his way before the season ends, as do opportunities in his preferred position.