A sunny afternoon in Birmingham saw the sun shine back on Liverpool, as Aston Villa slid further towards the Championship. In a game where Liverpool didn’t need to be at even half their best, Villa barely put up even a semblance of a fight. Here are my thoughts from the game. 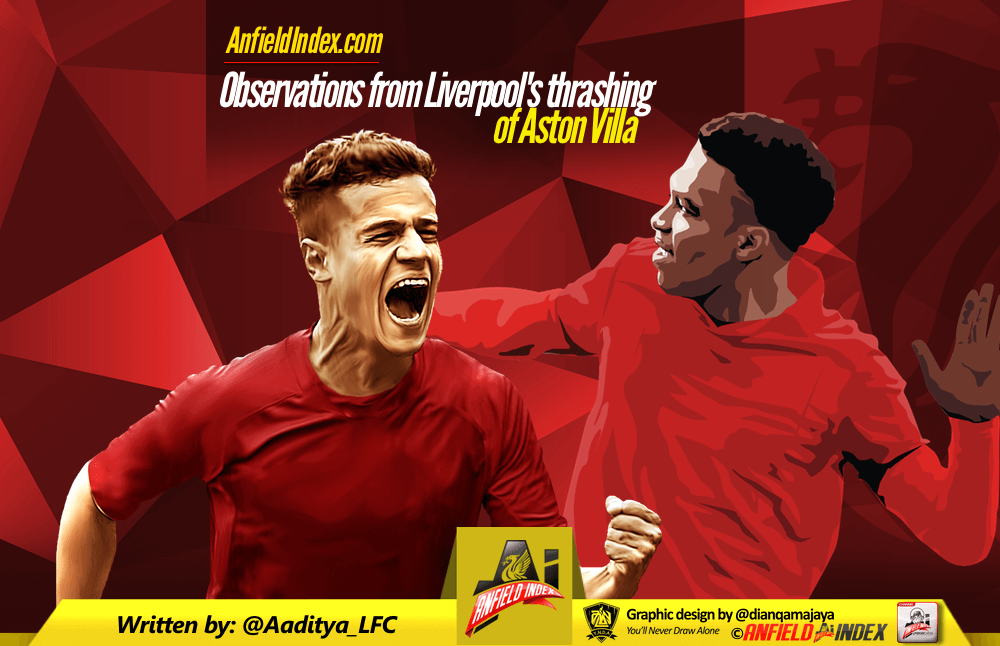