We’ve already looked at Denis Zakaria and Youri Tielemans, but the wildcard name could well be Yves Bissouma. He’s into his third season with Brighton now after the Seagulls signed him ahead of their debut campaign in the Premier League. Graham Potter’s side may have registered only their second win of the season recently, but the Malian has been one of the standout players this term. In open-play, they’ve got one of the best defensive records in the league and the 24-year-old plays a big part in that.

He’s always had the potential, ever since he emerged at Lille, but up until now, he’s failed to really stamp his authority on games for a sustained period. His form won’t go unnoticed, especially not when so many top teams are in the market for midfielders right now.

Manchester United need a replacement for Nemanja Matic and maybe one for Paul Pogba while Manchester City need an heir to Fernandinho. There’s also doubt over whether N’Golo Kante stays at Chelsea. If Bissouma keeps on performing as he is right now, big clubs will come knocking.

In my opinion, though, he seems like a good fit for Liverpool. 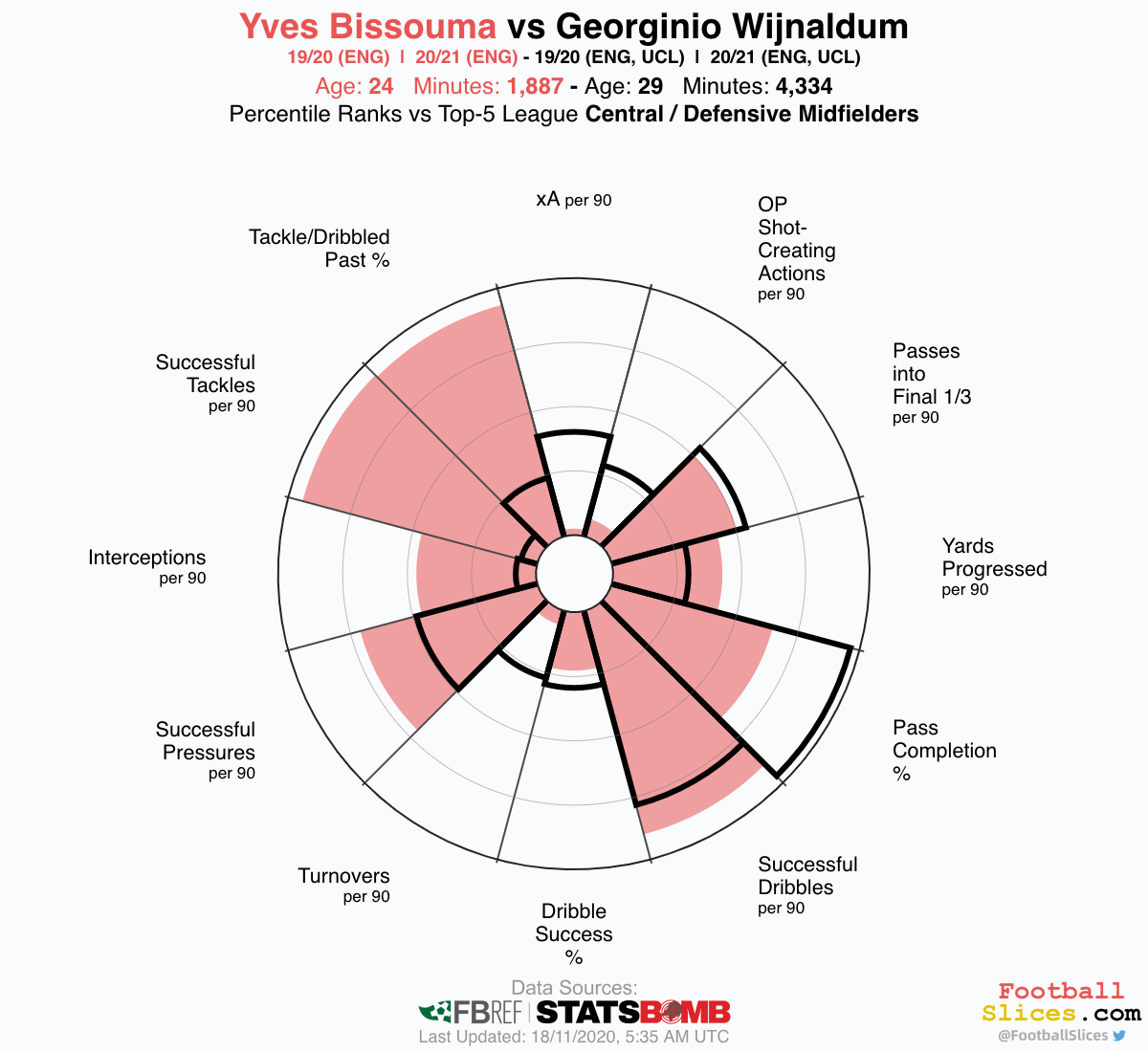 The graphic, per Football Slices, shows he shares a few stats with Wijnaldum. As discussed previously, output is dictated by how a player is used by a team. It doesn’t necessarily mean that is all they can do. However, it’s encouraging to see that he’s doing a similar job to the Liverpool man in the sense he’s not a big risk taker and instead he’s tidy in possession.

He hasn’t got the attacking side to his game that Wijnaldum possesses, as highlighted in the Marginal Pains newsletter, but he does cover a lot of ground and he protects the ball. Those traits might sound boring but they’re a key part of the job for a Liverpool midfielder.

One thing I really like about Bissouma is the fact he rarely goes to ground. He shows a great understanding of where to be and when to make a move. Despite his small stature and frame, he’s often able to regain possession by harassing the opposition. There’s also a touch of Wijnaldum about him with how he manages to slalom past the opposition when it doesn’t look possible. He’s press resistant, durable and consistent. Those three traits combined with the possibility that he’s also unlikely to cost a fortune make him someone Liverpool might be keeping tabs on.